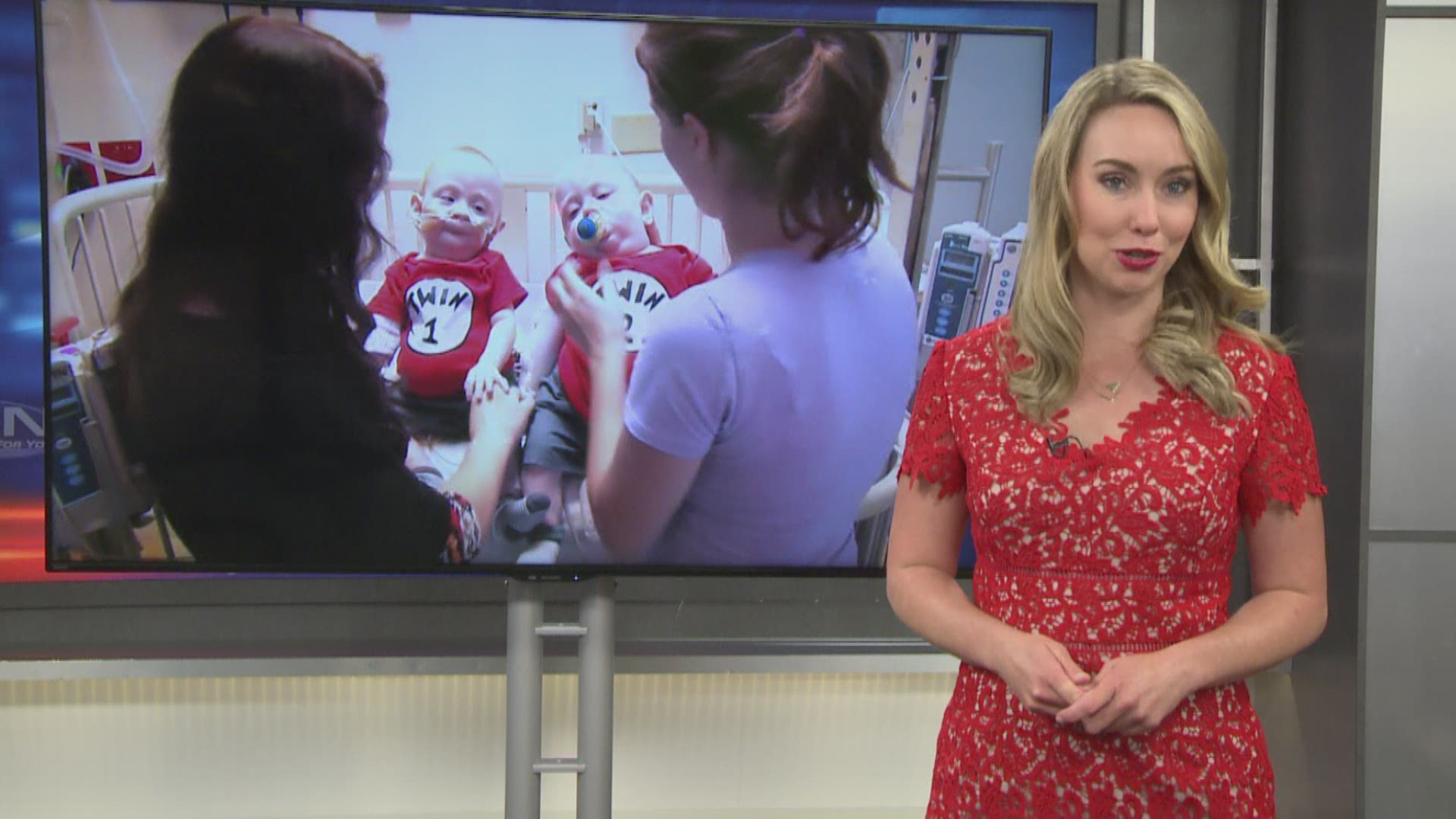 JACKSONVILLE, Fla. - Two little boys won over hearts on the First Coast and all over the world: Jacksonville's only conjoined twins, Carter and Conner Mirabal.

The boys were successfully separated in May of 2015 at Wolfson Children's Hospital and this Halloween was a big night for the boys: it was their first time trick-or-treating!

"They are so happy," told father, Bryan Mirabal, as he pushed their stroller down the street.

Dressed up as a pair of little skeletons, Carter and Conner are rolling along and taking in the sights and tastes of Halloween.

"He is like 'what is that'?" laughs Bryan as Conner tries his first lollipop.

Parents Bryan and Michelle, along with Aunt Jasmine and big brother Gage all dressed up and came along.

"It's been months of all kinds of progress, it has been awesome," says Bryan.

With their blue, plastic pumpkins filling with candy, the real treat are the sweet steps Conner has started taking. On wobbly legs, he took a few steps down the Riverside street.

It brings a smile to everyone's face because in the beginning, doctors weren't sure the boys would even walk.

"They were talking about their little wheelchairs and stuff and now they are walking. So none of that," says Bryan.

"None of that!" echoes mom, Michelle with a smile.

The boys are even starting to talk. Michelle says they are saying words like Mama, Dada, mine, Gage and bye-bye. They only have one hurdle left to face.

"We are waiting on them to develop good eating and drinking habits," explains Bryan.

That has been an on-going challenge for the twins that were conjoined at the abdomen.

Yet from the looks of things, Conner definitely enjoyed his first lollipop and both enjoyed their first trick-or-treating!