Darrius Stewart, 17, and Keith Keshawn Harris, 16, were arrested March 20 in connection to the murder of airman Shawn Mckeough during a gas station robbery. 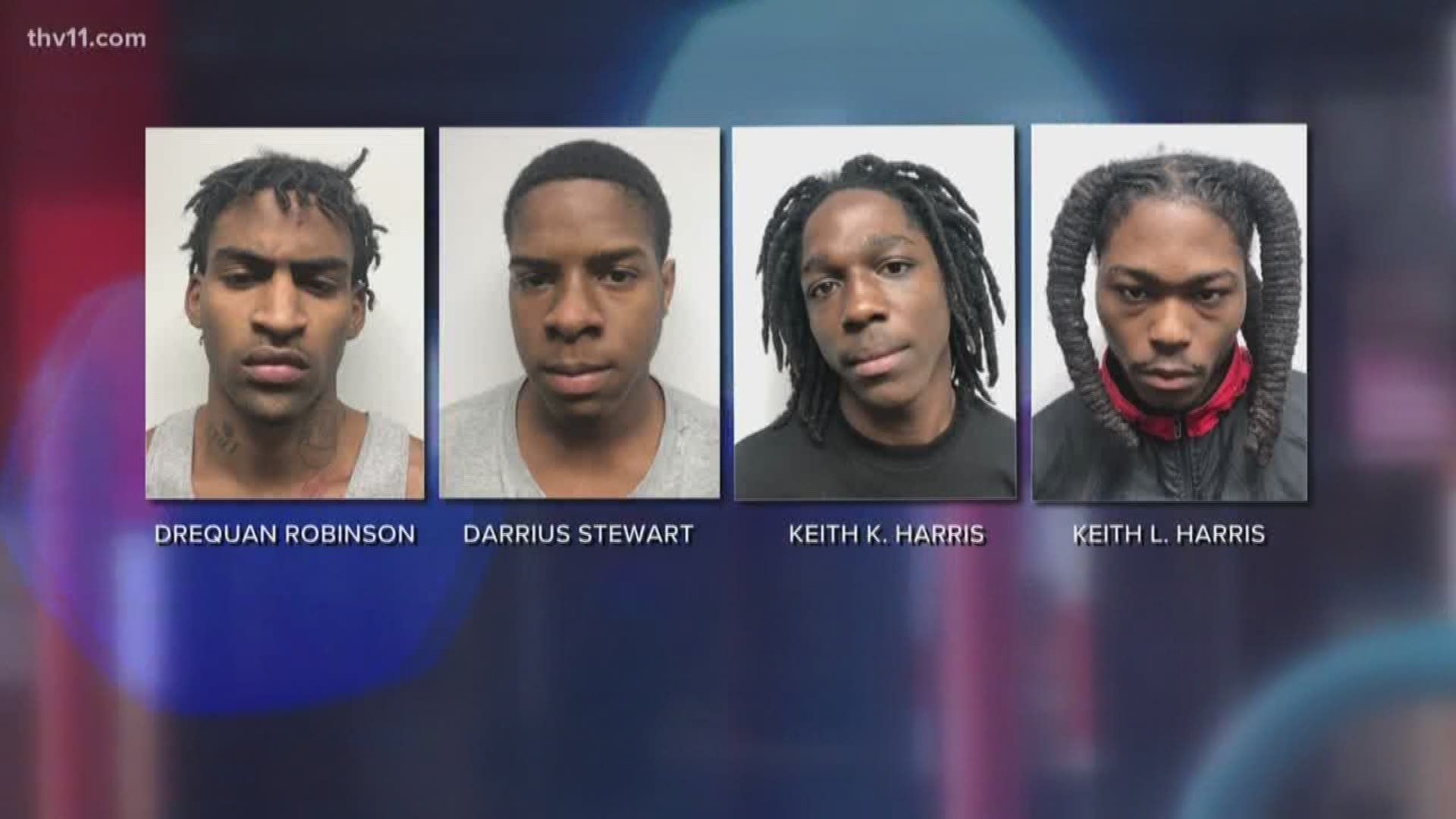 A total of four teenagers were arrested this week in connection to the murder of U.S. Airman Shawn Mckeough who was shot and killed trying to stop an attempted robbery in North Little Rock. They’re being charged with capital murder and aggravated robbery.

The second armed suspect seen in the surveillance video wearing the panda hat has been identified as 17-year-old Darrius Stewart. Police arrested him Tuesday, March 19 along with the alleged driver, 16-year-old Keith Keshawn Harris. They are being charged as adults.

RELATED: Another 18-year-old arrested in the murder of an airman in North Little Rock

According to his friends, the 23-year-old U.S. Airman, Shawn Mckeough, was stopping at the Valero on Broadway in North Little Rock on his way home from dinner on March 15. While he was inside, two armed men with their faces covered entered the store, waved their guns around. Documents tell us they ordered everyone to get on the floor. That’s when Mckeough tackled Stewart.

Drequan Robinson, 18, allegedly then shot Mckeough at least once, killing him. Both men then ran to the getaway car parked about a block away.

Keith Keshawn Harris, 16, has been identified as the driver of the vehicle.
He and his brother, 18-year-old Keith Lamont Harris, waited in car during the incident.

According to detectives, Keith Keshawn Harris was wearing a GPS ankle monitor. Tracking records show that at the time of the shooting, he was one block away from the Valero.

The first two men arrested, Drequan Robinson and Keith Lamont Harris, pleaded not guilty Tuesday and are being held without bond. Darrius Stewart and Keith Keshawn Harris are expected to appear in court Thursday, March 21.

RELATED: Suspects in murder of airman during gas station robbery plead not guilty