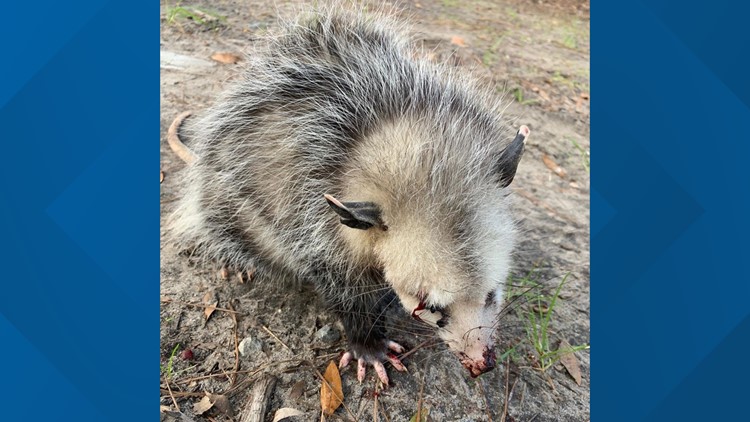 Photo by: Wildlife Rehab of Greenville

HILTON HEAD ISLAND, S.C. — UPDATE: After investigating the allegations, the South Carolina Department of Natural Resources says it is unable to confirm the reports of animal abuse posted on social media. SCDNR says it conducted multiple interviews with people involved in rescuing the injured opossum. The person who stopped to help the animal told the agency there were no golfers, or any other people, in the area at the time. SCDNR says it takes all allegations of abuse very seriously, and it will continue to investigate.

A baby opossum is recovering after being beaten by a group of golfers in Hilton Head, South Carolina.

Scarlett, estimated to be under two, was left blind and with a broken jaw.

In a post on Facebook, Wildlife Rehab of Greenville said it's hard to imagine why anyone would do this to her. She's only two pounds and still has baby teeth.

A veterinarian treating her believes she can recover.

According to Havahart, when threatened, an opossum will hiss and show its teeth to try to ward off a predator. If this doesn't stop the predator from attacking, the opossum will pretend to be dead, falling to its side, curling up and opening its mouth.