A group of people protesting the death of Bradley Blackshire asked to speak to the police chief for answers concerning the officer-involved shooting. 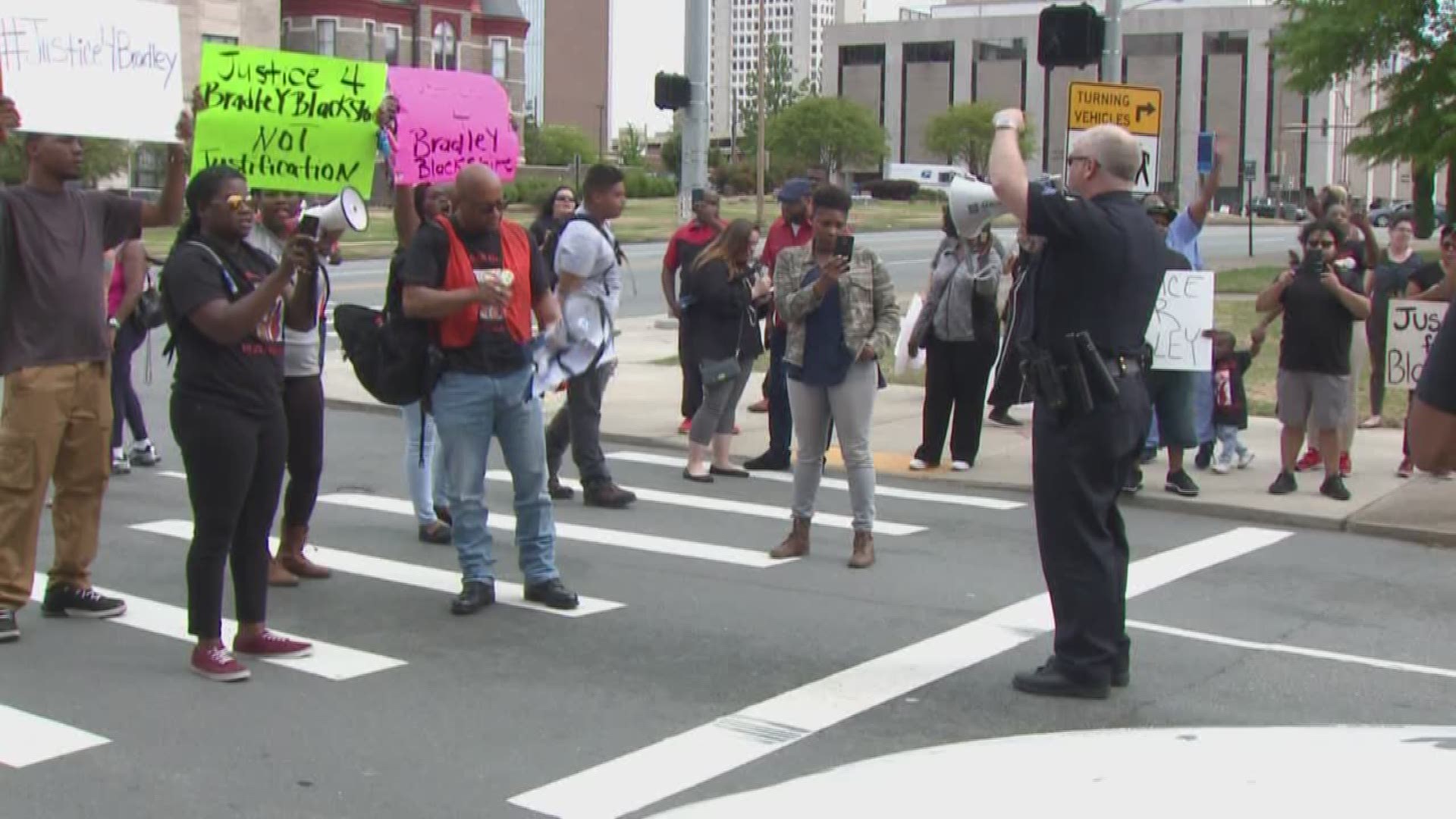 Little Rock Police Officer Charles Starks shot and killed Blackshire on Feb. 22 near the intersection of 12th Street and Rodney Parham. Starks stopped Blackshire in a parking lot there as he drove a car that was reported stolen, according to police.

Police say Blackshire initially pulled over but disobeyed Starks' orders to get out of the car and instead drove forward, hitting the officer, who fired his weapon and shot Blackshire multiple times.

The case is under review by the Pulaski County Prosecuting Attorney’s Office.

“I just pray that there are charges filed against the officer that killed my son because we feel that it was unjust,” Blackshire’s mother, Kim Blackshire-Lee, said.

Organizers of Tuesday’s protest also called for Starks’ termination from LRPD, the creation of a Citizens Review Board, and required use of body cameras by all Little Rock police officers.

Police closed the intersection of Broadway and Markham and the Broadway Bridge.

Officers ordered the protesters to clear the street. The group asked to speak with newly-inducted Police Chief Keith Humphrey, who arrived moments later.

A man who identified himself as Blackshire's uncle expressed frustration regarding Officer Starks’ current status of receiving a salary while still on administrative leave.

"While he is sitting back on his butt applying for jobs at other departments, getting paid a salary, Bradley is still in the grave," the protester said.

The group also voiced concern about the amount of time it has taken prosecutors to reach a conclusion regarding criminal charges.

"In my experience ... this is never easy because this does take time," Chief Humphrey told the crowd.

Humphrey said he cannot speak on behalf of Prosecuting Attorney Larry Jegley but plans to meet with him on Wednesday.

"I can't promise y'all anything because I don't have control over that part of it," Humphrey said of the prosecution.