Botham was tragically killed in his own apartment last year. Amber Guyger, 31, was off duty but still in uniform when she shot 26-year-old Jean. 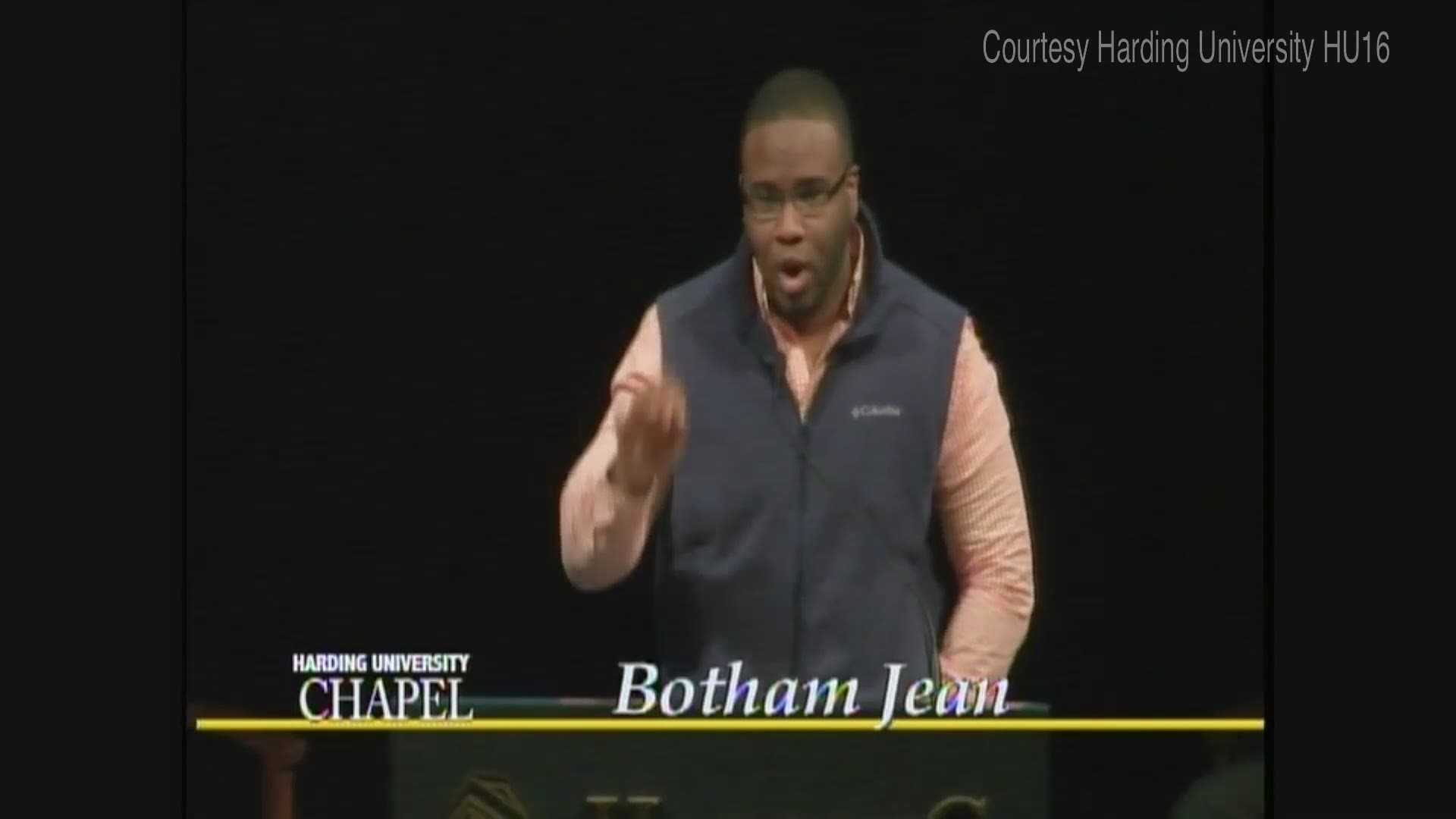 SEARCY, Ark. — Harding University is keeping Botham Jean's name alive by honoring four students with a scholarship in his name one year after his tragic death.

"One per class. Freshman, sophomore, junior and senior," Frazier said.

Each student gets $5,000 per year. The scholarship is given to minority students who show leadership skills like Botham.

"These students were handpicked. It wasn't an open application process," Frazier said.

The scholarship is also mostly funded by PWC, the accounting firm Botham worked for in Dallas.

Frazier said that is enough to keep both the scholarship and Botham Jean's name alive for decades to come.

"It becomes important for the students that get it to understand the story of Botham Jean, what he meant to the college and the PWC," he said.

Yui Kondo, a senior at Harding, is one of the four students receiving the scholarship. She did not know Botham personally but said the scholarship is a constant reminder of him.

"I think as sad as it is, the more years it goes on it's easy for us to forget," Kondo said. "I was just really honored."

Botham was tragically killed in his own apartment last year. Amber Guyger, 31, was off duty but still in uniform when she shot 26-year-old Jean. She was returning home from work and said she mistook the accountant for an intruder, believing she was in her apartment, police records show.

She lived one floor directly below Jean. She was found guilty for the murder of Botham Jean on Tuesday, October 1.

(This article has been updated to include a photo of the recipients and the guilty verdict for Amber Guyger.)