A bronze monument bearing Botham Jean's image will be placed in front of the American Heritage Building at Harding University. 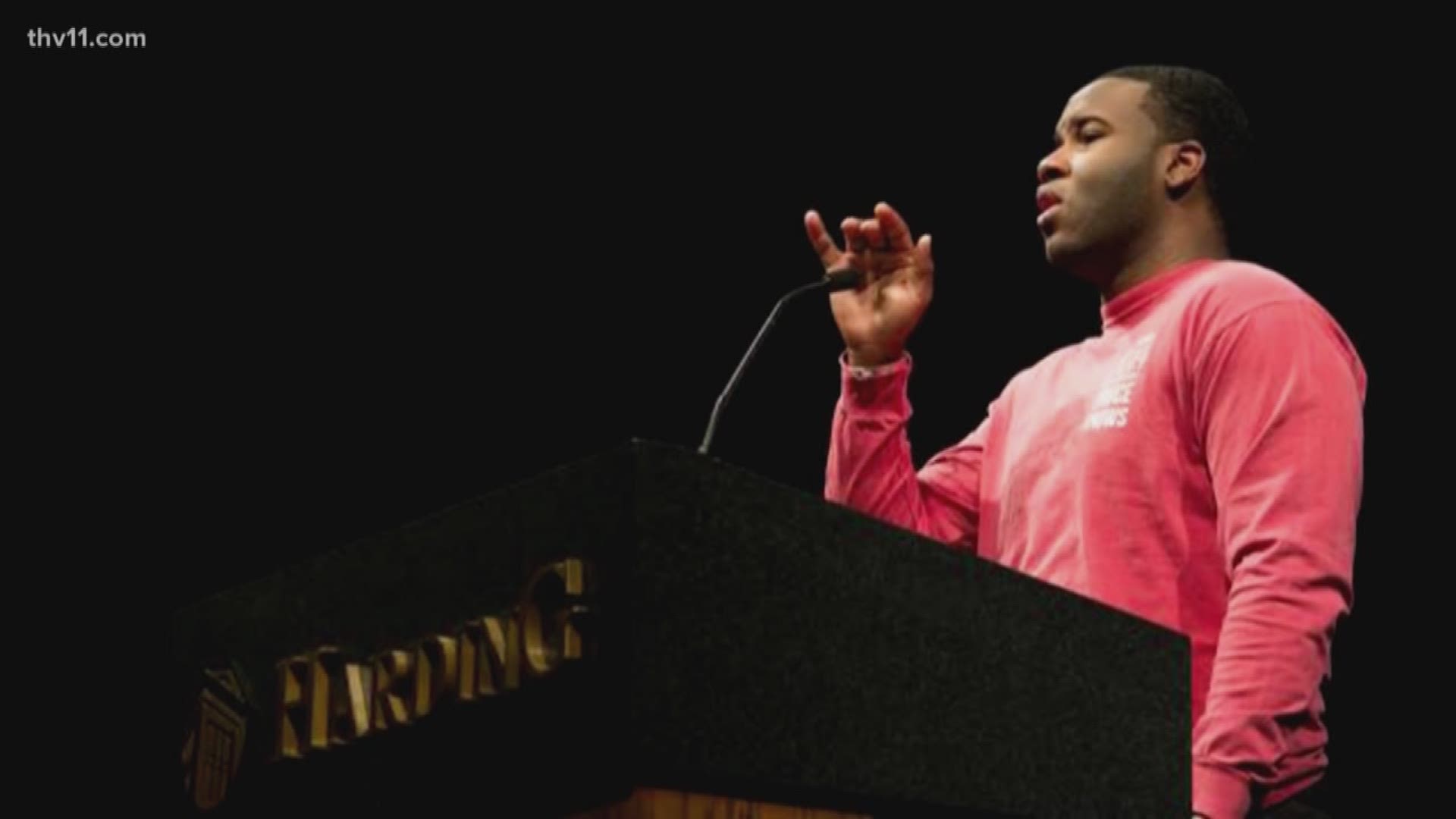 Harding University President David Burks announced that the University will remember and honor the life of Botham Jean by placing a bronze monument bearing his image in front of the American Heritage Building.

Jean was a 2016 alumnus of the University from St. Lucia. He was killed in his apartment by former Dallas police officer Amber Guyger, who said she mistakenly thought it was her apartment and he was an intruder. Guyger was off duty at the time of the shooting, which occurred in September 2018.

Further, the Botham Jean Inspiration Award has been created to be given annually to a member of the Harding community for demonstrating exceptional faith and perseverance and serving as a role model for all. This award will be presented each year at Homecoming.

“Botham was a unique and influential leader on our campus,” said President Burks. “I loved his smile, the way he led singing in chapel and at church, and his enthusiasm for life. I believe that the bronze monument and the new Inspiration Award in his name will help generations to come remember Botham Jean and his Christlike influence. We are looking forward to a dedication ceremony honoring his life that will be held on or around his 30th birthday in September 2021.”

In addition to the Inspiration Award, two scholarships were established in 2019 and are given annually in memory of Jean. The Botham Jean Memorial, created by Jean’s parents Bertrum and Allison Jean, is given to students who have lived in the Caribbean.

A second scholarship established by the Paul R. Carter College of Business Administration, in cooperation with PricewaterhouseCoopers, Jean’s employer, is given to historically underrepresented populations as they pursue degrees within the Harding College of Business.

“The University felt it was important to honor Botham, simply because he was one of Harding’s rising stars that was taken from us too soon,” said Jessica Berry, admissions counselor and close friend of Jean. “I feel it is important to celebrate his life, because this will help project a positive image of young Black men in our country. This monument will give everyone a chance to learn about the impact Botham had on the Harding community."

There also will be monuments constructed near the building to honor these two distinguished alumni along with the first African American undergraduates to enroll and the first to be awarded graduate degrees.