3 things to know about e-cigarettes

E-cigarettes are a relatively new device and much is still unknown about its potential to cause health problems. 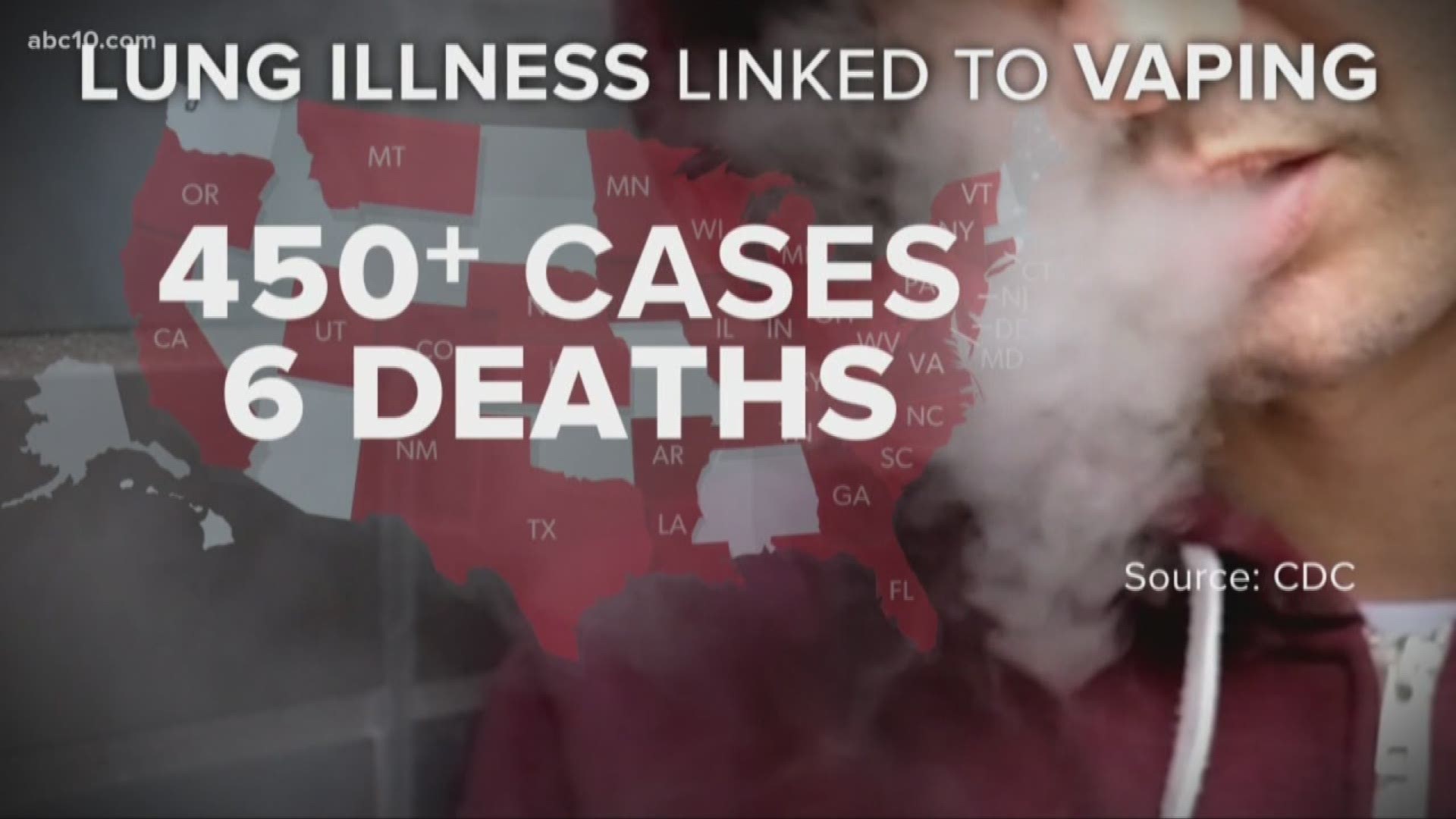 SACRAMENTO, Calif. — There have been over 380 vape-related illnesses throughout the country, including one case in Loomis.

The Centers for Disease Control and Prevention said a lung illness found in people with a history of e-cigarette use or vaping, has been reported in 36 states and 1 U.S. territory. They also said six deaths have been reported from six states.

E-cigarettes are a relatively new device and much is still unknown about its potential to cause health problems.

So how was it created and how did it become so popular?

A Chinese inventor created the e-cigarette to help stop his heavy smoking, which killed his father, according to The Guardian.

Here are three other things you need to know about e-cigarettes.

People tried their hand at creating a device that aimed to create a healthy version of smoking. However, Chinese pharmacist Hon Lik was the first one to develop an e-cigarette successfully, according to the Financial Times.

The Netherlands company Fontem Ventures bought Liks patents for $75 million from Dragonite in 2003, a Hong Kong company that Lik set up years before.

Juul Labs, which was founded in 2015, took control of more than 70% of the United State's vaping market.

RELATED: Juul warned by FDA over claims its e-cigarette is safer than smoking

All e-cigarette devices have a battery that powers a resistance wire. The resistance wire is stored in a metal component called an atomizer, said Brian Heacox, owner of Vape Bunker by Doomsday Gourmet.

The atomizer uses the e-juice and turns it into vapor, which is then expelled from the mouthpiece.

If you've ever seen someone vaping and wondered why e-cigarettes produced so much thick smoke as opposed to other tobacco products, it's because of vegetable glycerin.

Heacox said one of the falsehoods people may have of vaping is that it contains antifreeze. However, there is an ingredient that is associated with antifreeze and embalming called propylene glycol.

Propylene glycol is used in embalming to keep the tissue soft, and it's also used to preserve food. Heacox said the additive increases flexibility in the lungs.

Why are e-cigarettes flavored?

President Donald Trump said his administration would propose banning thousands of flavors used in e-cigarettes amid an outbreak of breathing problems thought to be tied to vaping. Why do vape products have flavoring in the first place?

Heacox said vaping manufacturers are against a ban on flavoring because it would make it harder for people to quit smoking. He said having flavors like strawberry shortcake gives someone an incentive to use e-cigarettes as opposed to the non-electronic variety.

Heacox said unflavored vape products have an ugly, fish-like taste. And if using an e-cigarette tastes like smoking a regular cigarette, people will want to smoke those instead.