The milestone is expected just before Christmas as the leading medical dispensary expects to have sold 1,000 pounds of marijuana. 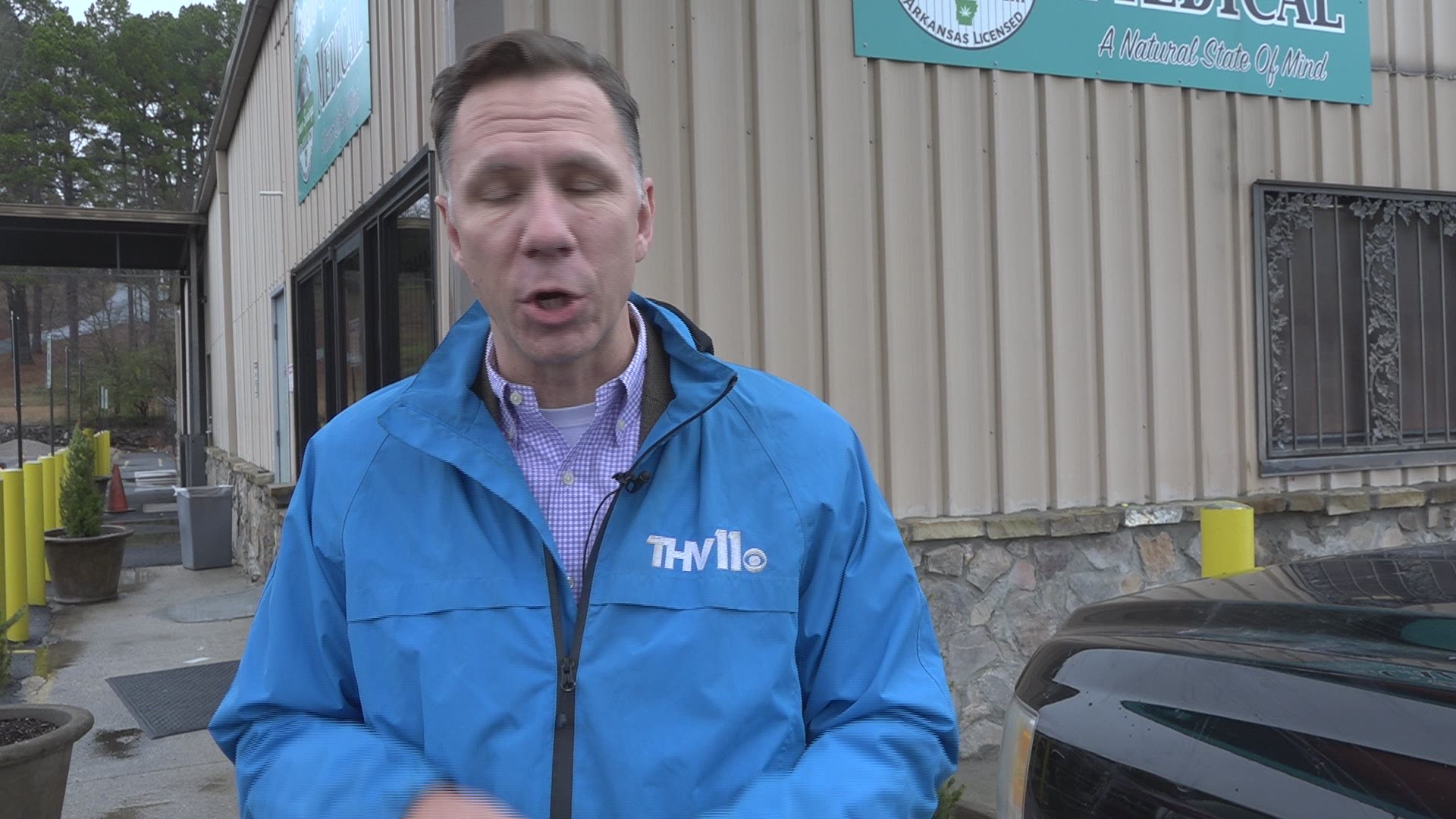 HOT SPRINGS, Ark. — A marijuana milestone is expected just before Christmas in Arkansas when the leading medical dispensary expects to hit the 1,000 lbs mark in sales.

Green Springs Medical in Hot Springs will hit the half-ton mark in a little more than half a year of being in business.

"The best thing about this whole endeavor has been helping people," said Dragan Vicentic, the CEO of the dispensary off Golf Links Road.

"We are hoping that the 23rd of December we will hit 1,000 pounds of sales, and that's a first for any dispensary in Arkansas."

Vicentic has said all along that helping people find an alternative to opioids is the main reason he got into the growing business of medical marijuana. Green Springs Medical missed being the first in the state to legally sell the product by a few hours back in May.

They have blown past the competition ever since.

"As part of our compassionate care program, we said we would try to get product to people at a cheaper rate," Vicentic said to explain how volume has helped put so much product out the door.

"That's why we offer the five dollars per strain, and it's just helped a ton of people."

Prices have remained high ever since the carnival atmosphere of the first stores opening more than two years after voters approved a constitutional amendment to legalize medical marijuana.

Since May, only two cultivators have managed to deliver product in the highly regulated Arkansas system.

For Vicentic, the golden road has had some potholes, including having to go to court in a dispute with his former business partner, Bruce Simpson. Vicentic said it hasn't affected operations or the foot traffic from loyal patients.

"We have 350 people every day that come through our doors and it's just phenomenal to be able to help that many people," he said.

MORE ON MEDICAL MARIJUANA IN ARKANSAS: