The surgeon general says parents need to get aggressive about protecting their children from *any* type of smoking, including e-cigarettes. 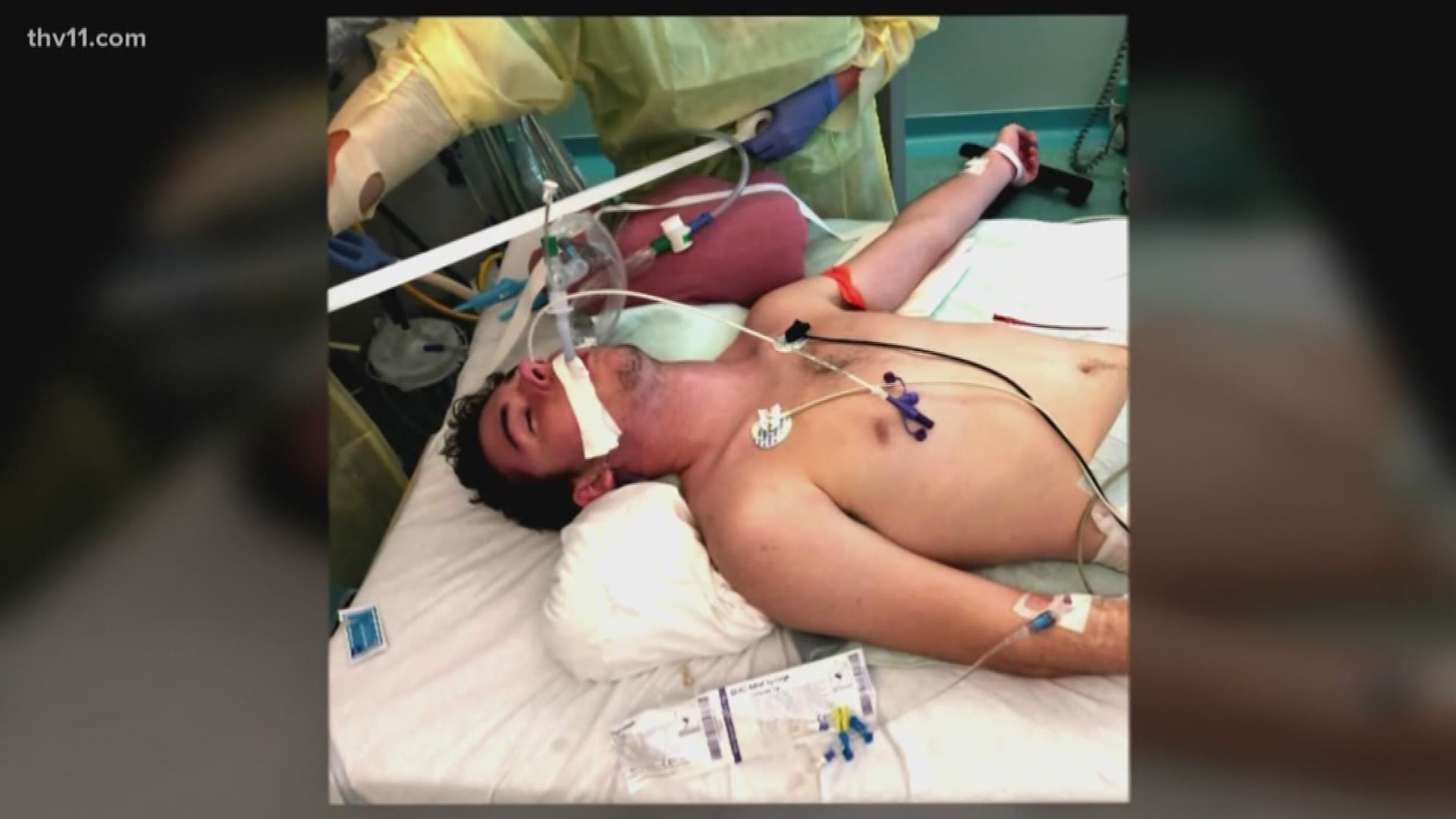 LITTLE ROCK, Ark. — The more cases of vaping related illness and lung failure among teens who vape come out of the woodwork, the more the narrative on the "safe alternative to smoking" seems to change.

This week, the internet buzzed after a story of a Texas teenager's lung failure being linked to vaping spread like wildfire, causing a collective question to arise.

Is vaping a safe alternative to smoking cigarettes?

On the CDC website, it states: "E-cigarettes have the potential to benefit adult smokers... if used as a complete substitute for regular cigarettes and other smoked tobacco products."

But, patients are now being hospitalized for severe lung damage, following e-cigarette use. Most of them adolescents. The CDC does say e-cigarettes are not safe for youth.

According to the Arkansas Department of Health, the evidence is insufficient to say that it is a safe alternative to traditional cigarette use.

Dr. Appathurai Bala with the ADH said that even though vaping doesn't have the high amount of carcinogens that traditional cigarettes have, that doesn't make it safe. "It does have nicotine and other substances like diacetyl and formaldehyde and products that have been shown to be injurious to the lungs and individual."

The surgeon general says parents need to get aggressive about protecting their children from *any* type of smoking, including e-cigarettes.

In Florida, one teenager blames his year and a half of vaping Juuls for his collapsed lung. The 18-year-old posted on Instagram videos showing his chest before and after the surgery to repair what turned out to be a hole in his lung.

His surgeon said his lungs were inflamed, which could have been caused by vaping.

Health authorities are now investigating other kinds of severe lung illnesses associated with vaping, with reports of acute lung injuries appearing just after a week of use.

Doctors in Arkansas are watching closely to these studies. "Studies have shown the liquid used in vaping—e-liquid— has components like diacetyl which is known to cause popcorn lung disease - or bronchiolitis obliterans," Dr. Bala said.

Arkansas lawmakers are concerned, too. Enough that they raised the age to buy or possess tobacco, vaping liquid, or any smoking-related product to 21.

The law goes into effect on September 1, with only those who have a military ID card, or who will turn 19 by the end of this year, will be exempt.

RELATED: Vaping suspected of causing 8 teens to be hospitalized in Wisconsin