The FDA said manufacturers should add a warning, highlighted by a box, to the information given to patients wanting implants about possible risks and complications. 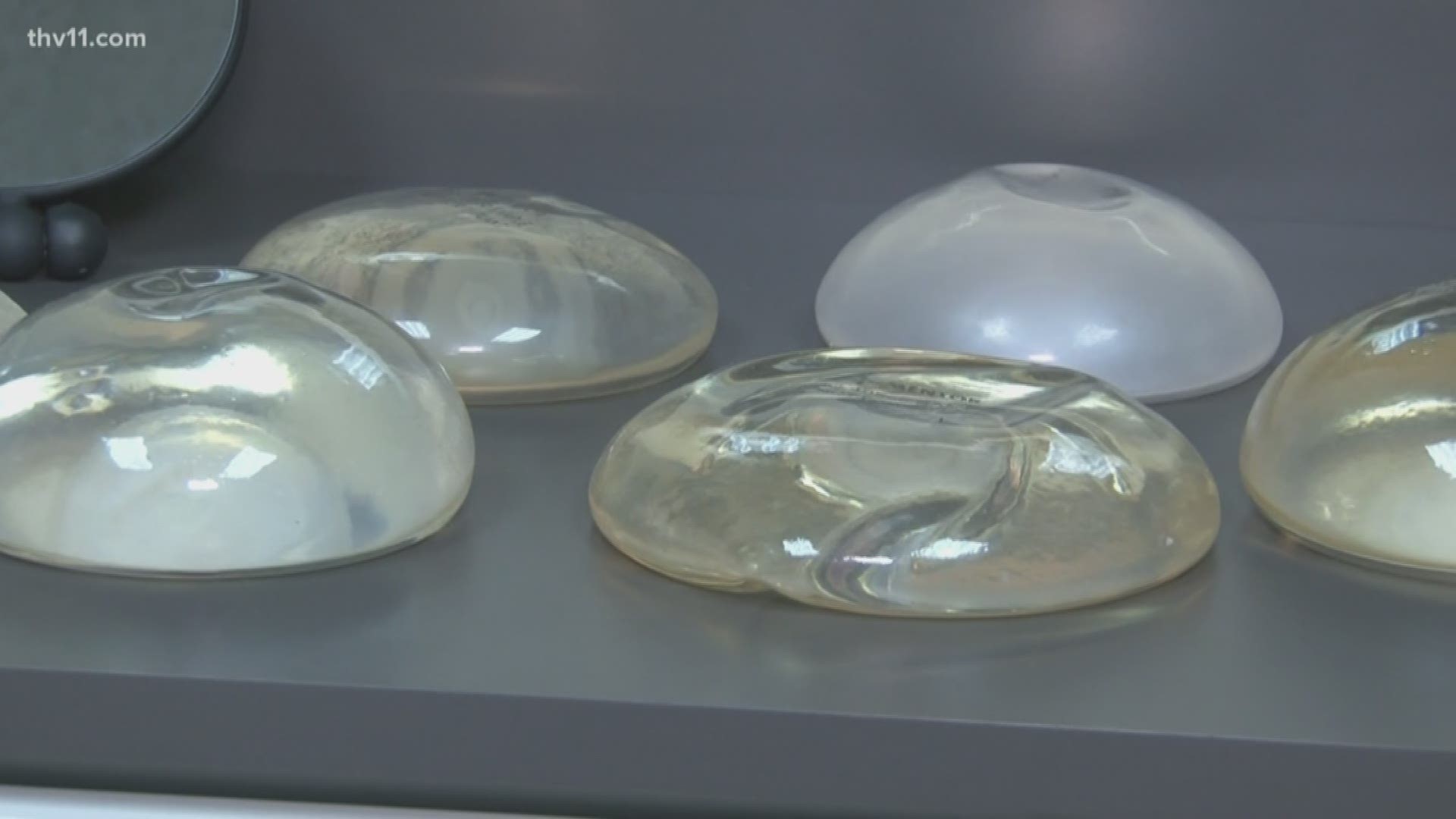 LITTLE ROCK, Ark. — A Little Rock plastic surgeon that has performed hundreds of breast implant removal surgeries said he is not surprised the FDA is recommending its first warnings against implants.

Wednesday the Food and Drug Administration issued its most serious recommendation. It said manufacturers should add a warning, highlighted by a box, to the information given to patients wanting implants about possible risks and complications.

"It’s a pretty strong warning. I think it shows that the complications that women are experiencing related to these implants is for real and that the FDA is taking things seriously," Dr. Eric Wright said.

Dr. Wright sees women traveling to Little Rock from all over the world to have their implants removed by him. He performs close to 400 of these surgeries a year.

“Numerous ladies are having unexplained systemic complications that we were not exactly sure if it was related to the implants, but once we remove them, we see improvement in their overall medical condition," Dr. Wright said.

Kristi Jones is one of Wright's patients who had the implant removal surgery done in July. She had her implants put in eight years ago, and said she started to suffer from complications about a year later.

After the surgery, she said most of her symptoms cleared up almost immediately.

"Women all around the world have very similar stories after having breast implants," she said.

The FDA is also recommending patients complete and sign-off on a checklist about other risks like pain, ruptured implants and cancer. Dr. Wright said some women have developed lymphoma around certain types of textured implants.

“It actually lead to one of the companies removing the textured implant in July," he said.

Dr. Wright also said the FDA found some patients had ruptured implants and were unaware this could happen, along with the other symptoms.

"A lot of them will say they weren’t informed when the implants were placed," he said.

Jones said she is one of those patients who was never informed about complications, but she said she is grateful something is being done so other women don't have to experience what she went through.

"Just like a surgeon would talk about their complications for any surgery, it should be addressed for cosmetic reasons as well," she said.

Dr. Wright said the FDA will take public comment from patients and doctors on the proposed guidelines before adopting them officially.