"If you can do something that's natural for your body, not synthetic, not made in a lab, and doesn't have addictive side effects, I think it's a win-win." 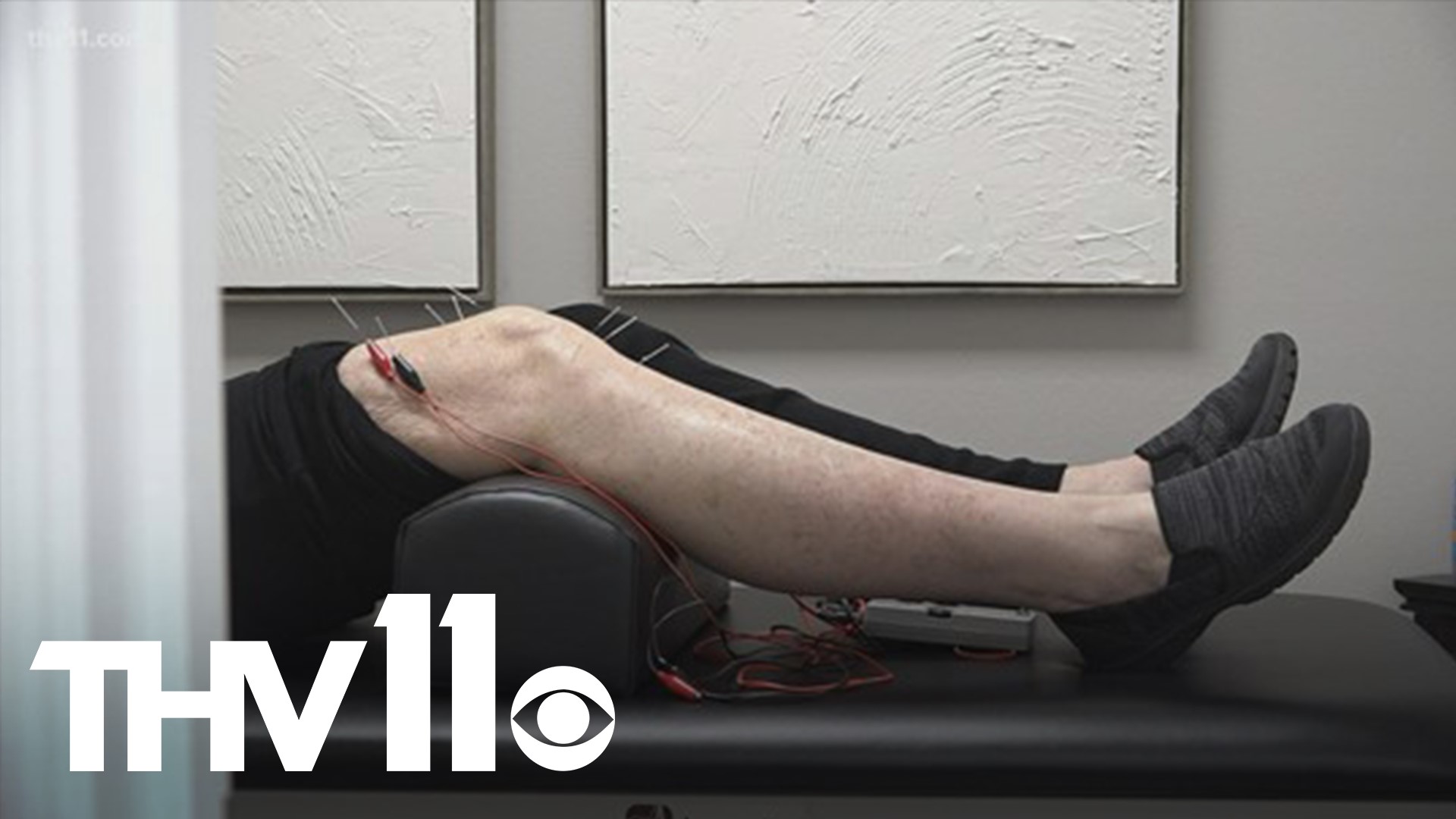 LITTLE ROCK, Ark. — About one in five American adults deal with chronic pain. Many people use prescription opioids for relief, but they can be dangerous and highly addictive.

As an alternative, some patients are turning to acupuncture and dry needling.

"There's nothing worse than having chronic pain," said Diane McDaniel, who suffers from arthritis in her knee.

McDaniel said the pain has persisted for about a year.

"I try to be active," she said. "I would put creams on it. I'm not wanting to take pain medicine, so I was trying to avoid that route."

That led her to Dr. Tyler Hicks at Little Rock Chiropractic & Acupuncture. Hicks is a chiropractic physician who practices acupuncture and dry needling.

Acupuncture goes back thousands of years and involves inserting small needles into specific spots on the body.

"There was such a stigma around acupuncture," he said. "There is a lot of science behind it now, and there's a lot of research coming out."

Dry needling is a newer method that stimulates muscles.

"One thing that needling does really well is it brings blood flow down to the area because we create a small, microscopic damage effect," he said. "So you're going to get a small inflammatory response. It's going to injure said tissue that we're really trying to actually get to heal.

Hicks said this method gets to the root of the issue, whereas opioids mask symptoms.

"Each case is different," Hicks said. "But if you can do something that's natural for your body, not synthetic, not made in a lab, and doesn't have addictive side effects, I think it's a win-win."

Several appointments in, Diane said the process is easy.

She's on her way to work, to spend time with her kids and grandkids, or to swim — practically pain-free and without medication.

"It's just it's a game-changer," McDaniel said.

In many cases, health insurance can help cover the cost of acupuncture and dry needling.