With a lot of fight and a lot of faith, 99-year-old Evelyn Rand recovered after receiving her second negative test on Thursday, May 7. 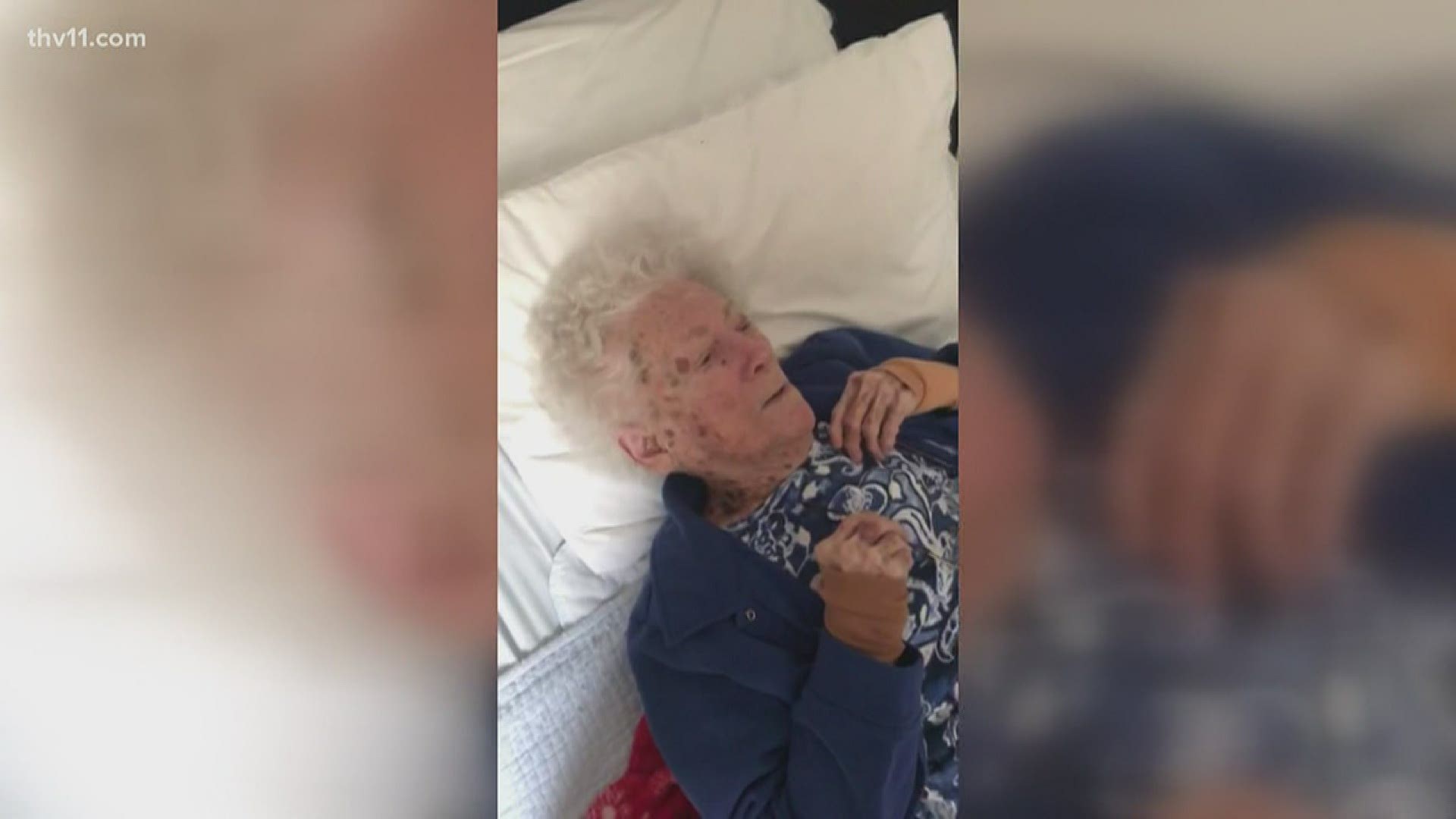 LITTLE ROCK, Ark. — Evelyn Rand has officially recovered from COVID-19 after contracting it from Briarwood Nursing Home over a month ago.

Families were devastated when they learned of the outbreak that had spread through Little Rock nursing home.

In mid-April, the Pulaski County coroner said four residents had died from the virus.

But with a lot of fight and a lot of faith, 99-year-old Evelyn Rand recovered after receiving her second negative test on Thursday, May 7.

Rand’s family tells us she was one of the first of 38 residents to test positive for the virus.

"Immediately in my mind, I thought, 'oh my goodness.' I have heard the stories out of Washington state about how it's impacted nursing homes,” said Ashley McConnell, Rand’s granddaughter.

With healthcare experience of her own, McConnell became her grandmother's advocate for life early-on in the diagnosis.

"We did ask for them to exercise the Right to Try Act based on what had been used in other countries,” said McConnell. “In this case, it was Hydroxychloroquine. So she was started on a five-day dose of mono-therapy."

The video below is from when we reported on Evelyn's path to recovery in mid-April:

During her recovery, doctors told the family she was outstanding, which brought hope that turned into relief.

"Those patients that have recovered, that's going to bring so much hope to people. That's what we want to hear right now,” said McConnell.

Evelyn's 100th birthday is in July, and McConnell said she looks forward to the celebration.

“I can’t wait to see her and hug her again.”