Even though a Little Rock restaurant had to shut down after 10 employees tested positive, there were no new workplace outbreaks in the report by the ADH. 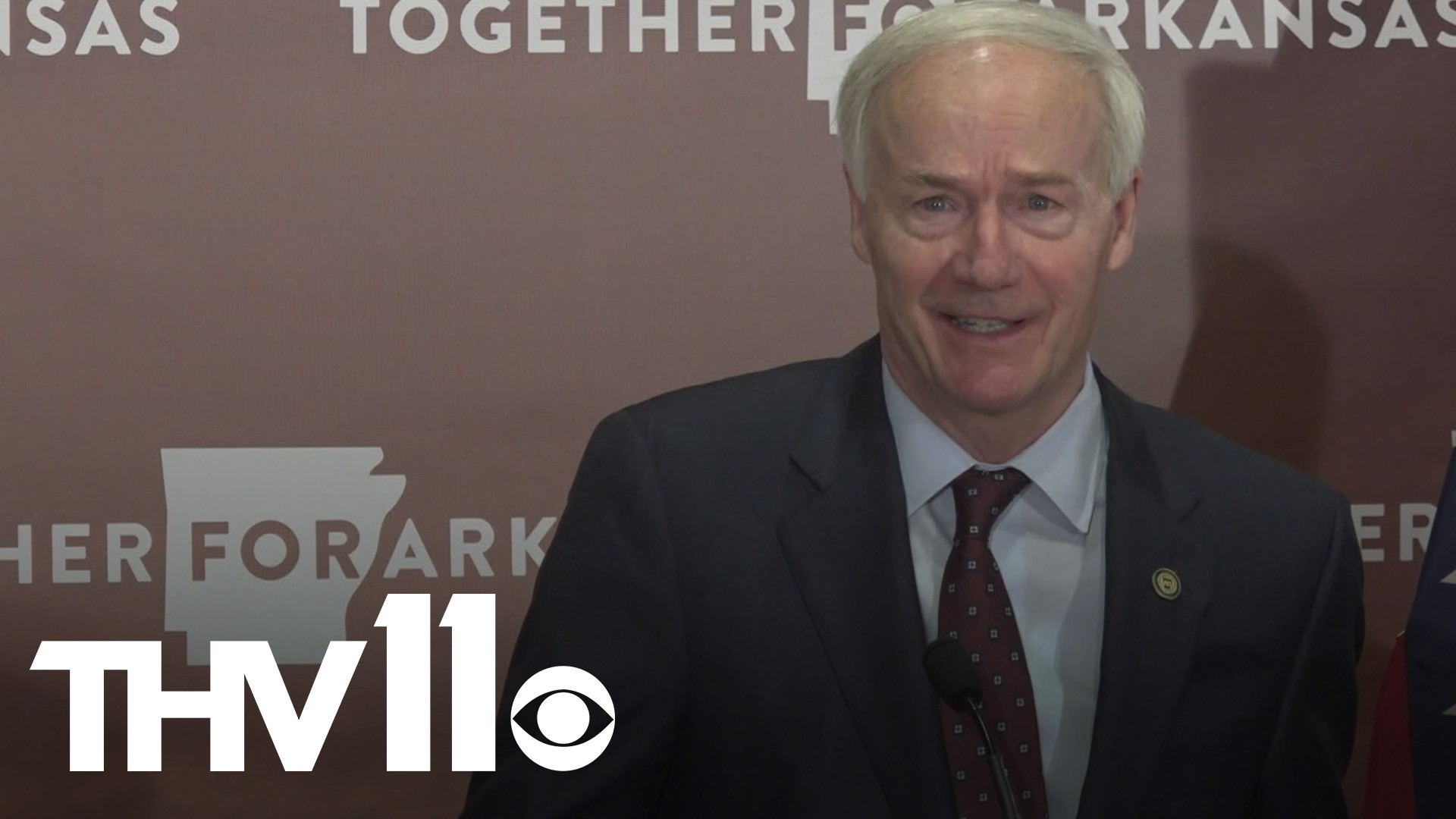 LITTLE ROCK, Ark. — The top public health advisors to Gov. Asa Hutchinson are confident the data that backs up the state's current guidelines and directives is solid despite recent questions and lags in case investigations.

The response came to questions over how accurate the data is after a November surge of cases that have made exact accounting difficult.

"We are seeing an increase number of cases," said Dr. Mike Cima, chief epidemiologist on the outbreak response team for the Arkansas Department of Health.

"It is taking a little bit longer for our case investigators to do their investigations. I do not believe that we are missing large clusters."

But it is clear some are being missed. One developed in the kitchen of Trio's Restaurant in Little Rock, with about 10 employees testing positive.

The owner closed the place, but there's no sign in a semi-weekly report of workplace outbreaks, that tracers have linked the cases into a cluster.

If that hasn't happened, it casts doubt on the numbers of people who report being in a restaurant in a separate report on active cases put out by the ADH.

Those stats, which listed 630 people in the latest update, inform the decision to allow restaurants to open to two-thirds capacity despite advice from the White House and other states to reduce the limits.

The recent move to close a Hot Springs Walmart during a busy holiday shopping weekend also prompted questions of an outbreak.

The Bentonville-based retail giant would not confirm any employees testing positive, but said the store was undergoing a thorough cleaning out of concern for shoppers and staff. There is no report of any retail businesses with an outbreak in the most recent occupational report.

Still, he remains comfortable with what they know.

"Each contact tracer can only handle so many cases each day," he said. "Do I think the data is robust enough to act on? Yes, I do."

Other trends raise questions, including the sudden spike in the number of deaths probably caused by COVID rather than confirmed by a PCR test. Here, they say it is because antigen testing is so popular now.

"It is part of our program where we go back and certify fatalities as being COVID positive after we get a probable test," said Dr. Austin Porter, the chief science officer for ADH.

Porter said nothing has changed in how patients are being classified. A patient who dies after receiving a positive antigen test is listed as a probable death even though a coroner or medical examiner specifically indicates COVID-19 was the reason the person died.

With antigen tests increasingly being relied on for their quick turnaround results, more patients are dying without ever getting a more definitive PCR test result.

"As you can see, the number of antigen tests is going up dramatically," the governor said. "So I think it's mirroring the fact that more antigen testing [is being done] and so we're having more deaths associated with the antigen tests."

Combined total antigen and PCR-confirmed deaths since the start of the pandemic surpassed 3,000 in Arkansas on Monday.

With officials conveying confidence in the data, no major changes in guidance is expected. A planned restriction of gatherings to fewer than 10 people is still on hold while state inspectors perform a "10-day compliance surge," the Governor said.

Beyond that, the focus is on vaccines and how they roll out across the state.

"This is a massive distribution effort. It's a lot of logistics," the Governor said.

"It worked well yesterday but we have to make it work every day."