As airline travel increases, experts say it is still too risky during COVID-19 pandemic

An Arkansas doctor said while better safety measures are in place, he recommends not traveling unless absolutely necessary. 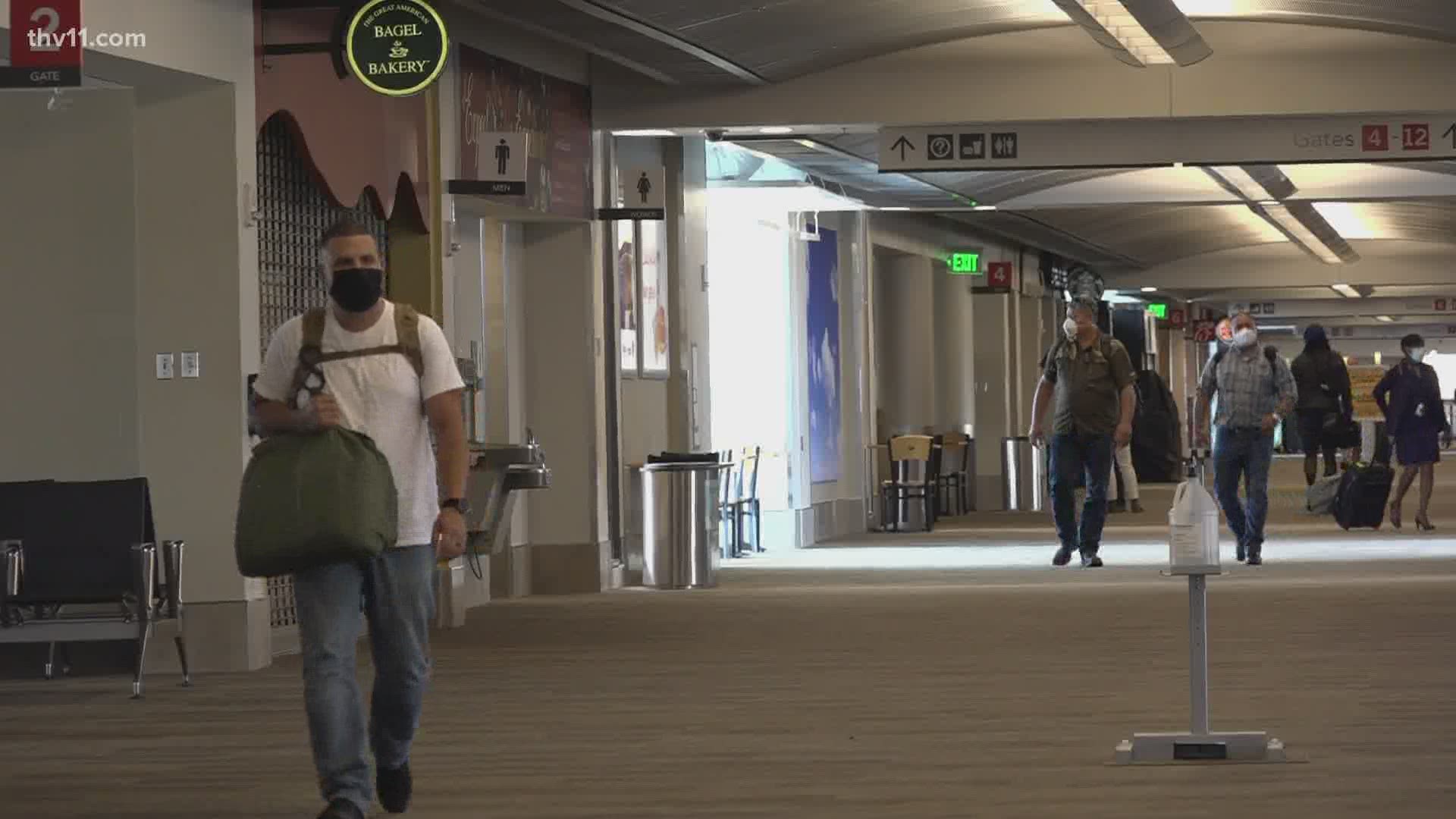 On a normal day during the summer, Clinton National Airport would see anywhere from 3,800 to 4,000 passengers. Now the airport sees only about 1,200 people a day; still a stark contrast from back in March.

"We would have days where we would have less than a hundred passengers," Shane Carter said.

While Shane Carter, the spokesperson for the airport, has noticed more people coming through, he also notices people taking better precautions.

"Most everyone has on a mask thankfully. That was not the case in the beginning," Carter said. "There were some flights back in March where we would be lucky to have 12 or 13 passengers on board. Now we're into the upper 60s."

The airport cleaning staff has amped up its cleaning procedures, too, by using electrostatic sprayers.

"After a flight goes out, they're going into those individual gate areas and they're spraying the areas," Carter said.

“Every night once it’s clear, they’re going through the concourse and hitting all of the areas at once.”

But how safe is to actually get on an airplane?

"I would say that anything we do right now in our current environment, is a risk-benefit discussion," Dr. Robert Hopkins said.

Dr. Robert Hopkins at UAMS does not advise airline travel unless absolutely necessary.

RELATED: Face masks with valves, vents banned from most US airlines

"If I had somebody that I need to go take care of and this was something that's really critical, then I think it is certainly safer now than it was before we put in these protocols," he said.

Wearing a mask helps, but there's still risk in sitting next to people in an enclosed space.

You also have to be mindful of the surfaces you are touching. Hopkins recommends people also wear face shields or glasses for an extra layer of protection if they have to fly.

He said it is possible to contract the virus through your eyes.

"We have to be thoughtful about why we're going and doing everything we can to protect ourselves and our families," he said. “Even if everybody is doing what they should be doing, that air is recirculated frequently.”

In the meantime, Clinton National Airport is doing what it can to make sure everyone feels as safe as possible.

"Please note we are ready when you are. You need to make that decision and look at all of the ways to be prepared and actively take care of yourself," Carter said.

Carter said if you do have a flight coming up, make sure to check your reservation regularly, airlines are making a lot of changes to trips and there is a chance your flight may be changed or canceled.