Just after Governor Hutchinson lifted the state-wide mask mandate, Little Rock announced it will continue their mandate. Now, many are wondering why. 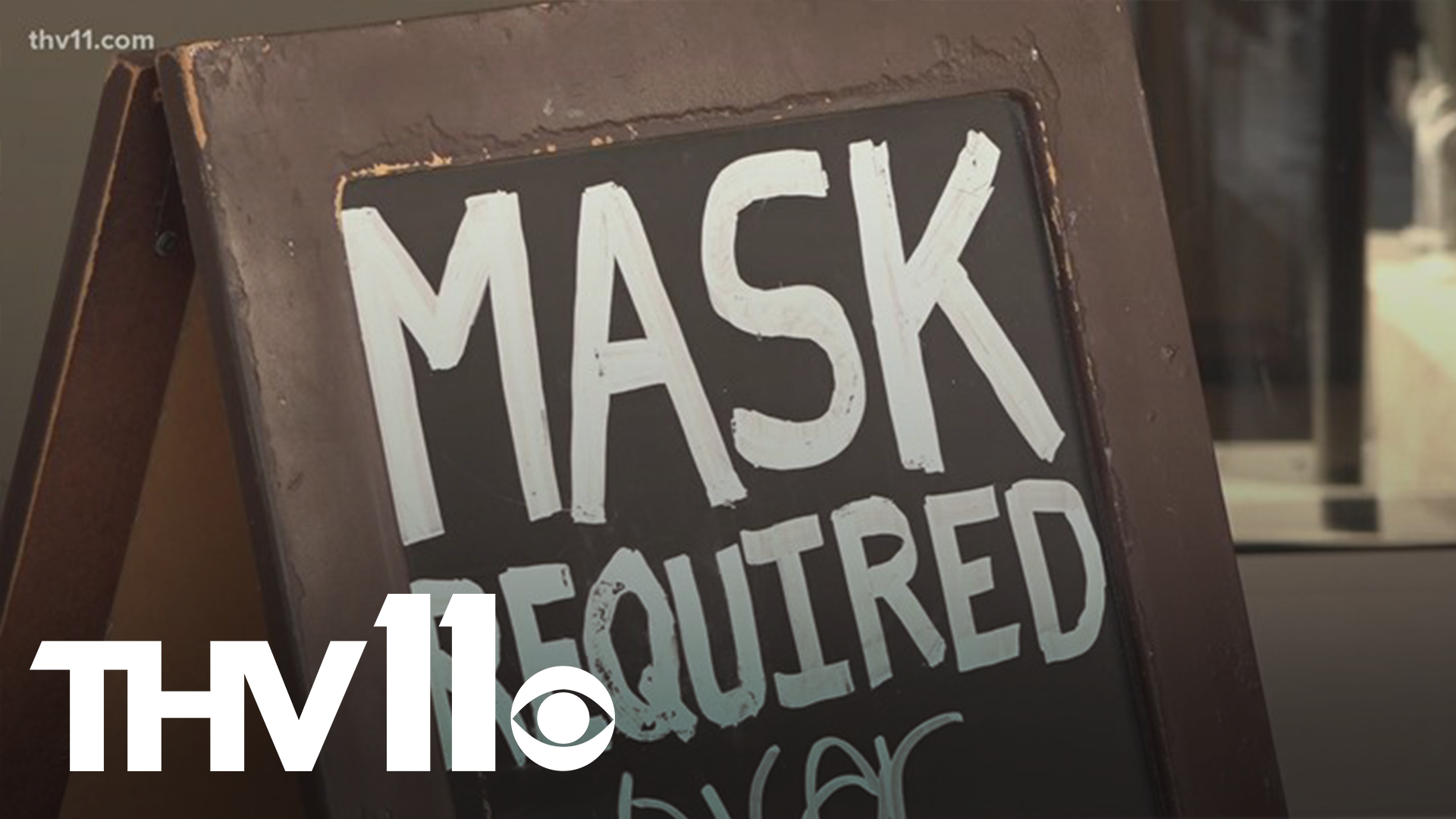 "We are in the middle of a public health pandemic still,” said Kathy Webb, city director.

Webb showed her support for Mayor Frank Scott Jr.'s decision to keep the city's mask mandate at a Tuesday night board meeting.

"A majority of the directors who were there indicated support,” said Webb.

Webb said the mayor's decision comes after the city has followed the CDC closely.

"The head of CDC has asked states not to lift the mask mandate,” said Webb.

Wednesday at a press conference, the mayor said he will revisit this decision every 30 days.

But, one Little Rock restaurant owner said he simply cannot afford to enforce his customers to wear a mask.

"If my customer walks in with a mask, fine. If they walk in without a mask. It's fine. I cannot refuse business because they don't want to wear a mask,” said Mrumen Hamwi, owner of Layla’s Pizzeria.

But the staff at Layla's remain cautious, and they'll continue following the city's mandate.

As for the customers, the owner leaves it up them.

"My business is not driven by me, so whatever my customers are comfortable with, I will follow through,” said Hamwi.

Despite the city's mandate, many Little Rock businesses already decided to keep their mask policy.

Webb hopes others get on board.

"I hope other cities across the state follow suit,” said Webb.

Meanwhile in Jefferson County, the Pine Bluff mayor said Wednesday the city will still require masks in city buildings, and the mayor still encourages businesses to do the same.