Arkansas has been listed as a COVID-19 red zone for cases, which indicates more than 100 new cases per 100,000 people in the last week. 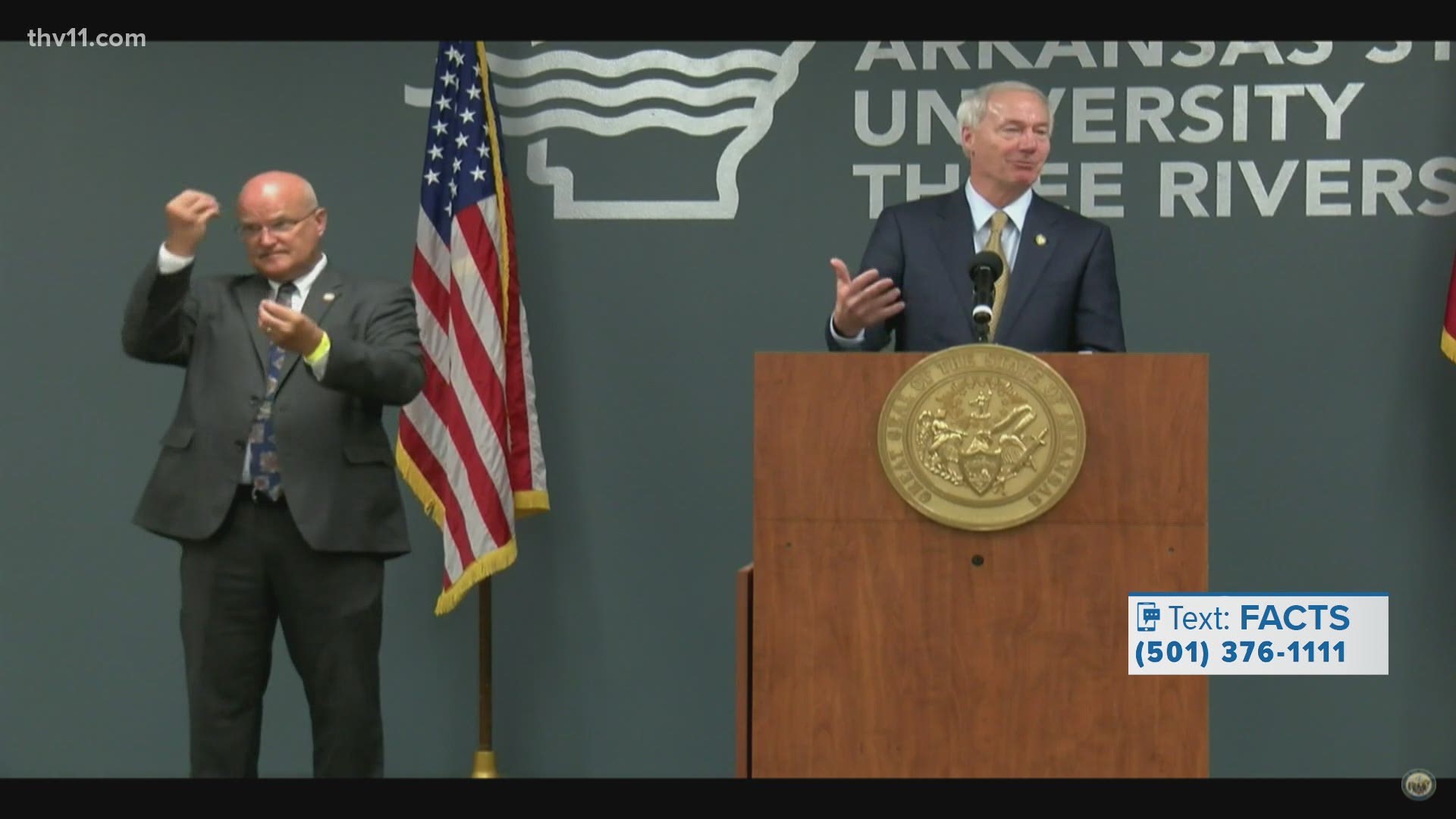 LITTLE ROCK, Arkansas — Arkansas has been listed as a red zone for coronavirus cases in White House documents obtained by the Center for Public Integrity.

The White House said Arkansas is a red zone due to having more than 100 new cases per 100,000 people over the last week. That puts Arkansas at the 13th highest rate in the country for cases and the 9th highest positivity rate.

During his Tuesday's press briefing, Governor Asa Hutchinson said he was "pleased" to see the positivity rate move from a red zone to a yellow zone, but said that he's hopeful Arkansas will move out of the red zone for cases if there is a continued decrease in new cases.

"We're close to getting there, but we've got a little bit more work to do," Hutchinson said.

The White House report also provided recommendations to state officials on ways to reduce the number of new cases.

Some of those recommendations include a mask mandate, closing down bars and gyms, and reducing indoor dining to 25% in red zone counties and metro areas.

Hutchinson said that while the White House recommends closing down bars and other establishments, he doesn't believe it's "appropriate under our current circumstances."

"We're setting our path based upon the information that we have in front of us and we're trying to follow the data as to what our new cases are connected to," he said. "And we haven't seen a connection to economic activity and so we're not gonna be shutting down economic activity."

The governor said it's a balance for him between the White House information from health experts and doing what he thinks would slow the spread of coronavirus in Arkansas.

You can view the full White House report below: