In an effort to keep vaccine cards safe, some have gone as far as to laminate their cards. But is that really a good idea? 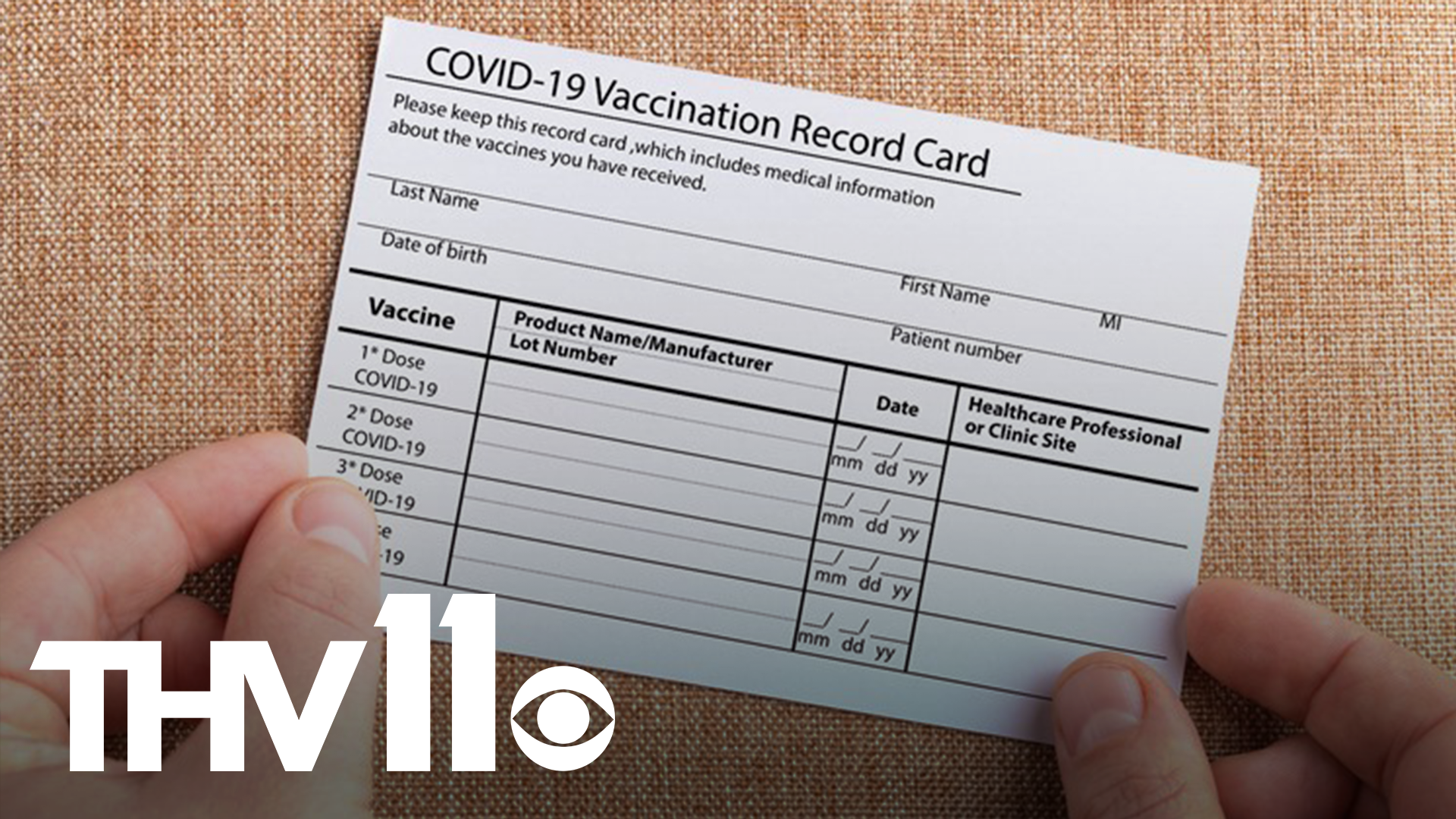 LITTLE ROCK, Ark. — If you've been trying to keep that vaccine record card safe since you were vaccinated, you aren't alone.

Some have gone as far as to laminate their cards – but is it a good idea?

On both sides, the ones laminating and the ones giving out the cards, the answer seems to be no.

RELATED: You'll want to hang on to your vaccine card — why it may be very important in the future

"Probably only half a dozen have come in for the lamination," Jim Wallace, General Manager at Tip Top Print Shop, said. "If we ever have to get a booster shot to add to that, if it's laminated, of course, it's not going to work."

Once the lamination sets on the card, there's no going back.

"What happens is we shrink the wrap around it with heat," Wallace said. "Once it's on there, it's finished. You're not going to be able to add anything."

It's a warning echoed by the ones giving the vaccines as well.

So why have people been getting it laminated in the first place?

There's a couple different reasons, ranging from the possibility of vaccine passports to the heightened view of the cards themselves.

"They've been told how important this is," Anne Pace, Pharmacist at Kavanaugh Pharmacy, said. "And know that this may be able to be their tickets for different things and so that's why they're thinking, 'I need to make sure I keep this safe, I don't lose it, I don't run it through the washing machine,' anything like that."

So what if you do laminate it, and something goes wrong, and you need to write on the card itself again?

"It's all in a database, and we could pull it if we had to, but it definitely gives you a little heightened sense to keep up with this card," Rogers said.

RELATED: Vaccine passports: What are they good for, and how would they work?

So maybe you don't laminate it – at least right now.

When that time comes, Wallace said he'll be ready for the rush.

"I mean, if you can't live without the lamination, I'll be happy to do it for you," he said.