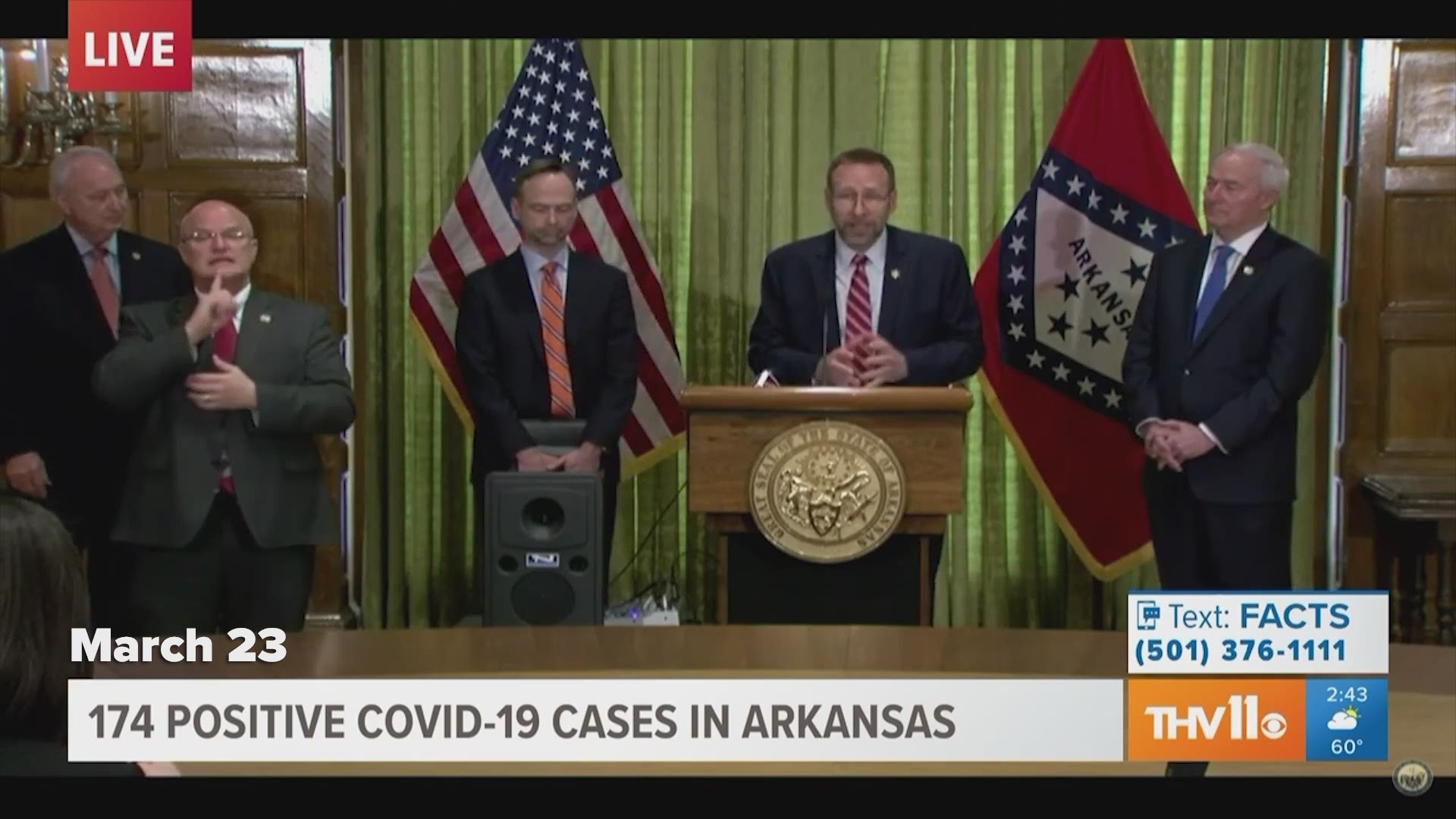 LITTLE ROCK, Ark. — Arkansas Secretary of Health Dr. Nate Smith said there is "very little evidence" at this time that chloroquine or hydroxychloroquine is effective to treat people who have coronavirus.

Smith, who spoke about the drugs at two press conferences this week, said there are significant side effects and drug to drug interactions that most physicians are "not familiar with" when it comes to chloroquine and hydroxychloroquine.

President Donald Trump tweeted that hydroxychloroquine taken with azithromycin could be "one of the biggest game-changers in the history of medicine" and should "be put in use immediately."

Dr. Smith cautioned against using chloroquine and hydroxychloroquine while treating COVID-19 because although the drugs have been FDA approved for treating other illnesses, it hasn't been approved for the novel coronavirus.

Dr. Scott Gottlieb, the commissioner for the FDA, also contradicted the president's encouragement, saying, "right now, there is no drug that looks like it's proven so overwhelming in early-stage clinical trials that we can say it's highly promising."

"I think that any prescription medication should be administered under the care of a physician, hopefully, a physician who is familiar with that medication and its side effects," Smith said at a press conference Tuesday.

He thinks it would be inappropriate for people to take these drugs "thinking it's somehow going to protect them, there's no data— no evidence to suggest that."

Dr. Smith also stressed the dangerous side effect of chloroquine in young children.

"A single adult chloroquine tablet is enough to cause a fatal overdose in a small child aged 2, 3, 4 or younger," he said.

A man and his wife in their 60s reportedly took chloroquine as a "preventative measure" after hearing about it on TV. The man died at the hospital.

Key facts to know about coronavirus in Arkansas as of March 24: