Governor Asa Hutchinson says the state has made a $20 million deal with General Dynamics to contract an additional 350 contact tracers. 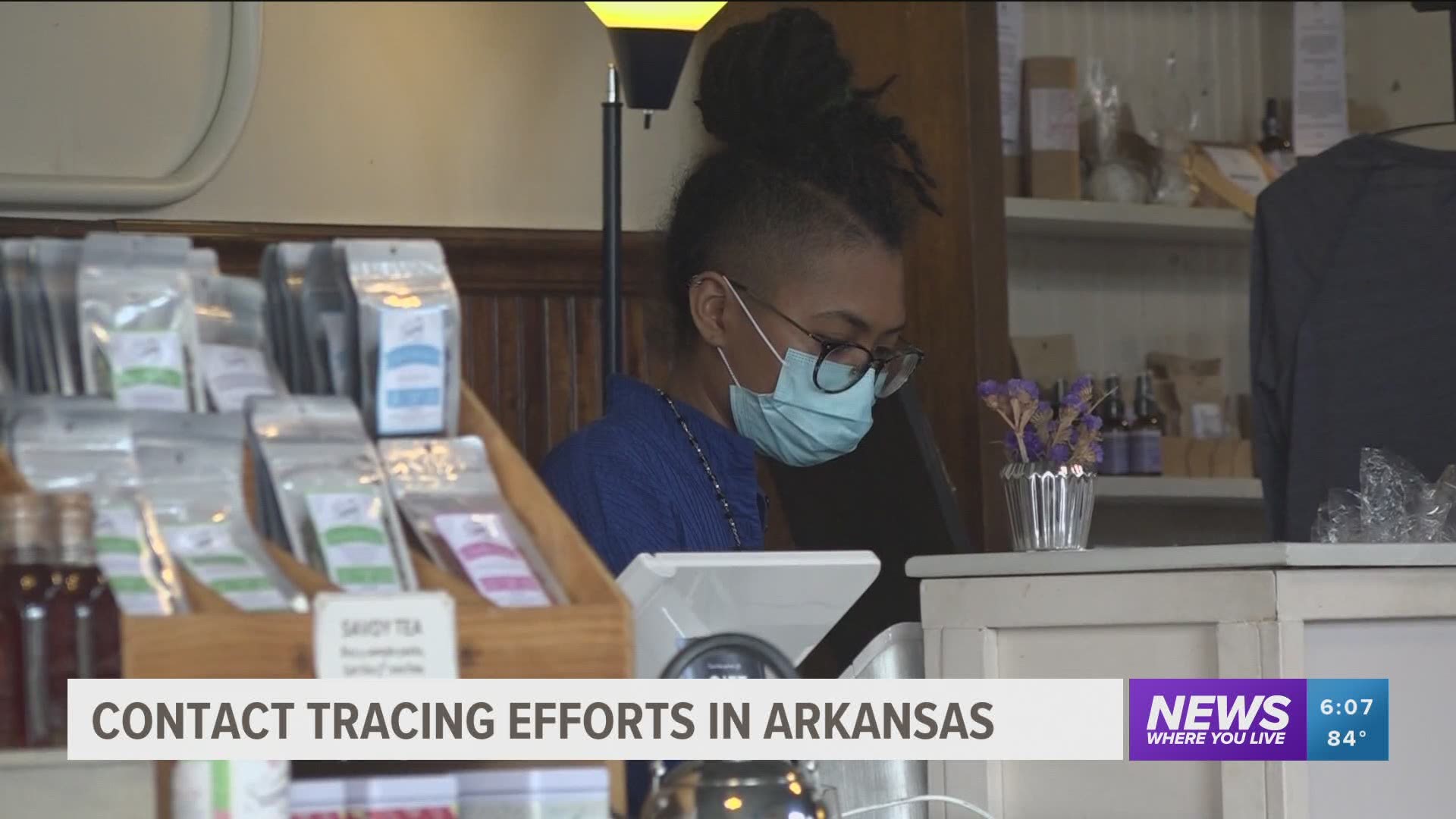 LITTLE ROCK, Ark. — Arkansas health officials are urging residents to be on the lookout for contact tracers as they monitor the spread of the coronavirus (COVID-19) in the state.

Arkansas Department of Health (ADH) Chief of Staff Stephanie Williams is asking residents to watch for contact tracer phone calls from 877-272-6819 or a caller ID that may show up as 877-ARCOV19. She says people are not answering the phone calls, which is requiring multiple calls from tracers.

Governor Asa Hutchinson says the state has made a $20 million deal with General Dynamics to contract an additional 350 contact tracers. He says they are hoping to add another 350 for the same price, totaling 1,000.

Of the total cases, 5,486 are considered active cases. The state is reporting 18,725 recoveries so far.

Health officials said 3,366 people were tested for the virus in the last 24 hours.

Each of the 75 counties in the state has at least one case of COVID-19.

RELATED: Coronavirus in Arkansas: Tracking COVID-19 Where You Live