A total of 24 local heroes, made up of RN's and respiratory therapists from UAMS and Arkansas Children's, volunteered to pack their bags and answer New York's plea. 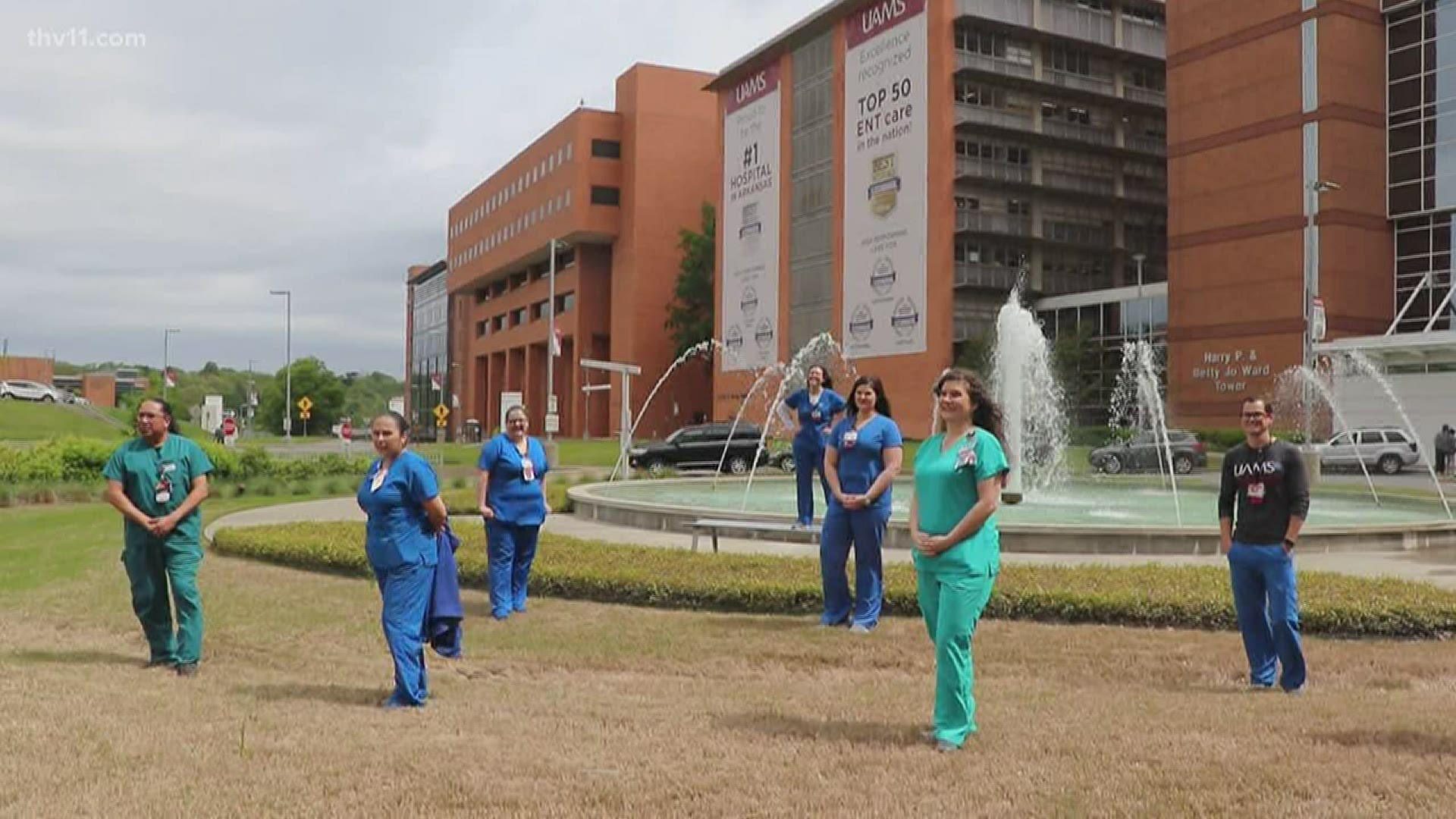 LITTLE ROCK, Ark. — As New York continues to struggle to keep up with the spread of COVID-19, healthcare workers from all over the country have fled to the state's aid.

Now, Arkansas local heroes are stepping up to the plate.

A team of nine UAMS healthcare workers are hopping on a plane Saturday morning, bright and early, to go help out in the "Big Apple."

"This is the right thing to do and the right time to do it," she said.

It is what Patton described as her "calling."

"It's not every day that respiratory therapists get the opportunity to make such a large scale impact on the healthcare of our loved ones and those around us," she said.

Richard Mylam, a UAMS registered nurse, said it's a chance to "make a difference."

"The hospitals up there are literally just drowning and just pleading for help," he said.

A total of 24 local heroes, made up of RN's and respiratory therapists from UAMS and Arkansas Children's, volunteered to pack their bags and answer this cry for help.

"I'm kind of expecting to literally be a little shocked when we get to the hospital the first time and see how overwhelmed they are," Mylam said.

The helplessness in New York is causing some hospitals to give bonus pay of $10,000 per week to traveling healthcare workers.

This in comparison to the newly announced hazard pay Arkansas healthcare workers can receive, ranging from $250 to $500 per week.

In this case though, Richard Mylam said their pay is just hourly.

"It's standard New York pay for hospital workers. It's not any of that astronomical numbers you have seen floating around the internet," he said.

While Mylam and his fiancee get to bring along their support system, Patton said she's leaving hers behind.

"She knows what mommy's doing. She supports me 110%, she wants mommy to help people," she said.

To all Arkansans, these heroes want you to know, they'll be back.

"We love you, we will miss you, and we will see you soon," Patton said.