A program giving lottery tickets failed to incentivize Arkansas, where less than 40% of eligible residents are vaccinated. 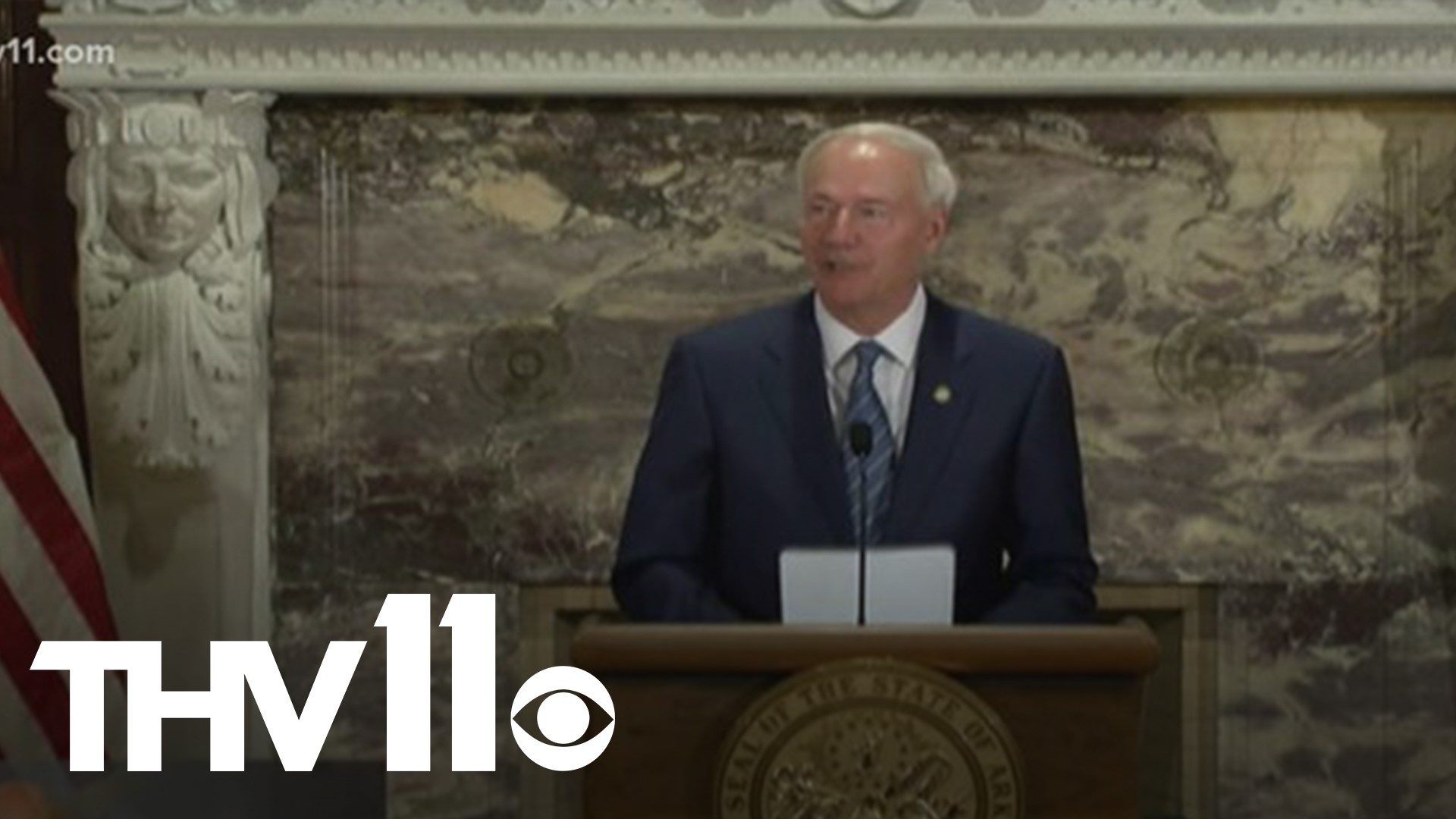 LITTLE ROCK, Ark. — Barely a month after it was introduced, the vaccine incentive program, which gave lottery tickets and Game and Fish certificates, is already being scratched off as ineffective.

"We're past the prime," Governor Asa Hutchinson said. "It's no longer getting the results that we want, and so it will be wound down."

The program failed to incentivize Arkansas, where less than 40% of eligible residents are vaccinated.

The Governor said eventually they were going to see a decline in vaccinations as more and more people got their shot, but that this current trend spelled the end of the program.

"Whereas it started on the left at about 5,500," Hutchinson said, showing the current trends in the state. "As you can see, the trends have been down somewhat."

Those trends are what led to the forming of the program in the first place. Different states tried different incentives to get people vaccinated – Ohio made headlines for their program.

"Ohio, which probably had one of the most successful incentive programs, they canceled theirs," Hutchinson said.

The Governor says it's a trend that we're seeing nationwide in the states that offered these programs.

"We'll be fulfilling our commitments there, but we don't see that as something we continue long term," he said.

"From a programmatic standpoint, we're doing exceedingly well," Ator said. "I mean, by every measurable standard, except for the percentage of Arkansans who have been vaccinated."

Ator says we have the means to make this program work – but not the willingness to make it happen.

"Coming from a military background like myself, you know, I have the resources and the ammunition to make this fight," he said. "We're just not getting it out."

Ator says they're still discussing the next step for the program, and how to get people involved. He says community engagement is one part of the solution.

Ator says the other key aspect is a question.