The pharmacists charged with handling shots in Garland County used a community clinic plan to give 2,000 doses in two days. 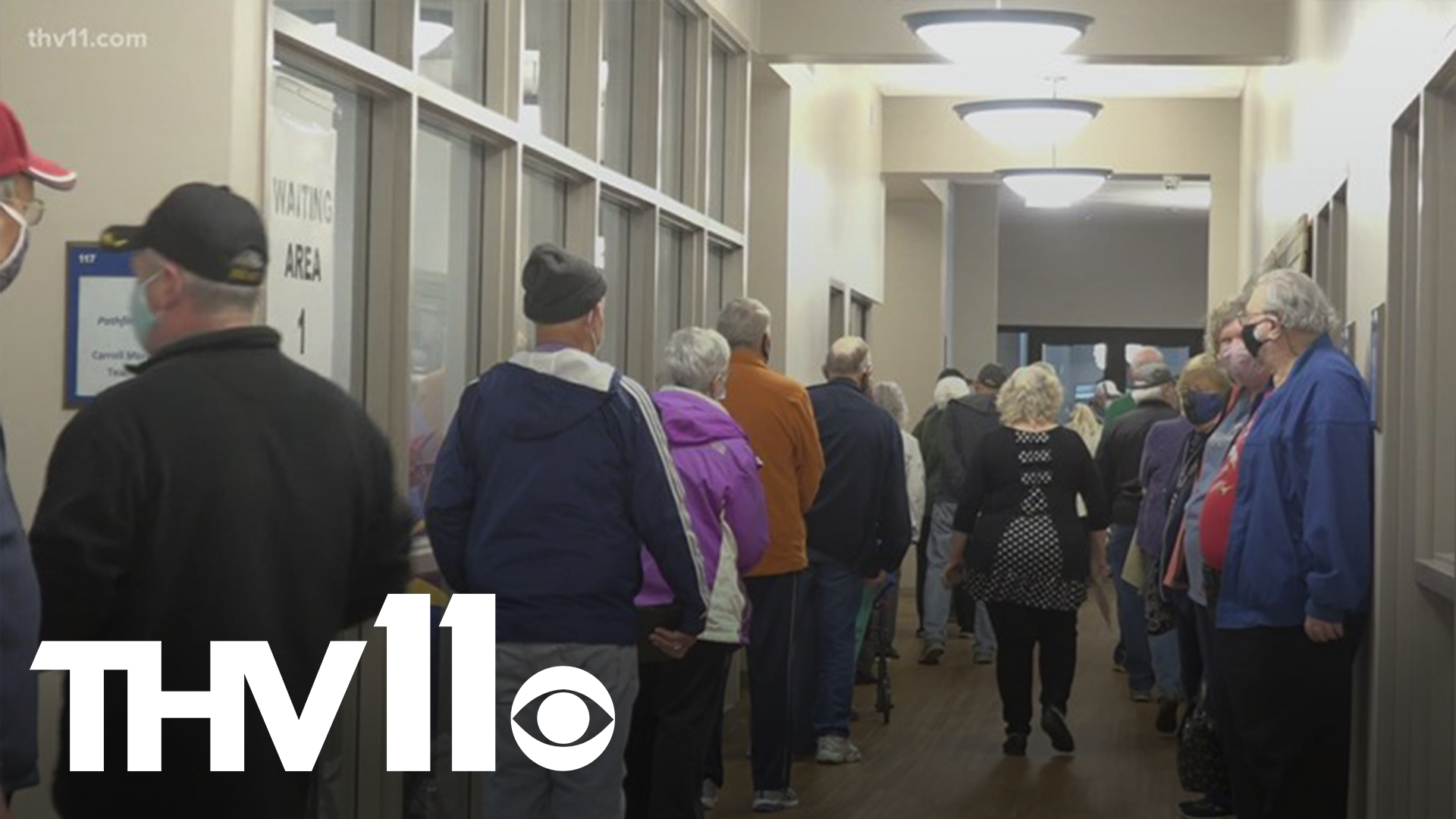 HOT SPRINGS VILLAGE, Ark. — With corporate giants offering to assist in the vaccine rollout and independent drugstores building a lengthy waitlist of seniors seeking shots, the owner of the pharmacies charged with giving out shots in Garland County thinks his team has found a happy medium.

"It's been pretty overwhelming how successful we've done, quite honestly," said Dr. Michael Butler, the owner of Village Healthmart and three other pharmacies. "It's been a really good exercise in taking care of a lot of people in a short amount of time."

RELATED: LIST: Where can I get the COVID-19 vaccine in Central Arkansas

By the second day, the operation appeared to be working at peak efficiency. Approved recipients were told to arrive at the top of every hour. Volunteers guided them to parking spaces, then more volunteers took their temperatures before asking them to wait in one of three rooms. At the appointed time, the groups safely lined up to process their paperwork. A team of people made copies while escorts waved people into a pre-shot waiting area inside the church's gym/outreach center.

People sat with a nurse, double-checked forms, then took off coats and rolled up sleeves for the first dose of vaccine. After getting an adhesive bandage, the recipients shuffled off to a post-shot area. They waited 15 minutes to make sure no one had any severe reactions. Once time was up, they lined up to leave back into the parking lot with an appointment card in hand for their follow-up dose.

"We've seen a lot of grateful people who have appreciated that they're finally able to get this vaccine," said Dr. Cody Turner, a pharmacist and Butler's partner.

The two-day blitz comes as President Biden sends out new federal orders and companies like Starbucks, Microsoft, and Amazon offer expertise to states, but Turner and Butler say they have this process drawn up and ready to export to others in Arkansas.

They think it's the key to making the local approach work.

"Independent pharmacies are owned by the pharmacists that care about the community," said Dr. Butler. "When we commit to do something, we have everything vested in the fact that we want it to execute properly."

The pharmacists hope this week's smooth execution leads to an even bigger shipment of drugs when the state divides up who gets how much in the next two weeks. They say they're on track to scale the operation up to hold a county-wide clinic at the fairgrounds outside Hot Springs on Feb. 2.

If people are already on waiting lists, they should be ready for the call to come sooner than they might have expected earlier this week when shipments were unknown and thousands of people age 70 and up rushed to join Phase 1-B.

The wait may be shorter now, at least in this part of the state.

"It's not necessarily that people have to think that they're going to wait until February," said Turner. "It could be next week. It's just a matter of what we get."