Arkansas cities will be able to adopt an ordinance which would require wearing masks in public settings, Gov. Hutchinson said. 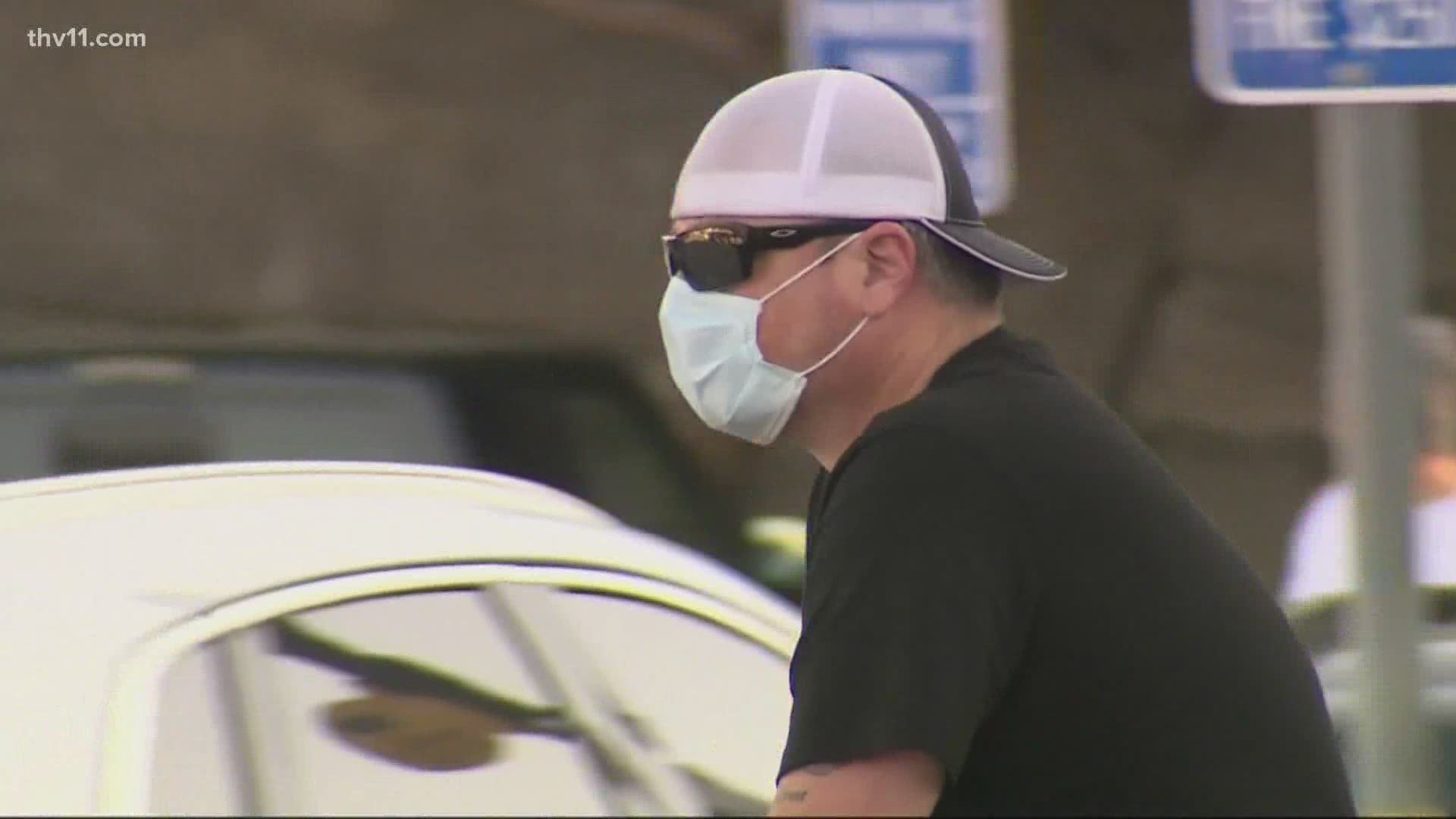 Governor Asa Hutchinson announced Friday during his daily COVID-19 press briefing that he will sign an executive order which will allow cities in Arkansas to adopt an ordinance which would require wearing masks in public.

Hutchinson said earlier in the week he was in contact with several cities about desires to require masks.

The governor said the Arkansas Municipal League has drafted a model ordinance for cities that they can use to require residents to wear masks in public areas.

John Wilkerson with the Arkansas Municipal League said the ordinance will use law enforcement officials to educate and encourage the public of wearing masks, but it does not include any penalties if someone does not follow the order.

"There's no enforcement mechanism which is part of the issue we've been having is how to enforce it, so we took the approach that educating and informing is the most reasonable measured approach right now," said Wilkerson.

Wilkerson also said the ordinance is geared towards helping businesses and that law enforcement would help businesses enforce the requirement to wear masks.

Some cities, like Little Rock and Fayetteville already have ordinances in place to enforce masks on public property.

"On June 25, I signed an executive order to require face coverings in public spaces. I'm thankful that Governor Hutchinson signed an executive order allowing cities to adopt a model ordinance that is very similar to Little Rock's order. It's important that cities around the state have another means of helping protect the health of their residents."

RELATED: Protests have not contributed to rise in COVID-19 cases, research group suggests