Arkansas restaurants allowed to resume limited dine-in on May 11th

Gov. Hutchinson announced that restaurants will resume limited dine-in on May 11 as Arkansas begins scaling back restrictions during the coronavirus pandemic. 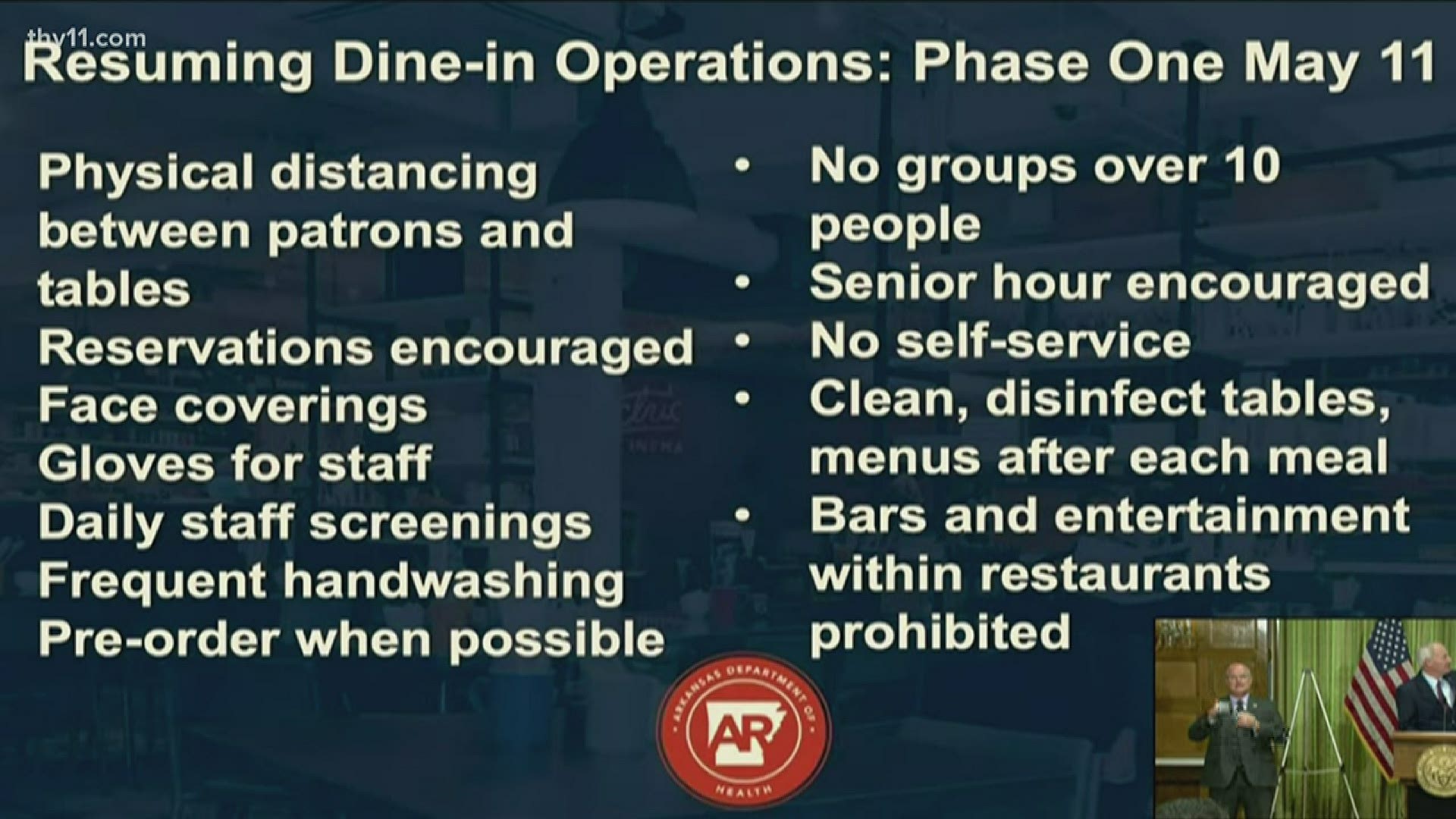 Although Hutchinson announced that restaurants may resume dine-in, he announced several limitations as part of the phase one roll out.

Restaurants will only be allowed to use 33% of the occupancy rate of its location and there must be "physical distancing between patrons and tables."

Below you can find a list of requirements to re-open limited dine-in:

Hutchinson said that if the state is successful opening restaurants back up on May 11 in phase one, officials can move to the next steps.

The governor said the timeline of each phase will be dependent on data and the state will only move to phase two when he feels confident we can do so.

Hutchinson also announced the Arkansas Ready for Business grant program which will provide $15 million to help businesses re-start during the first phase.

A company will be eligible for $100,000 in assistance through the grant program.

Application for the grants will be found at ArkansasEDC.com sometime Wednesday night.