There are some changes that could keep Arkansas students in class even if they are near someone who tests positive. 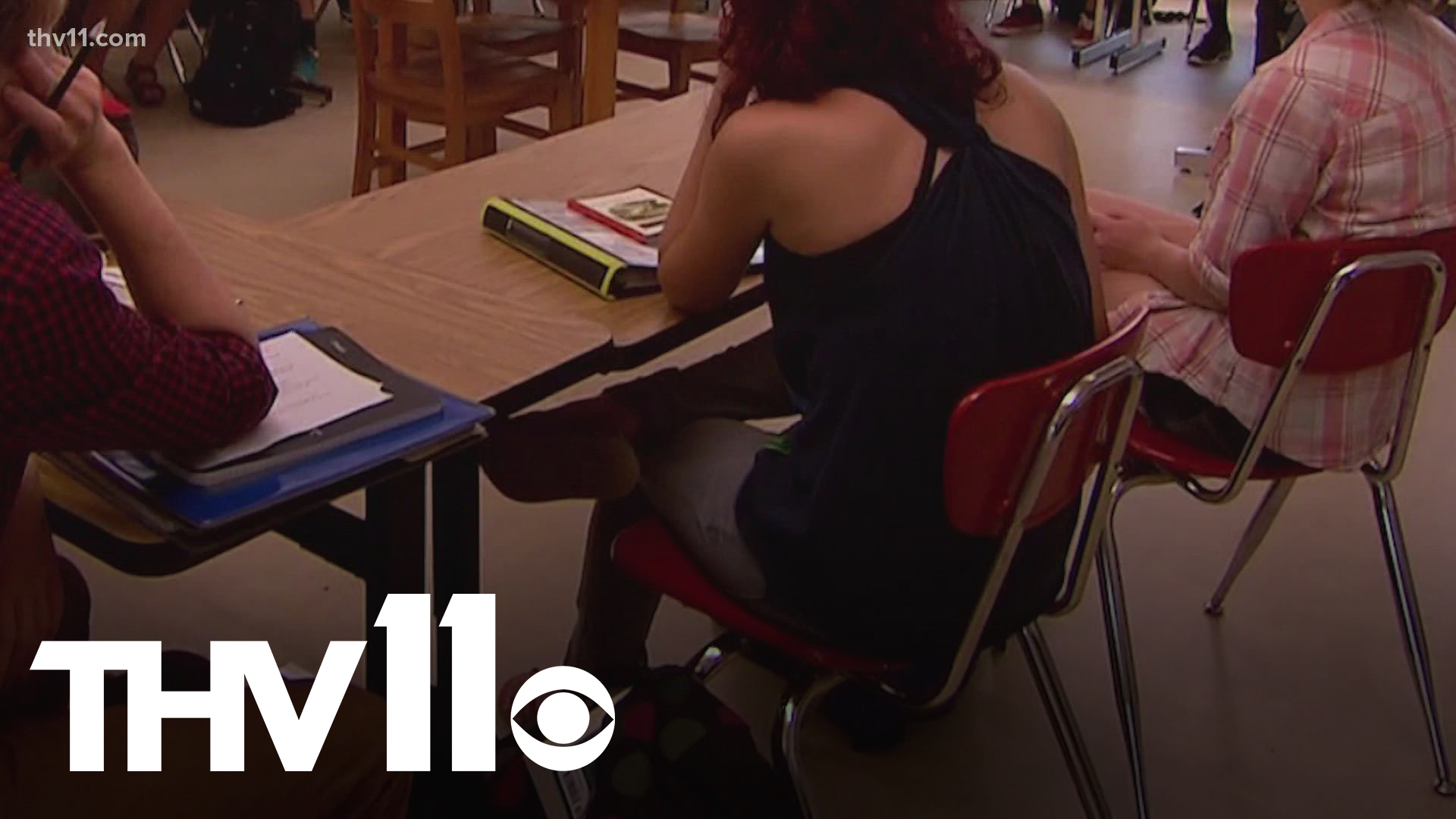 LITTLE ROCK, Arkansas — Arkansas will have a new protocol for students when it comes to quarantining.

New guidelines will let kids keep going to class even if they have close contact with a positive COVID-19 case.

"We want to do that because we want to have continued learning and not to have learning gaps through the course of this year," said Governor Asa Hutchinson.

One of those changes is if 70% of staff and students within a school are fully vaccinated, then quarantines are not required when someone tests positive.

"That includes staff and students fully vaccinated in a particular school, not a district," said Gov. Hutchinson. "And it's of the entire population of the school, not just those that are eligible."

The Governor also announced a new pilot program. It will allow unvaccinated students to avoid quarantining after they are exposed.

Here's how it works: After the exposure, the unvaccinated student just has to test negative and wear a mask, and then they can go to school as usual.

Arkansas Department of Health has 100,000 rapid tests that will be used for the program right now. They will be administered on a first-come-first-serve basis for schools.

The state hopes to get more tests as the program expands to more schools.

It's a 500 case decline from last week's report.