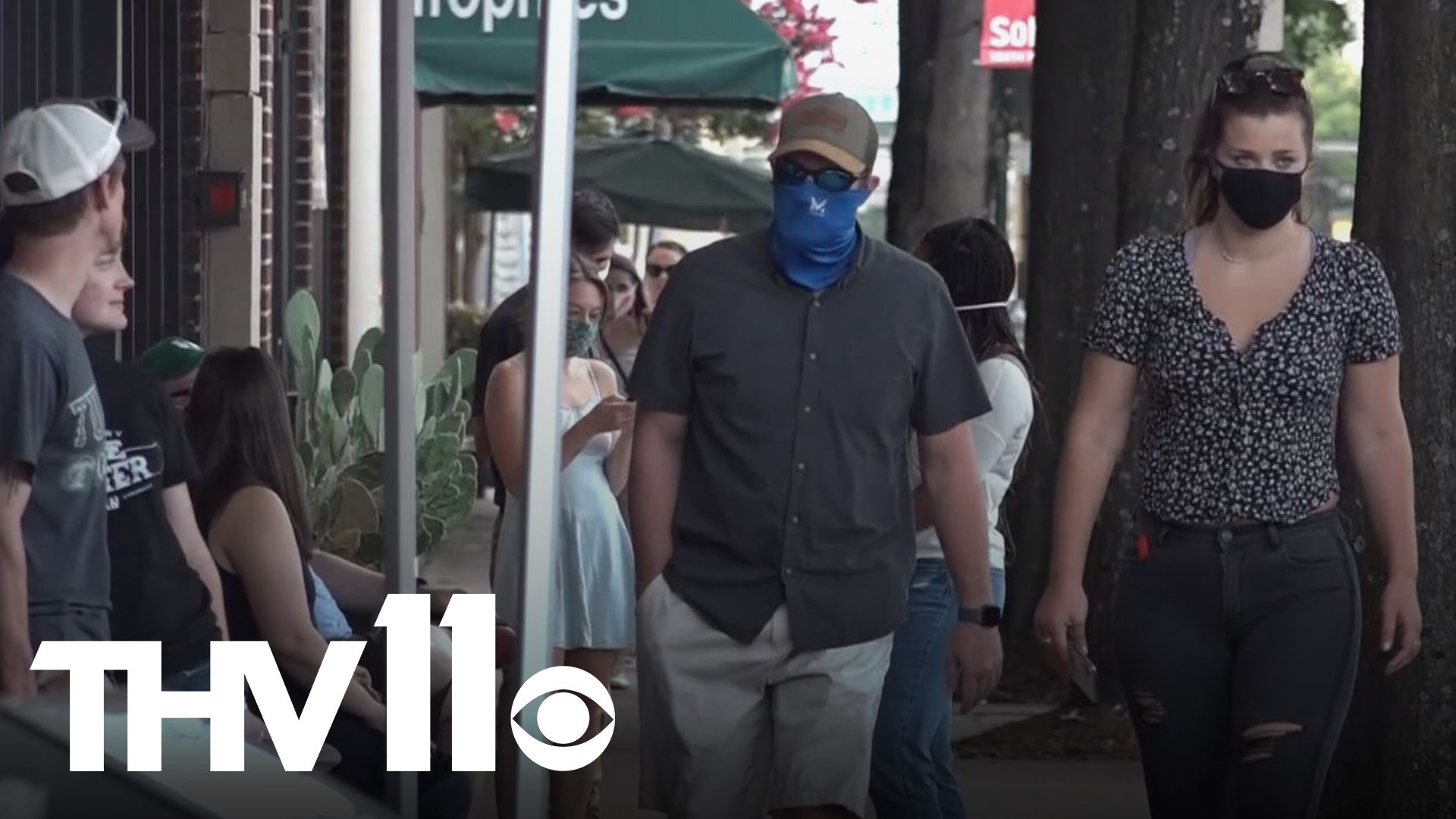 LITTLE ROCK, Ark. — Governor Asa Hutchinson has called for a special legislative session to amend Act 1002, which has banned mask mandates in Arkansas.

The governor made the announcement Thursday that he will likely call for the session next week so legislators can amend the act to allow public schools to enact mask wearing at their discretion.

Hutchinson said he was concerned about the children 12 and under that are not able to be vaccinated and would like the law to allow school district to make the decisions for the public health of students.

He said he spoke with legislative leadership who said it will be a "heavy lift" to get the amendment passed, but he has confidence lawmakers will understand it's a "conservative principle to utilize local decision making" and that the amendment is necessary to allow local school boards to protect their students.

Hutchinson reiterated that no statewide mask mandate will be announced by him.

"This is not a debate about mask mandates for those that can make their own decisions and have means to get vaccinated," he said. "This is a discussion about the school environment where schools can make decisions to add to the public health for their own school environment and the children they have a responsibility to protect."

This comes as Arkansas is reporting 2,843 new COVID-19 cases, which is the highest daily amount since January 2021.

Ahead of Hutchinson's announcement, State Senator Trent Garner said that if "we are going to have a special session to 'help the children of Arkansas,'" he was going to file bills that do not address the mask mandate ban.

Some of his proposed bills would be about banning Critical Race Theory, expanding "school choice to all," and repealing what he said are "bad regulations put in place by liberal unions."

Garner was the main sponsor of the mask mandate ban.

If we are going to have a special session to “help the children of Arkansas,” then I’m going to file bills for REAL CHANGE FOR OUR CHILDREN:

Democratic Party of Arkansas Chairman Michael John Gray said Hutchinson is in a "tough spot" and said the special session and other steps "couldn't be delayed any longer."

"It should be a given that protecting our children is one of our state's most fundamental responsibilities," Gray said. "But members of his own party like Sen. Trent Garner are out there threatening the Governor and those of us who want to protect children in schools."

Gray said that Garner's "ill conceived" mask mandate ban will "far outweigh any hurt feelings he may have" about an amendment which would allow schools to set rules on mask wearing.

The Arkansas legislature will convene a special session on Tuesday, August 3.