As COVID-19 cases continue to climb in Arkansas, summer camps are weighing whether it's worth it to stay open. 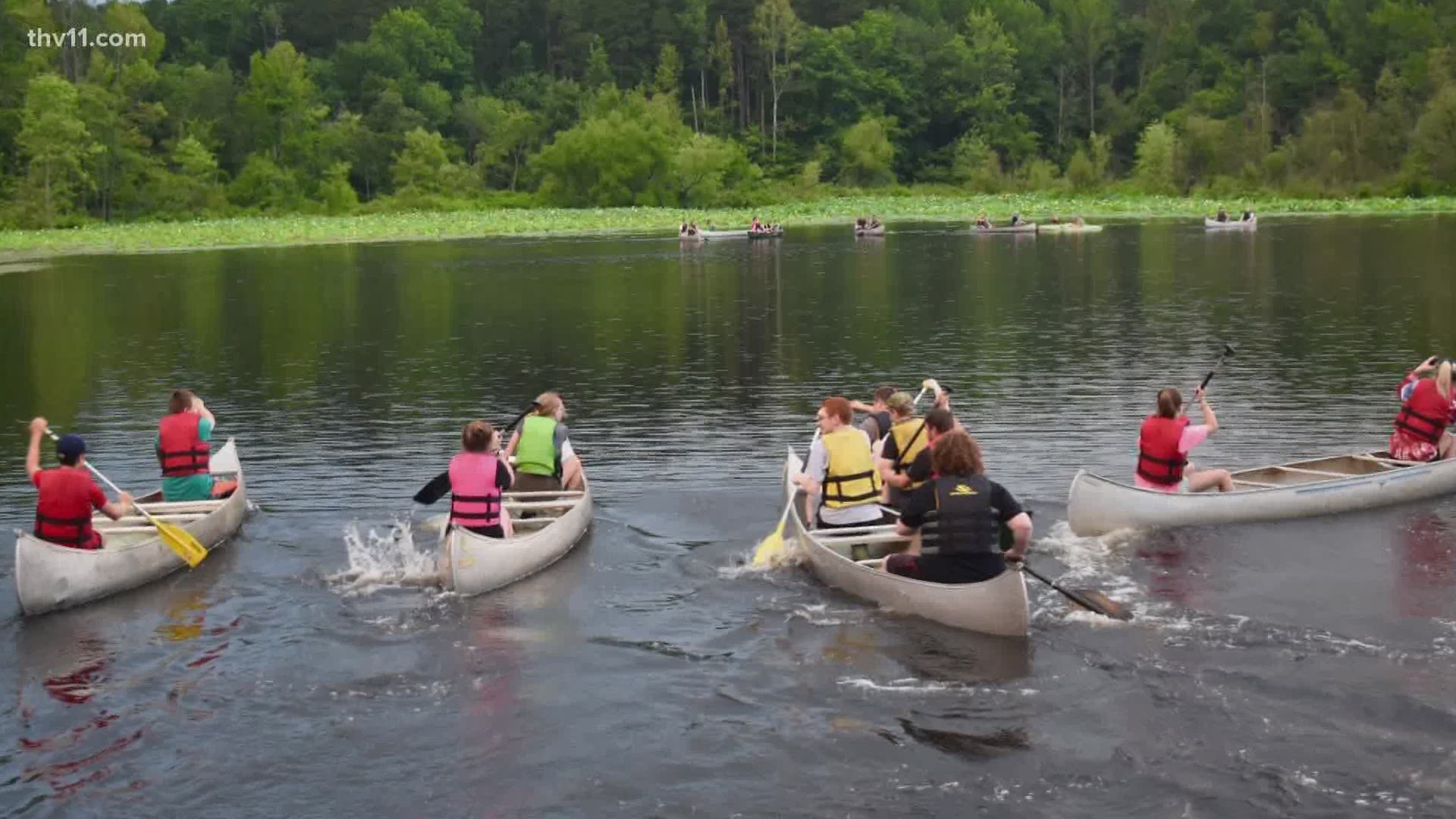 LITTLE ROCK, Ark. — As COVID-19 cases continue to climb in Arkansas, summer camps are weighing whether it's worth it to stay open.

"If I feel like she'll be safe next week I will let her go," Dawn Adams said.

Adams is preparing to send her daughter off to a summer camp in Oklahoma next week, after canceling her original trip last month because a counselor tested positive for COVID-19.

"We got an e-mail the night before, the trunk was packed," she said.

She is currently struggling on whether sending her is the right thing to do, after hearing Camp Ozark in Mount Ida is temporarily shutting its doors after multiple campers and staff tested positive. It is unclear exactly how many have the virus.

"It's a hard decision because you want to allow your children to be happy and social," Adams said.

She is in contact with the camp every day to make sure no one has tested positive since.

"I do trust that they're doing everything that they can to keep the kids safe, especially since they've had a case a few weeks ago," Adams said.

David Cox is the director of Lutheran Camp on Petite Jean Mountain, where so far no one has tested positive.

"It's a small camp to start with, but our registration is way down to what it's been in the past," he said. "We have had some parents who originally registered their kids and then changed their minds."

Each session has less than 30 kids, and the camp is strict about following the social distancing guidelines.

"Kids wear masks most of the time. Except when they're eating, bathing, exercising, or sleeping," he said.

However, it worries him a camp in Arkansas is seeing cases.

"One of our sister camps in Texas also had to shut down," Cox said.

But with cases not slowing down in Arkansas, Cox is watching the numbers closely until camp comes to an end at the end of the month.

"I don't know if we had been able to foresee how many cases there would be, I'm not sure we would have gone ahead and had camp," he said.