"I am nervous. I'm not terrified, but I'm certainly nervous and I'm fully aware of the risk I'm assuming when I step into that classroom next week." 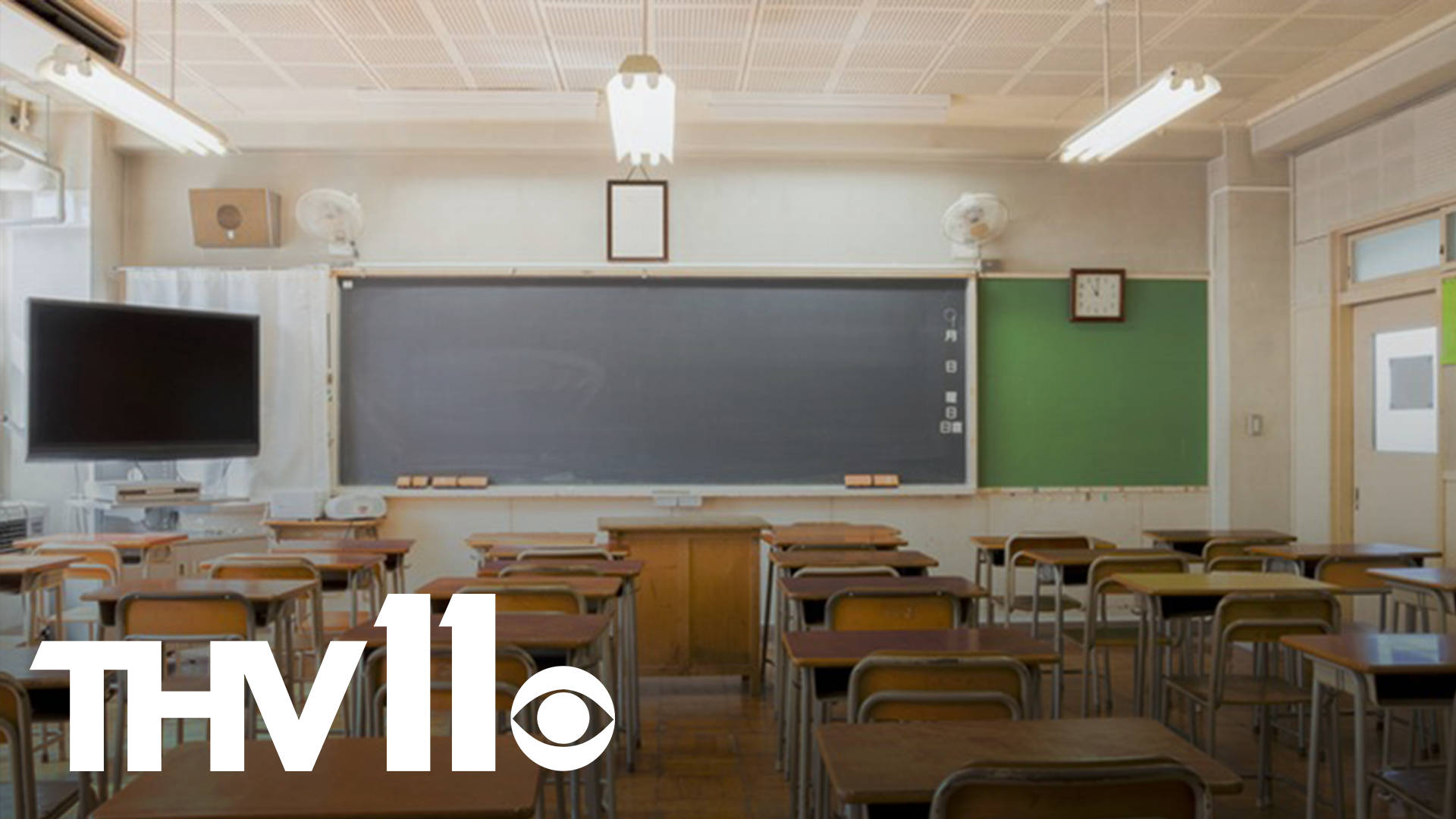 LITTLE ROCK, Ark. — The current surge in COVID-19 cases is the exact reason some Arkansas teachers are concerned about heading back into the building on Monday morning.

"I am nervous. I'm not terrified, but I'm certainly nervous and I'm fully aware of the risk I'm assuming when I step into that classroom next week," she said.

Last semester, Buckley had no more than 13 kids in her class at a time, but when she heads back to school on Monday morning that class size will double.

Buckley said with the spike after Thanksgiving, it's inevitable the same will happen following the longer Christmas break.

One Arkansas teacher, who chose to remain anonymous, said there are a lot of emotions involved.

"Apprehensive, nervous. Always look forward to seeing my students, that's not the issue," she said.

She described it as "impending dread" over what's going to happen next.

"We have students in face-to-face instruction while we have this community spread rate and it just seems like a cycle," she said.

She said her main concern going back on Monday is the immediate health risk it has on her co-workers and students and the potential loss it could cause.

RELATED: LIST: Where can I get the COVID-19 vaccine in Central Arkansas

"Any teacher that's been through that knows what the rest of the school year is like with the empty desk and the impact that it has," she said.

Both teachers expressed gratitude and appreciation toward their district, but they feel more can be done on the statewide level to protect everyone involved.