Texas bar owners protest the shutting down of bars by Gov. Abbott

The protest started at the Texas Capitol at around 11 a.m. and ended at the Governor's Mansion in Austin. 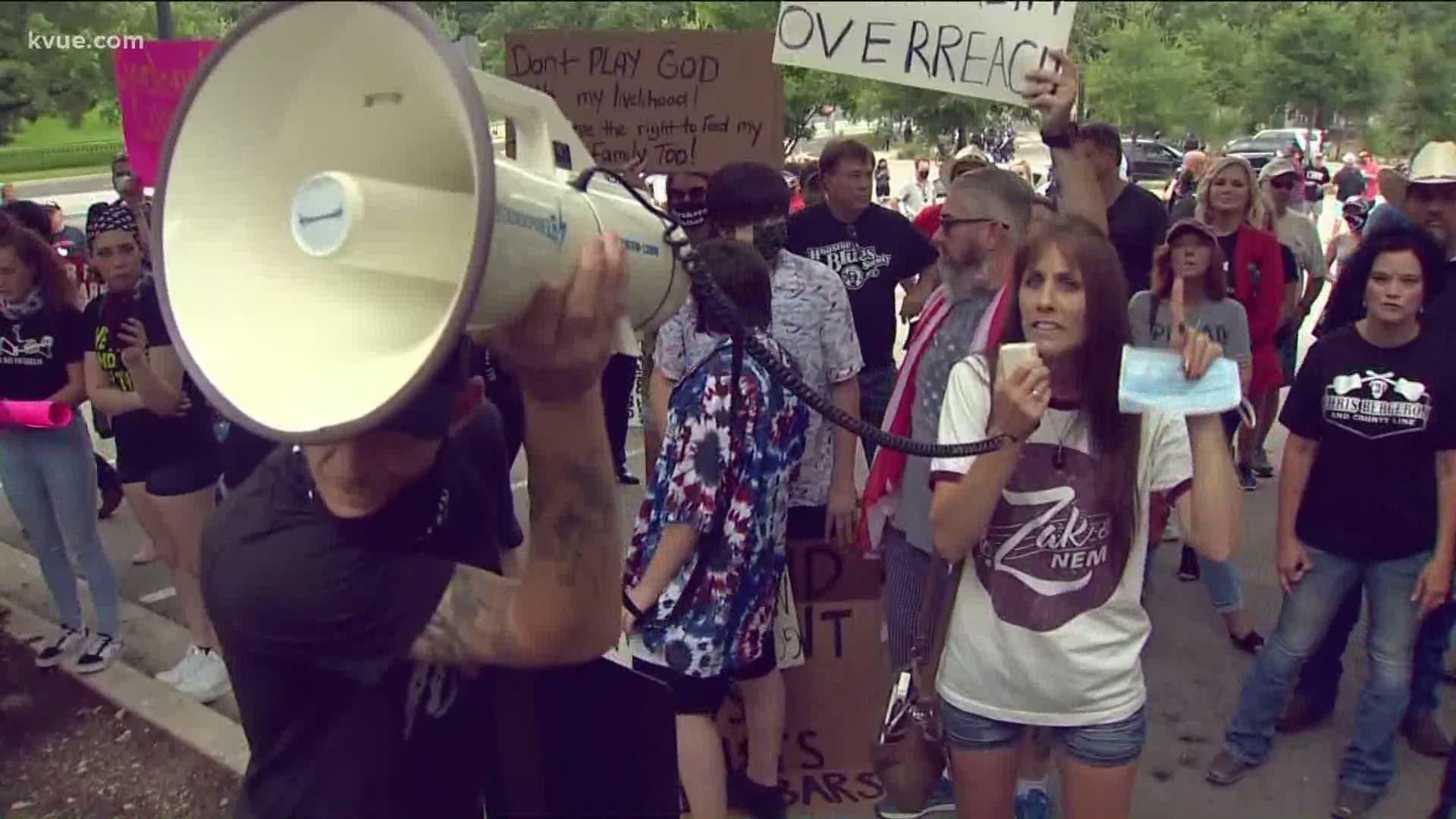 AUSTIN, Texas — Bar owners from across the state took to the streets of Austin on Tuesday, June 30, to protest Gov. Greg Abbott shutting down bars to slow the spread of COVID-19.

The protest started at the Texas Capitol around 11 a.m. and it ended at the Governor's Mansion in Austin.

"Open these bars and let us all go to work!"

That's what one protester screamed through a megaphone.

One by one, bar owners yelled outside the Governor's Mansion demanding that Gov. Abbott reopen bars.

Protesters described how the governor's executive order has taken away their livelihoods and destroyed their businesses.

COVID-19 has hit the bar and restaurant industries especially hard. The Texas Restaurant Association cites a loss of 800,000 jobs.

RELATED: Texas bars must close except for to-go, restaurants go back to 50% capacity: Gov. Abbott

Right before, demonstrators were at the State Capitol where protesters heard from several speakers, including Dallas-area salon owner Shelley Luther. She made a name for herself when she was jailed for refusing to close her hair salon despite emergency orders.

She said she's down here supporting bar owners and also because she's directly affected by this executive order. Luther said many don't know that her main source of income is that of a musician.

"When before all of this happened, we were, you know, we had dates all across the United States booked and to perform. And we lost $40,000, like, in one week. And that's just not us too, that's the band members underneath us and sound people and all of those things that ... I don't think people realize how many people this affects. So I really feel for these people because it's not about a drink," Luther said.

There were plenty of Texas Department of Public Safety Troopers on hand for the protest.

PHOTOS: Austin bar owners protest the shutting down of bars by Gov. Abbott

"The message we want to get across to him is that he literally shut down thousands of small business owners servers who drive off their tips. They're unemployed with small children. He shut us all down, band members, we're musicians that they can't work. They can't work. He's going to put us into bankruptcy," Allen said.

Sen. Ted Cruz gets haircut at Dallas salon to show support after owner's release from jail

Shenita Cleveland said she joined the lawsuit because Gov. Abbott is targeting bars.

"Where you're allowing other establishments that can hold, capacity-wise, way more than bars, and they're still operating," said Cleveland.

A handful of Black Lives Matter members showed up. Two told KVUE's Jenni Lee that they were offended by the "Bar Lives Matter" sign and that they didn't want bars to reopen.

As of June 29, more than 153,000 cases have been reported in the state and more than 2,400 Texans have died, according to the Texas Department of State Health Services. Additionally, an estimated 81,335 people have recovered.

Austin's positivity rate is the highest in the country. So what does that mean? 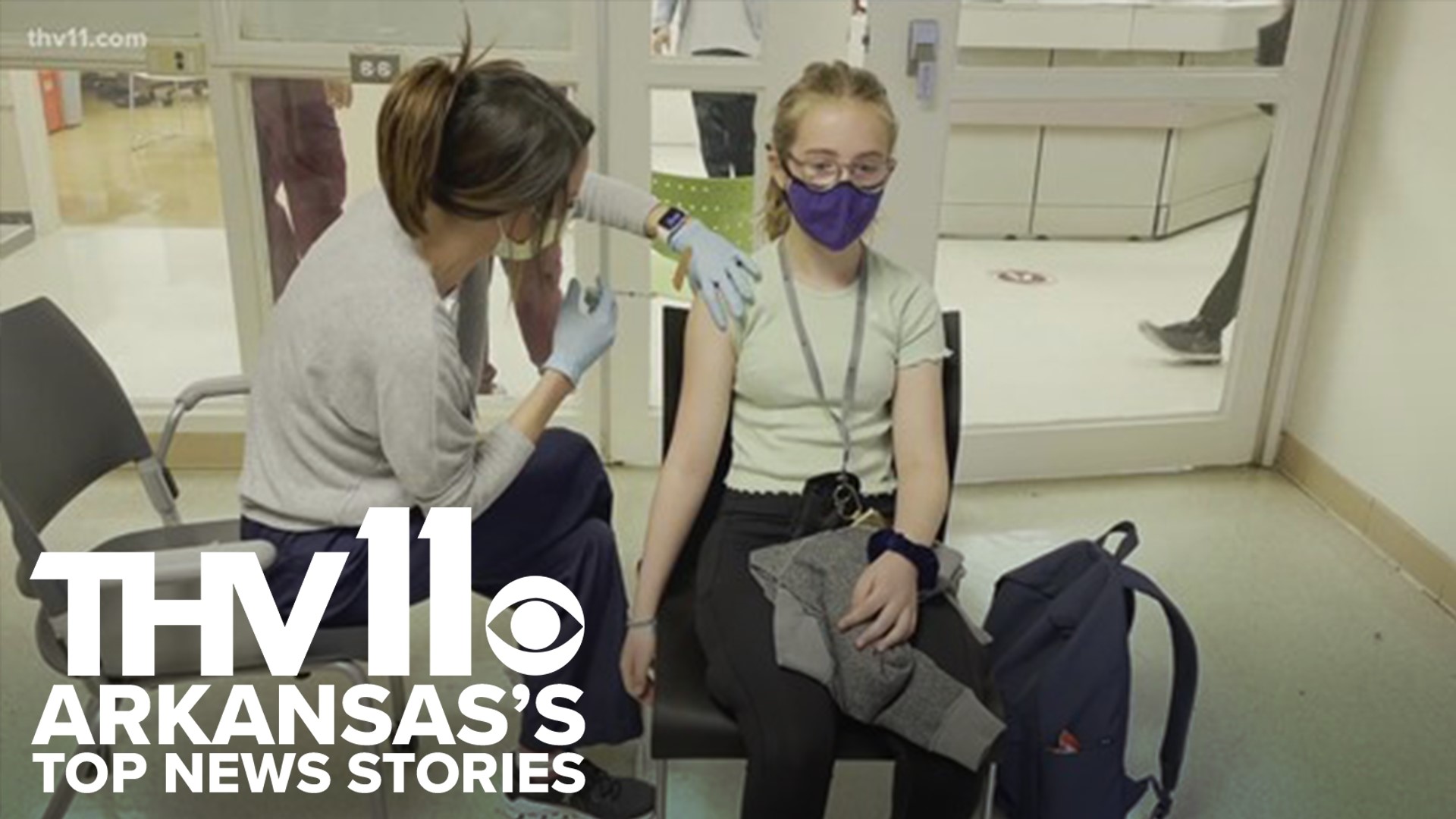