With active cases climbing throughout June and signs of "bad behavior" showing up on social media, bar owners in Arkansas are facing difficult decisions. 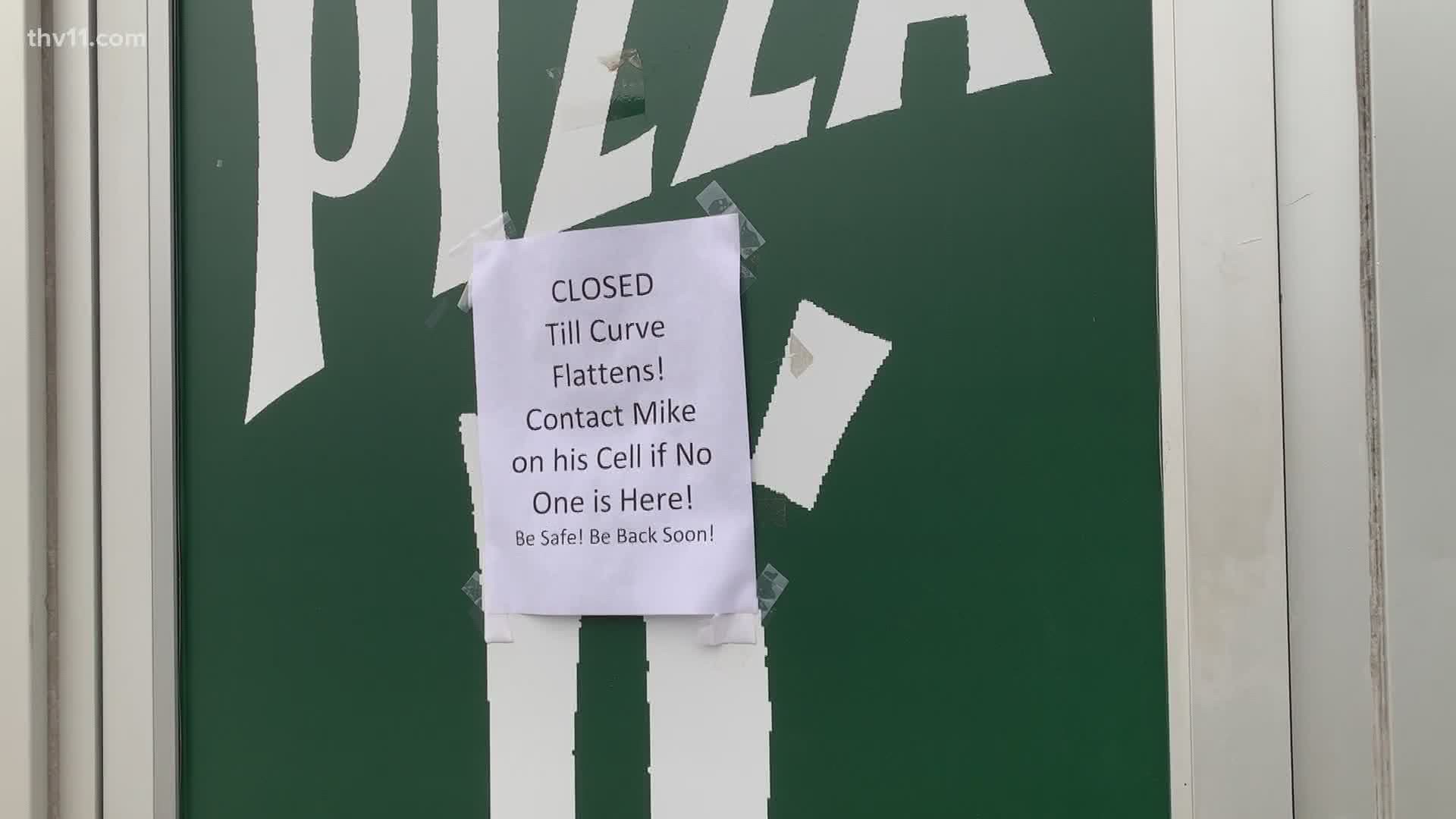 LITTLE ROCK, Ark. — With active cases climbing throughout June and signs of "bad behavior" showing up on social media, bar owners in Arkansas are facing difficult decisions over trying to stay in business while abiding by strict health guidelines.

"I don't want it to be that 'did you hear Pizza D's is the new hot spot,'" said Mike Brown, the managing partner of Pizza D' Action, a longtime dive bar in Little Rock that held it's own as a nightlife hot spot before the pandemic changed how we use the term.

Brown has been trying to do everything safely so far.

"Once the pandemic hit, we immediately switched to only come in and pick it up, curbside or delivery," Brown said, holding up takeout menus with coupons that the hole-in-the-wall on W. Markham St. never before tried.

It started to change the place's image, but then bars started taking the blame for rising virus cases in Florida and Texas.

"Then this past week our numbers just went BOOM and crashed," Brown said.

The receipts disappointed Brown, who has been passing the time making social media videos of what his skeleton crew is cooking up.

The clips come complete with puppets and plenty of words of caution from "Social Distance Mike" in a voice that sounds like it came from deep inside an alligator or an energetic pro wrestler.

"It's a tough decision, but we're gonna use it as an excuse to redo our floors and make some improvements and at the same time I refuse to become a hot spot," Brown said.

Other restaurants and bars have come to similar conclusions. Mike and Dona Pettey own the Ohio Club in Hot Springs and went through massive renovations beginning in March.

They continue to stay closed even whole other Hot Springs spots opened to 33 and 66% capacity through June.

Brown admits the calculations are different in other parts of the state, and there doesn't appear to be imminent pressure to rollback openings from governor Asa Hutchinson.

"You can see from other states that some governors have taken steps to close down and put more restrictions on," the Republican said Monday during his media briefing.

"We want to avoid that in Arkansas but we have to have everybody's cooperation."

Brown's cooperation extends to staying closed for however long it takes to further flatten the curve. After that, he plans to stick some higher moral guidelines.

"There's nothing that we can do except try to love our fellow man, take care of each other, socially distance, wash your hands and do what's right," he said.