Despite quarantine, city workers stay on duty by isolating in vehicles

After a co-worker tested positive for COVID-19, Hot Springs leaders determined working from their mobile offices would be just as safe as home offices. 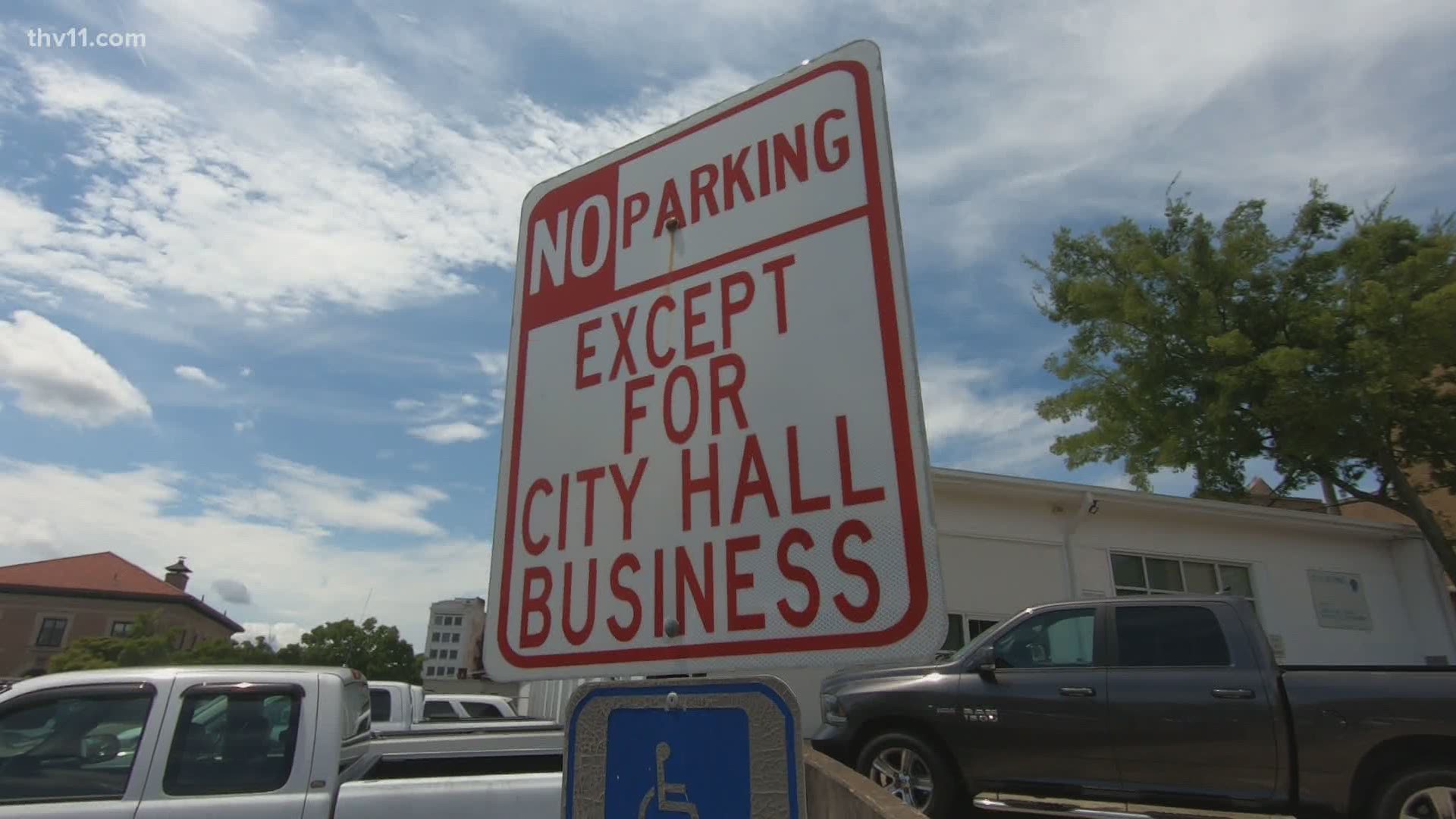 HOT SPRINGS, Ark. — A worker in the Hot Springs code enforcement department tested positive for coronavirus this week, prompting orders to isolate at home, but several of the man's co-workers stayed on duty by performing inspections from their city vehicles.

"We're very conscious of the safety of our employees, as well as our residents," said city manager Bill Burrough, who made the decision to allow the workers to "car-antine," provided they stayed in their vehicles and had no contact with the public.

"We made sure that any employee that had contact with that individual that we also sent them for testing," he said. "All of those came back negative, however we did quarantine them for the 10 days."

Burrough said the workers could perform nearly all of their duties without interacting with people. They drove their inspection routes and entered observations and notes into an iPad. In addition to having to have a mask on at all times in public, the workers were even restricted from going to drive-thru windows to get meals.

"We knew that the likelihood of another employee testing positive was probably low, but we still wanted to take the precautions that are outlined by the CDC," said Burrough.

The move did alarm some on the staff, especially after the city shut down the water department payment center last month because of positive tests. Cases in Hot Springs have also been growing as summer travel picks up.

Burrough says no one in this case has been seriously ill, and the choice kept a vital city service going.

"These employees wanted to work for the most part," he said. "Whether they're isolated in a vehicle or isolated at home, it's really the same result."

Pending clearance by the testing clinic, all are scheduled to clear quarantine on Monday Aug. 17.