Mayetta Johnson's big secret to a long life is faith, mixed with some good genes. 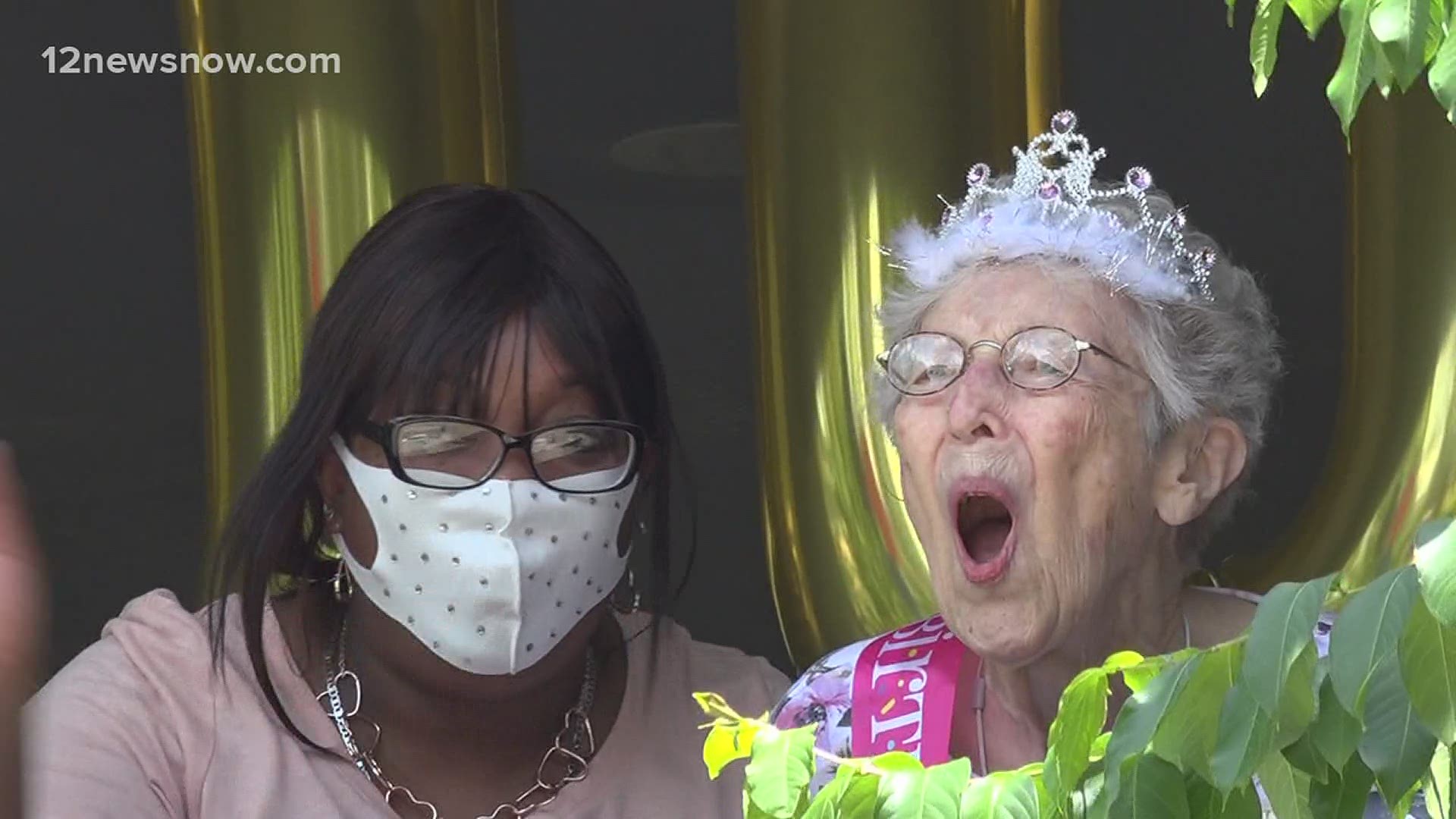 BEAUMONT, Texas — Mayetta Johnson has lived through 11 presidents, two depressions, the first man on the moon and more.

Her family certainly was not going to let a global pandemic get in the way of celebrating her birthday. Nursing and assisted living facilities still have strict visitor policies in place, so her family had to get creative.

This may not be the birthday celebration that Mayetta's family could have ever imagined, but they said they were grateful she was smiling and full of joy.

The doors of Collier Park Assisted Living have been closed to the public for months, since early March. Once a week, Kathy Johnson would visit her mother-in-law Mayetta and bring her groceries.

"I did that for nine years and then, it just stopped," she said.

Lately, it's been window visits and phone calls. But this weekend, her mother-in-law is reaching a milestone that had to be celebrated — even if it's at a distance.

"Many things were a surprise, I didn't know my family was coming," Mayetta Johnson said.

"I said you need to write a book on how to age gracefully, because that's exactly what she's done and she can teach us a thing or two," Kathy Johnson said.

Mayetta's big secret to a long life is faith, mixed with some good genes.

"It's all in the good Lord's doing," she said. "I had a grandfather that lived to be 103 and I must have gotten his genes. I don't have a whole lot to say these days, except I'm very thankful to the good Lord for all his blessings."

It's not the celebration Kathy would have planned for the mother-in-law she admires so much, but she is thankful for people like Encompass Health area manager Angie Seymour who helped make it happen.

"The smile on her face today just blessed my heart," Seymour said.