Hikers on the Appalachian Trail face difficult decisions as the coronavirus pandemic worsens: postpone a dream or ignore warnings and keep hiking. 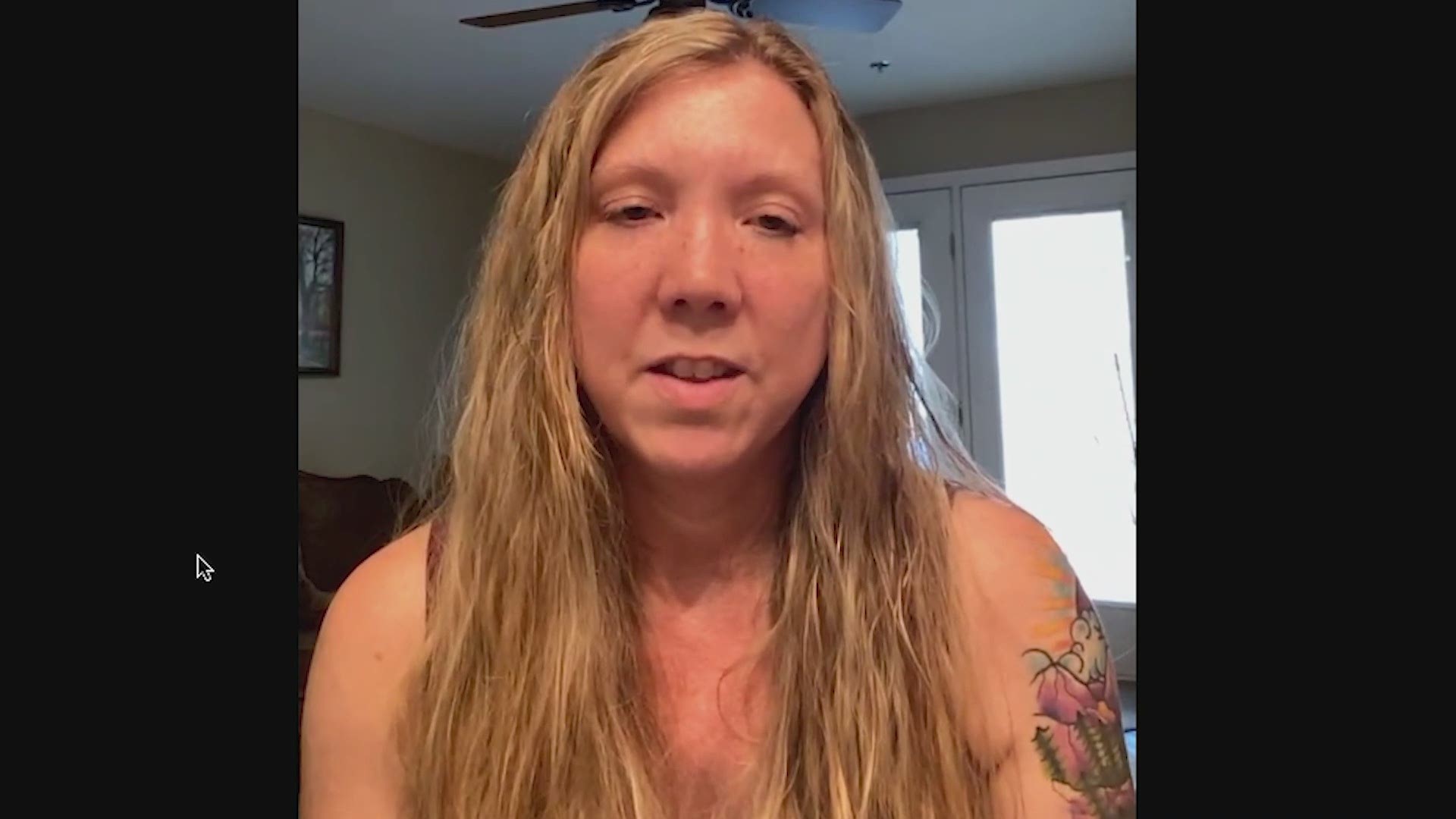 When Alexandra Eagle first mentioned plans to hike the entire Appalachian Trail alongside her new husband, her sister told her they'd either be divorced in five months or married forever.

Eagle, 33, and Jonathan Hall, 36, had just moved out of their Brooklyn apartment when they married on March 2, the third anniversary of the blind date that brought them together. They had talked about the Appalachian Trail in their first conversation and, when it came time to plan a honeymoon, they decided to make the hike.

“This was going to be an epic adventure,” Eagle told The Associated Press.

The couple spent a year researching, training and saving before setting off on the 2,190-mile (3,525-kilometer) journey seven days after their wedding. They knew about the new coronavirus spreading across the globe but considered themselves lucky to be trading Brooklyn for a tent on the trail, especially as New York fell under restrictions to prevent the virus's spread.

“We always figured that being out on the trail and seeing a dozen people a day was a fine position to be in,” Hall said.

As the pandemic grows, hikers face the difficult decision to postpone their dreams or ignore warnings and forge ahead. Like virtually every other entity in the U.S., the Appalachian Trail Conservancy began issuing COVID-19 safety guidance in March. But social distancing and hand-washing suggestions soon shifted to urging all hikers to leave the trail immediately. Shelters and privies were shut down, and volunteer programs were halted. On Wednesday, the conservancy and 29 other trail-maintaining clubs asked federal officials to close the trail until the end of the month.

Though more than 3,000 “thru-hikers” set out to traverse the length of the trail each year, only about 25% successfully make the hike from Georgia to Maine, which typically takes about six months.

Eagle and Hall never considered any scenario but finishing.

They picked up speed as they moved into the Great Smoky Mountains along the Tennessee-North Carolina border. They woke to sunrise on Clingmans Dome — the trail's highest point — a view that seemed to sum up exactly what they’d hoped for from their newlywed adventure.

Credit: AP
In this March 30, 2020, photo, Alexandra Eagle, left, and Jonathan Hall soak up their last moments hiking the Appalachian Trail in Cosby, Tenn. The couple is postponing the 2,190-mile hike until the coronavirus pandemic ends. (AP Photo/Sarah Blake Morgan)

At the same time, families across the U.S. braced for lockdowns as COVID-19 spread through cities and towns claiming more lives. Days would pass before Eagle and Hall had enough cellphone service to see just how dire the crisis had become.

Fellow thru-hiker Kimberly Selvage was 30 minutes from Hot Springs, North Carolina when she called a local hostel to confirm her reservation.

“He was like, 'Ma’am, I think you’ve been in the woods too long; the whole world is shutting down,'” she said.

That wasn’t exactly the type of solitude Selvage had in mind when she quit her job, rented out her house in Las Vegas and started her hike on Feb. 26.

Selvage, 51, said she thrives by herself and set out to hike the trail alone, so when whispers of closures and restrictions started to spread, she wasn’t too concerned and pressed on.

With her two kids in college and her parents gone, the Appalachian Trail was home for the time being, and it’s where she believed she was safest. Leaving it would mean a cross-country drive exposing her to far more people than she encounters while hiking, she said.

But as more trails closed and communities issued shelter-in-place orders, Selvage decided to throw in the towel for the time being after hiking 470 miles (755 kilometers).

“The closures and general virus fear was changing the vibe of my hike,” said Selvage, who started the hike, in part, to experience the culture of trail towns. “I chose to pause to get the full experience when it was less controversial.”

Selvage rented an SUV and drove back home to Las Vegas. She slept in the back of the car. Now, she's renting out a room in a friend's house until the all-clear is given to hike again. “I still think I was safer on the trail,” Selvage said.

For Eagle and Hall, deciding to stay or go was brutal. The couple debated day after day as they hiked over rocks and waterfalls. They hadn’t yet come to terms with their choice when they loaded their backpacks into the trunk of a rental car in Tennessee.

“Even right now, I don’t know if we’re doing the right thing," Eagle said through tears.

RELATED: US braces for more virus deaths as Europe hopes crisis is peaking

Their decision came down to the small chance that they might catch and spread the virus, something Eagle said she couldn’t live with. Most people with COVID-19 experience mild to moderate symptoms, but for others, it can cause more severe illness or death.

For now, they'll stay with her parents in Louisiana, which has more than 12,000 confirmed cases.

"Is that better? That’s hard to say,” she said.

They’ll try to stay in shape while they wait for the all-clear. Hall joked about looking into a treadmill sale he saw online. But as the timeline becomes grimmer with each passing day, he thinks they might be saying goodbye to the AT for good.

His wife disagrees and sees them starting again in a few months. Until then, she's trying to keep her disappointment in perspective.

“I’m just trying to focus in on the fact that we are in such a better position than most of the world,” she said.