David Pryor, the former Arkansas Governor and U.S. Senator, has been released from the hospital due after a COVID-19 diagnosis, according to Gov. Hutchinson. 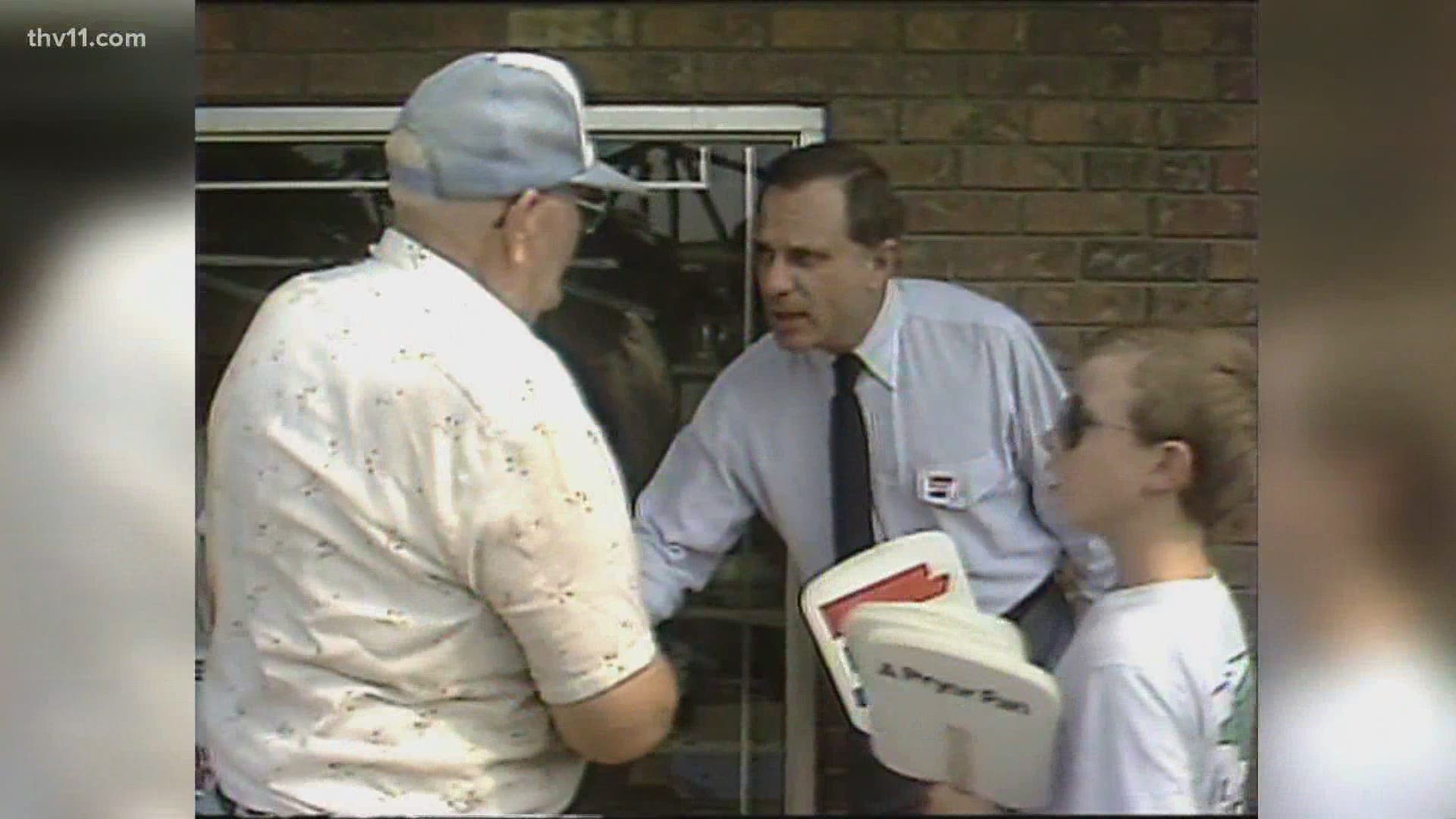 LITTLE ROCK, Arkansas — Update: On July 17, Governor Asa Hutchinson announced Pryor has been released from the hospital and is continuing his recovery from home.

Original Story: Governor Asa Hutchinson announced at the beginning of his COVID-19 press briefing Monday that former Arkansas Governor and U.S. Senator David Pryor is currently in the hospital after testing positive for coronavirus.

Hutchinson said he spoke with former U.S. Senator Mark Pryor, David's son, earlier in the day to discuss the news and to offer prayers to the family.

The governor also announced David's wife, Barbara Pryor, has also tested positive for coronavirus but is back home recovering.

"It just illustrates that no one is immune," Hutchinson said.

According to the Pryor family, David and Barbara tested positive on Friday night and visited UAMS the next day. Barbara was sent home to self-quarantine due to being asymptomatic, while David was admitted "given his age of 85 and the fact that he is a stroke and heart attack survivor."

“We are hopeful that both will have a full recovery and we look forward to them testing negative soon. Both are in the required isolation and they want to encourage everyone to wear masks, wash hands and follow the other CDC guidelines, so we can stop the spread of this deadly virus," the family said in a statement. "We respectfully ask that you honor our family's request for much needed privacy and refrain from any calls at this time. We will issue another statement in the upcoming days in the event that either’s status changes, but in the interim, we humbly ask for your prayers."

RELATED: UAMS chancellor calls for 'mandatory masking' in Arkansas after 1,061 cases in one day

RELATED: Army veteran dies from coronavirus at 37; friends hope his death will serve as cautionary tale