Fatigue and exhaustion among healthcare workers as COVID-19 cases rise

"It's not uncommon that someone will call me crying and saying, 'I can't take this anymore. This is exhausting,'" said Dr. Khan. 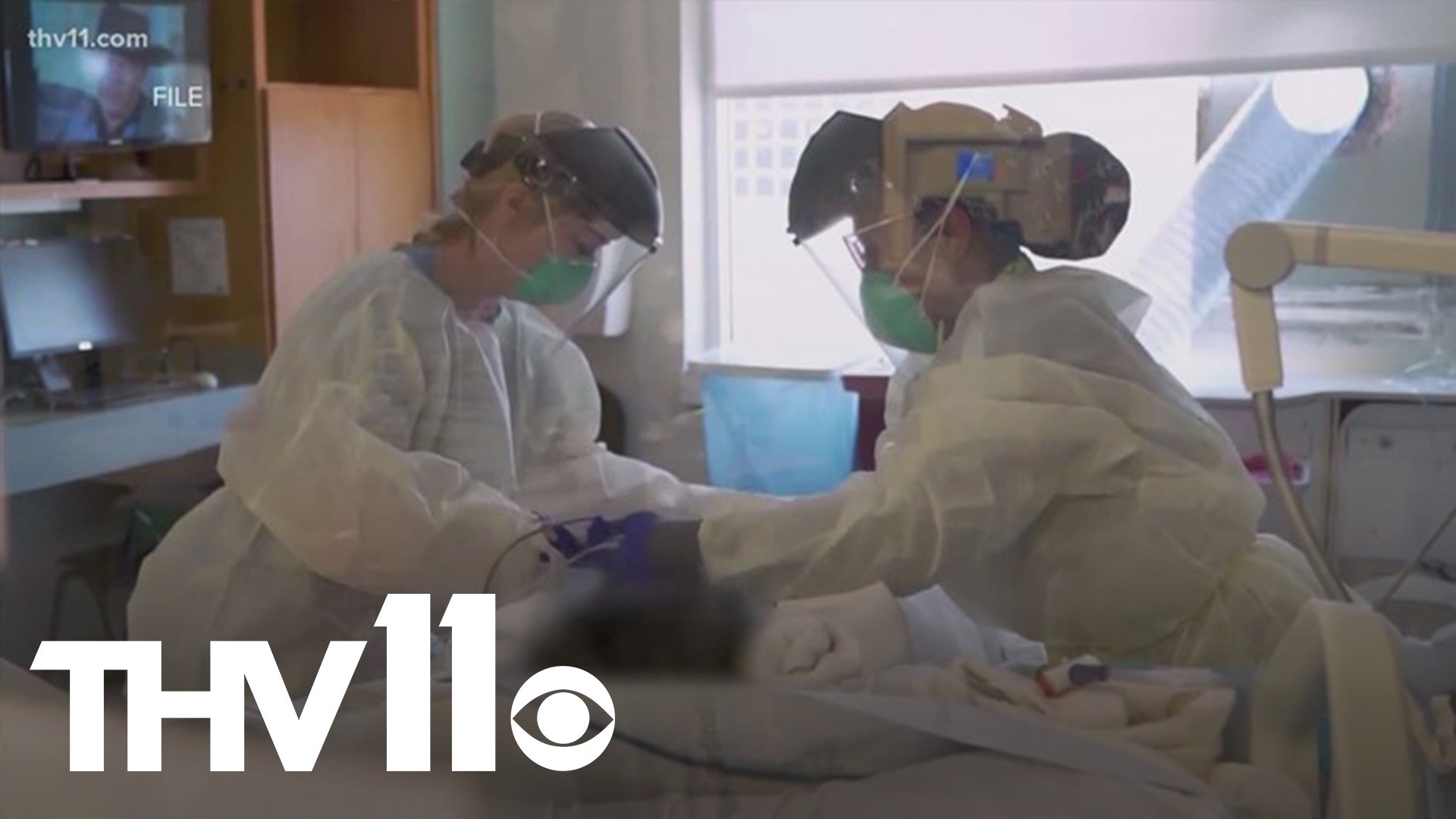 LITTLE ROCK, Arkansas — Healthcare workers everywhere are feeling exhausted as cases of COVID-19 continue to rise. As more people trickle into the hospitals, more workers are trickling out.

"As a healthcare worker, you're kind of torn. You're kind of trained, in a way, to put your patients first and, most of the time, that's what we want to do," he said.

RELATED: You can 'adopt' a unit of Arkansas nurses to support them during the pandemic

"People have slowly started to trickle out of the hospital from nursing staff to doctors themselves. It's been harder to find people who want to work in these conditions," he said.

The doctor, who floats between hospitals in Pine Bluff and El Dorado, said everywhere is understaffed.

In November, Khan worked close to 27 days with only a couple off. Some of those extra hours due to lack of manpower, but others to cover for a co-worker that just needed a break.

"It's not uncommon that someone will call me crying and saying, 'I can't take this anymore. This is exhausting,'" he said.

But these extra shifts are starting to weigh on him.

Khan said physically and emotionally, he can't keep doing this much longer.

"You just start getting used to seeing people die a lot and that, I think, that frustrates all of us. It's not something you want to continuously see over and over again," he said.

Khan pleading what healthcare workers everywhere need right now is support and that support means doing the right thing to prevent the spread of this disease.

Khan explained how thankful he was for everyone who has been there for him during these difficult months and wanted to thank the nurses, respiratory therapists and everyone else who works at the hospital.

He hopes some day they get all the recognition they deserve.