"We didn't know about it at the time. The people we were exposed to didn't exhibit any symptoms." 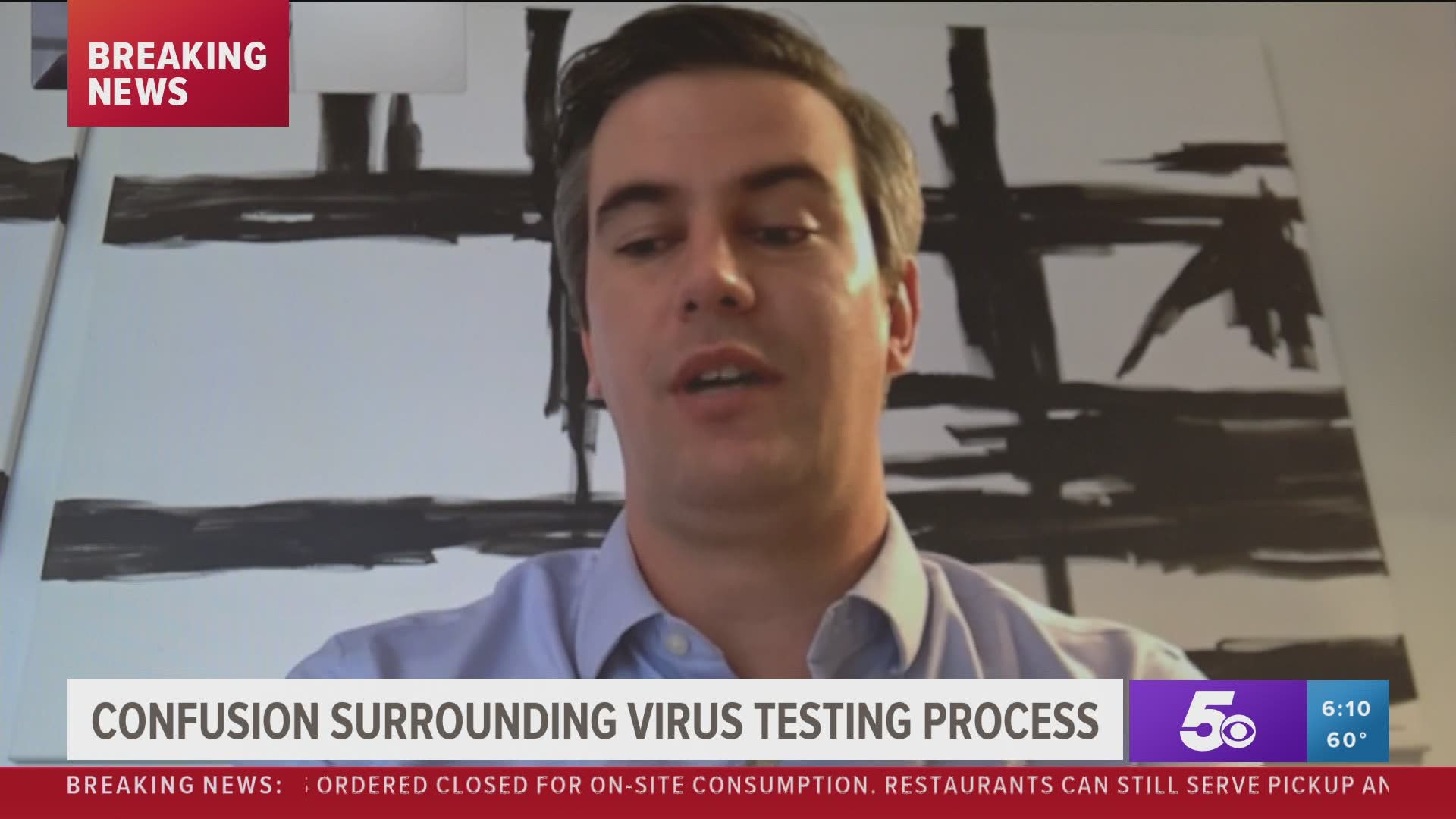 FAYETTEVILLE, Ark. — A Fayetteville man is sharing his story of self-quarantine after he says his wife tested positive for COVID-19.

"We didn't know about it at the time. The people we were exposed to didn't exhibit any symptoms," Matt Benson said.

Matt and his wife Maggie live in Fayetteville. A couple of weeks ago they said they went to a social event in Little Rock where a couple who had been exposed to coronavirus was also in attendance.

This past Sunday (March 15), the Arkansas Department of Health and the couple contacted the Benson's.

The Arkansas Department of Health told the Benson's what to do.

"They said 'Hey you know? You've been exposed, be watching for symptoms. Stay home'," Matt said. "We weren't going to be tested even with a known exposure because we weren't showing any symptoms. We are both young and healthy."

Matt said late Monday night (March 16) and into Tuesday (March 17) his wife started showing symptoms of coughing and fatigue. They called the screening hotline and their doctor for guidance.

"They had us come into the hospital that day for testing," he said.

A doctor called them back to deliver the results of Maggie's coronavirus test.

Even though Matt is quarantined with his wife, he says he has not been tested for COVID-19.

Matt said he is currently doing work from home and his wife isn't feeling well.

"My wife is sick, certainly. She has been coughing, very fatigued, just overall not feeling well," he said. "I will say, what we were told early on and what we have been watching for is a fever. She has never had a fever."

While the Benson's continue to self-quarantine they say they're sharing their story in hopes it will bring awareness to what's going on in Arkansas right now.

RELATED: Coronavirus in Arkansas: What you need to know

RELATED: How to get screened for COVID-19 in NWA & River Valley