Gov. Hutchinson hopes to ease COVID-19 restrictions in early May

Governor Asa Hutchinson said the objective is for Arkansas to begin easing restrictions on May 4 after suggested guidelines were released by the White House. 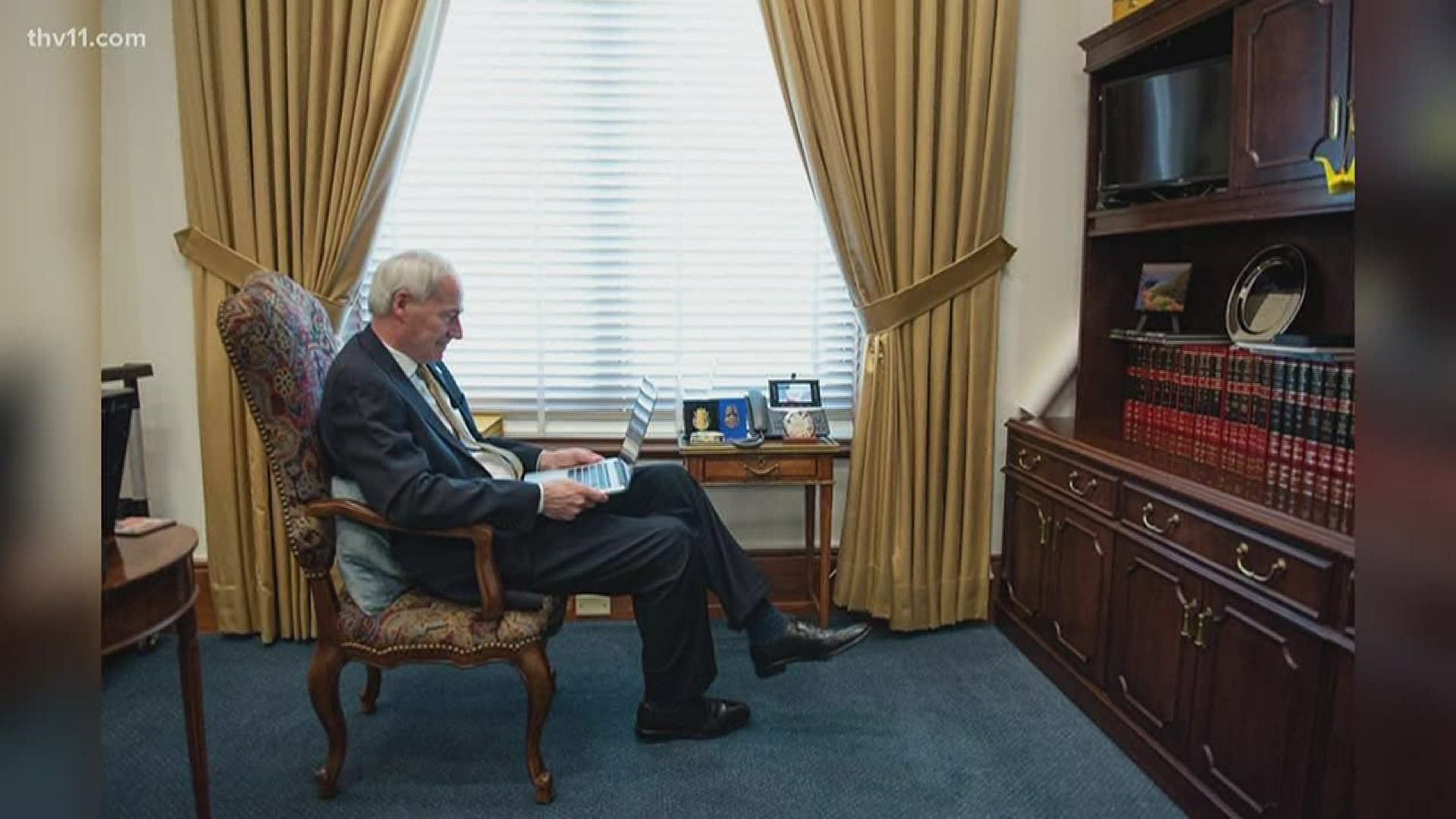 LITTLE ROCK, Ark. — After the White House released a 3-phase guideline to "opening up America again," Governor Asa Hutchinson said he hopes to begin easing restrictions set during the coronavirus pandemic on May 4.

During a press conference April 17, Hutchinson explained the three phases of the plan and how it relates to Arkansas.

Hutchinson said that while Arkansas meets some of the criteria for the plan to begin phasing, the state needs to work on developing more testing and a decrease in positive cases in a 14-day period.

"We have to be able to manage our spread to make sure we continue to reduce that, and we need everybody's cooperation," said Hutchinson.

In the first phase, the White House's plan recommends continuing strict social distancing and gatherings of more than 10 people is still discouraged.

Under phase one, businesses would be able to operate under "strict physical distancing protocols."

The second phase would encourage people to limit gatherings to 50 people or less and to "maximize social distancing where possible." Traveling could resume under this phase.

And the final phase would see a focus on identifying new cases.

Dr. Nate Smith with the Arkansas Department of Health said officials expect a downward trend in positive cases by early May.

"We are meeting some of the great gateway criteria. We have seen a decrease in some COVID-like syndromes," said Dr. Smith.

Smith encouraged people to continue wearing masks outside and staying at home as much as possible. He also said businesses should start preparing on how to maintain social distancing during the first phase.

"When we get to phase one, how can you reopen in ways that allows for physical distancing and minimize the risk of COVID-19," said Dr. Smith.

"Lives are at stake. You want to get it right," Hutchinson said. He said he wants the state to ease the restrictions carefully and hopes that can begin on May 4.

On April 22, Hutchinson announced that the state would lift restrictions on elective procedures which would be effective on April 27.

Hutchinson also said that the state would make a decision on restaurants on April 29 and gyms on April 30.

The state would also announce decisions on beauty and barber salons by May 1 and places of worship and larger venues by May 4.

This article has been updated to include new information on lifting restrictions.