"From my view, if you want to simply reduce the amount of out-of-state visitors, you're going to have to close the attractions bringing them here." 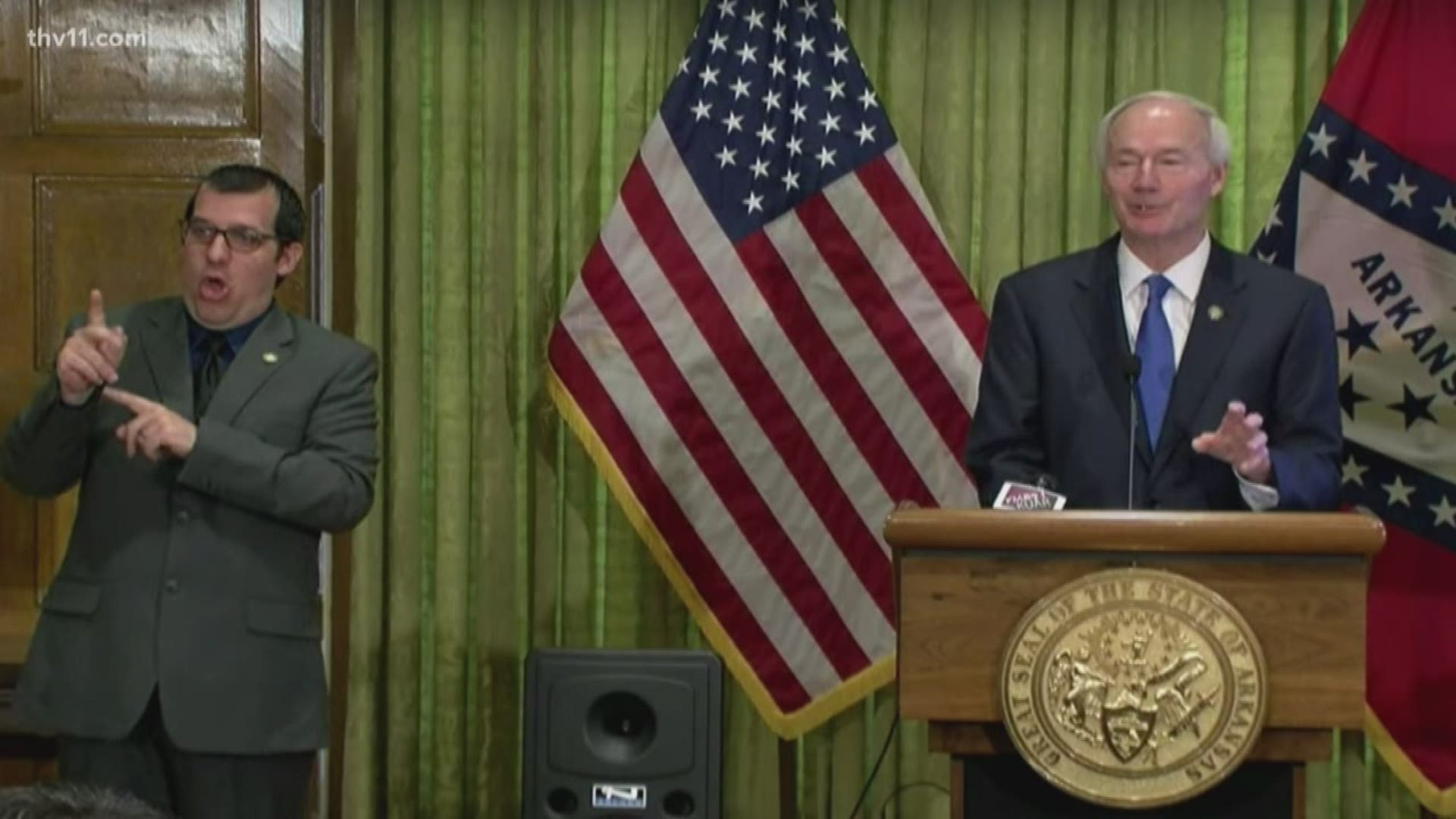 LITTLE ROCK, Ark — In a press conference on March 31, Governor Hutchinson said he's in communications with the national state parks in Arkansas.

He said some officials with the Buffalo National River in Newton County have requested closures. Some parts of the river have already been shut down due to concern for all of the out-of-state visitors coming in.

Hutchinson said he will talk with the officials and some decisions will be made.

"It's not simply about the National Buffalo River," Hutchinson said. "It's also about some of our highly trafficked state parks that are very popular.

The governor said there's concern over the amount of out-of-state tags that have been seen traveling to Arkansas parks from states considered to be hot spots.

He explained he didn't want to impede commerce by shutting down the border because some of the commerce flow could be essential to the state.

"From my view, if you want to simply reduce the amount of out-of-state visitors, you're going to have to close the attractions bringing them here," Hutchinson explained.

The governor said these visitors aren't only going to the parks, but they might be stopping for gas and touching counters. It increases the risk.