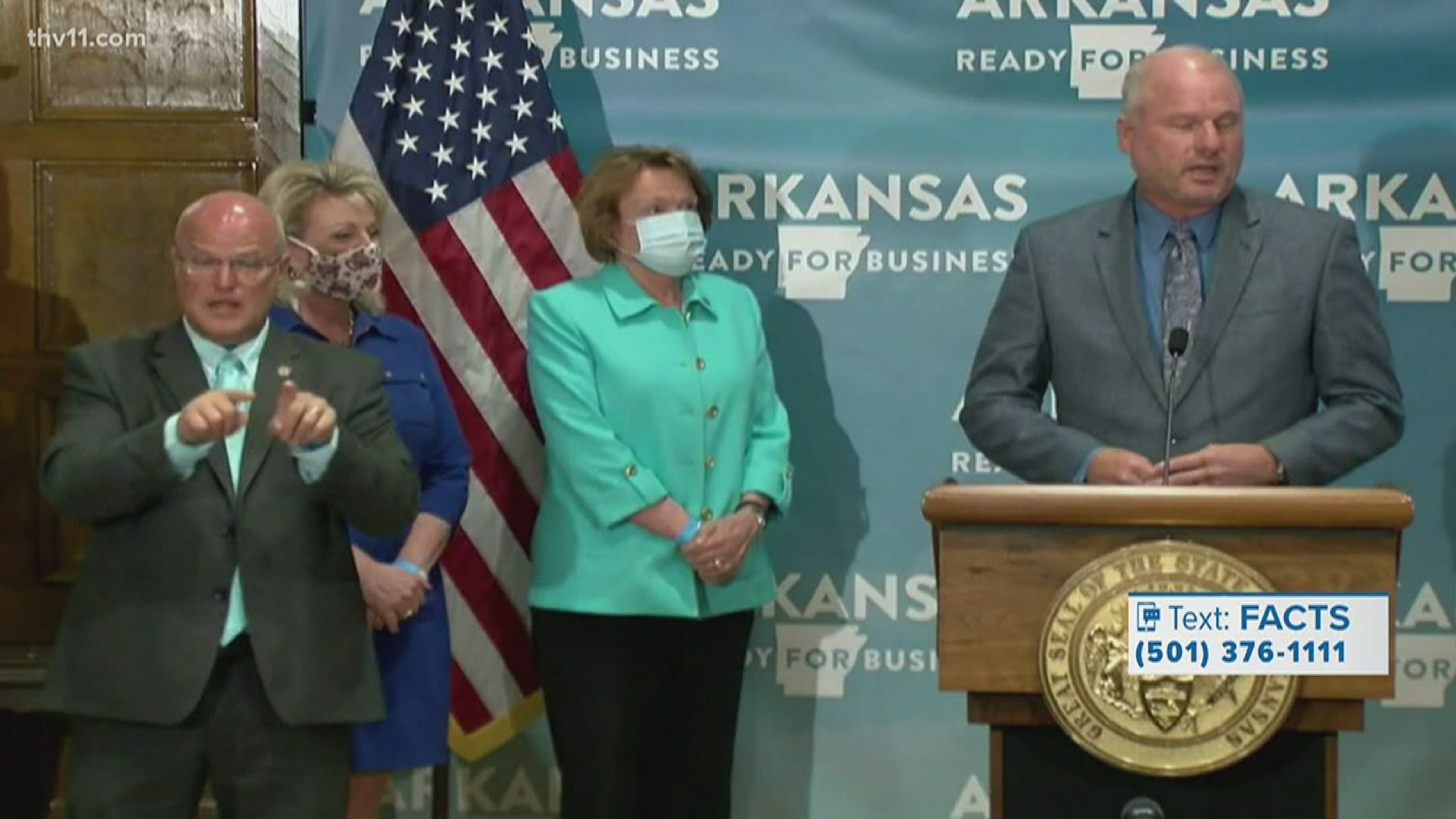 LITTLE ROCK, Ark. — Governor Asa Hutchinson signed three executive orders during a COVID-19 press briefing on Monday and also announced that there will not be a special session in Arkansas.

Two of the orders regarded immunity liability for healthcare providers and workers, as well as businesses during the coronavirus pandemic, citing that fear of litigation should not be a problem as long as precautions are being taken and CDC guidelines are being followed.

State Sen. Jim Hendren said, “You make a good faith effort to comply with CDC guidelines as a business to protect consumers, and you will receive immunity. It doesn’t apply to bad actors in Arkansas."

However, some state leaders disagree that lawsuits are not an issue right now, and these executive orders are hindering Arkansans' freedoms.

"We have not seen the rash of lawsuits that people have warned is possible," said State Rep. Andrew Collins. "They may come later, but we just haven't seen it and I'm concerned we are taking away people's rights when the rationale isn't there."

The third executive order signed was titled Workers Compensation Coverage, stating that a "causal connection" must be established by an employee that claims they were infected by COVID-19 at their workplace. Then, the compensation is assured.

When asked how someone proves they contracted the illness at their workplace, Governor Hutchinson agreed it could be challenging to prove, but Arkansas law did not allow for this opportunity before.

Still, some lawmakers are not so sure of the reasoning behind the decision.

"It's difficult to prove negligence, willfulness, recklessness, or prove it as a workers compensation claim, and that's why I'm skeptical of the idea that there's going to be this insurmountable flood of lawsuits that's going to bankrupt businesses," said State Rep. Collins.

The immunity starts today, June 15, and ends when the public health emergency order ends in the state.

COVID-19 was also listed as an occupational disease under law in the order.