COVID-19 vaccine available for all Arkansans 16 or older

Hutchinson has stated several times that he would be lifting the mandate as cases continue to slow in the state over the last month. 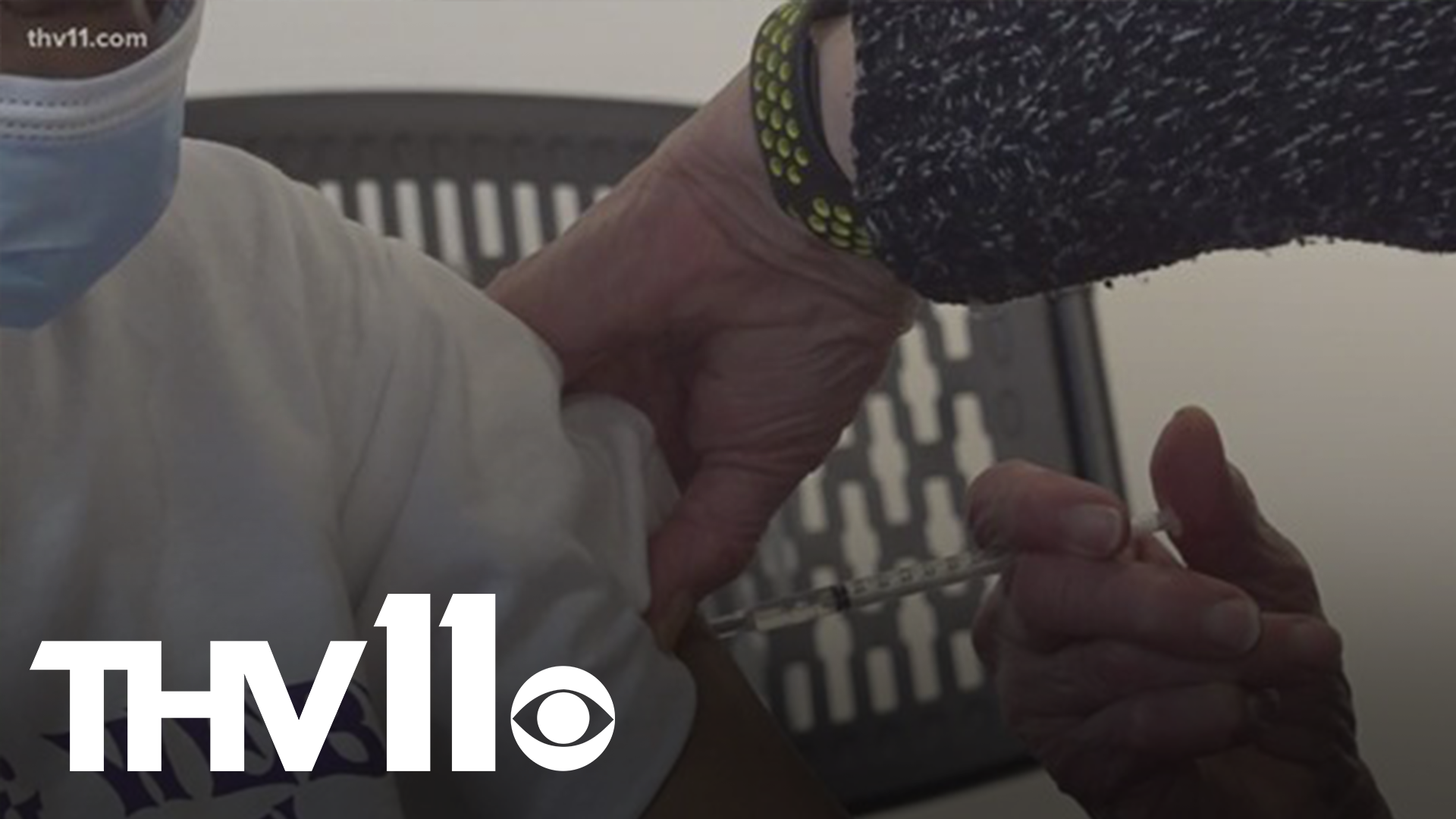 LITTLE ROCK, Ark. — During Tuesday's weekly press conference, Arkansas Gov. Asa Hutchinson is expected to lift the statewide mask mandate on March 31 after a vote to extend the COVID-19 emergency declaration in the state.

Hutchinson has stated several times that he would be lifting the mandate as cases continue to slow in the state over the last month.

On Monday, March 29, Arkansas reported under 100 new COVID cases for two days in a row. This is the first time this has happened since May 2020

During the press conference, Gov. Hutchinson announced that the state of Arkansas will end the mask mandate effective Tuesday, March 30.

The governor said while we are lifting the statewide mask mandate you should still respect individuals and businesses that require them.

In the last 24 hours, there have been 178 new COVID-19 cases, 15 deaths and 6 additional hospitalizations.

"This is our path out of the pandemic," Gov. Hutchinson said. "It is the way to get there quicker, and we want to give every Arkansan that opportunity."

It's a step many thought we'd get to, but maybe not this quickly. Anne Pace, co-owner of Kavanaugh Pharmacy, said she thinks it's time for this expansion.

"All the people that have wanted it, we've been able to get them in for a vaccine," she said. "So I think it's time for the governor to open it up."

There are things to keep in mind when it comes to this step.

It also doesn't mean that there will be a rush of teenagers at vaccine sites.

"They may not all get it," Pace said. "Their parents may not choose for them to get it, and certainly you'd need parent approval."

16-year-old Anna Mammarelli didn't waste any time getting her shot on Tuesday afternoon.

"We were doing virtual school and we got out early anyway," she said.

Mammarelli booked an appointment at Don's Pharmacy in Little Rock for 3:45 p.m., just hours after Gov. Hutchinson made the announcement.

"I didn't think I'd be able to get it until the fall. I didn't even know we could get it now, so I was pretty surprised when I found out. I was really excited to know that I could," she said.

Mammarelli said her mom told her she was eligible and there was no hesitation for her to step in line.

"It's important just because now we can be a lot safer and it's going to make life a little more normal and being able to do whatever you want and keeping people safe," she said.

In the days to come, hopefully, more Arkansans will experience what Mammarelli did on Tuesday afternoon.

"It doesn't hurt, it was very quick and easy and I'm really glad I got it done," she said.