Half of the total positive coronavirus cases in Arkansas were asymptomatic

Dr. Smith said health officials are seeing more asymptomatic COVID-19 cases across Arkansas, with half of the total cases reporting no symptoms. 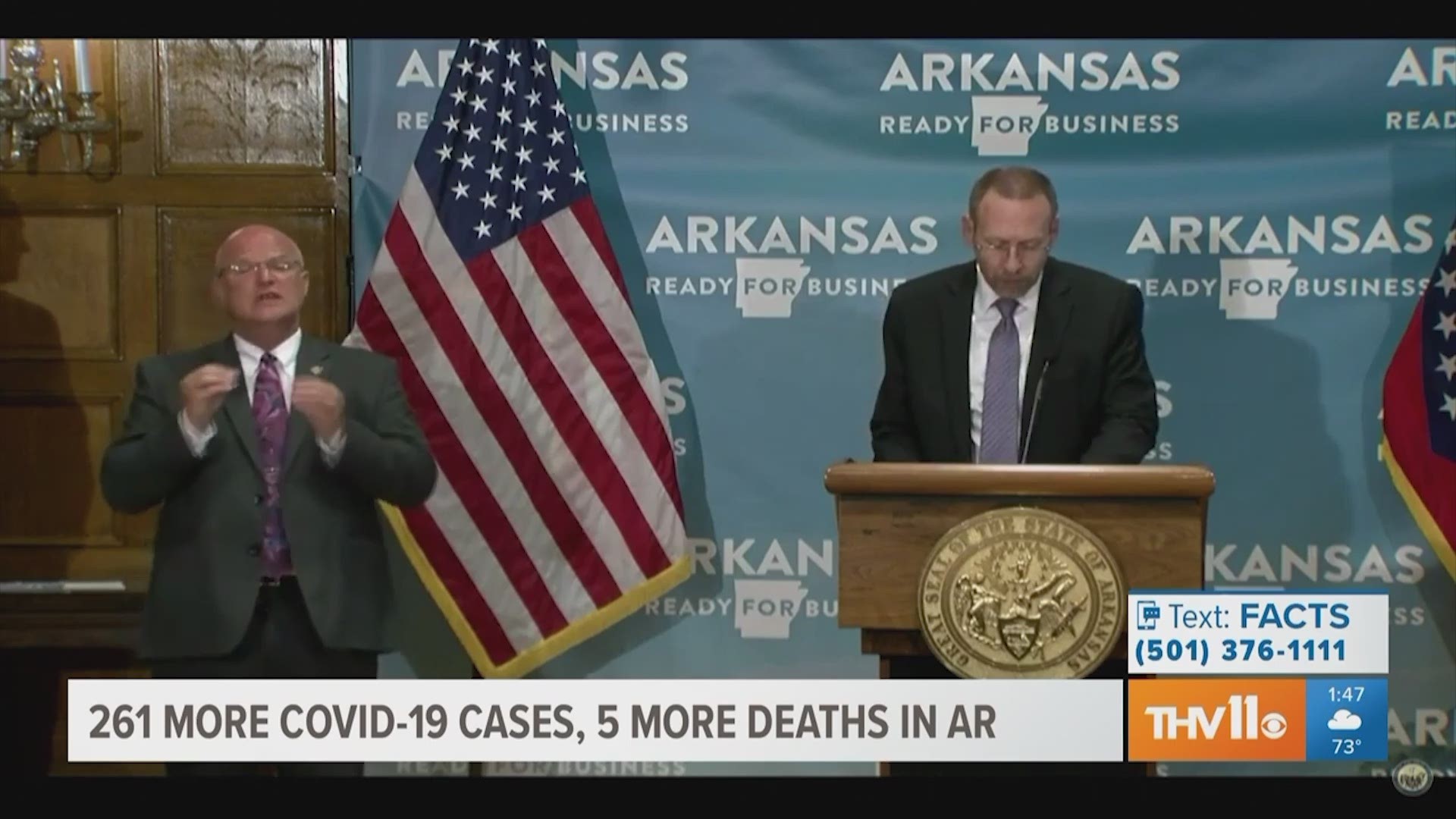 LITTLE ROCK, Arkansas — An Arkansas health official said Thursday that half of the known coronavirus cases in the state were asymptomatic.

Dr. Nate Smith with the Arkansas Department of Health made the statement during the state's daily press conference where it was announced there were 261 new cases.

"Overall of our total 6,538 cases, half of them reported no symptoms at the time of testing," Smith said.

Smith said that officials are seeing more asymptomatic cases as increase testing continues in the state.

The 261 new cases over a 24-hour period is the largest increase in community cases since Arkansas saw its first case on March 11.

Over the last 24 hours, 2,966 tests have been given in the state with a 3.9% positivity rate, according to Governor Asa Hutchinson.

Hutchinson said the national objective is to have a 10% positivity rate. He said that even though the amount of positive cases have increase, the "positivity rate is still very good."

Smith noted that during the state's second wave there's a focus of new cases in northwest Arkansas and a rapid increase in cases among Arkansas's Latino communities.

Currently, there are 1,830 active cases and 108 hospitalizations. There are 6,538 known positive cases of coronavirus in the state.

RELATED: Ask the expert: What have hospitals learned already about COVID-19?