During his weekly coronavirus briefing, Gov. Hutchinson said the state would not cancel Halloween and that it will be safe if guidelines are followed. 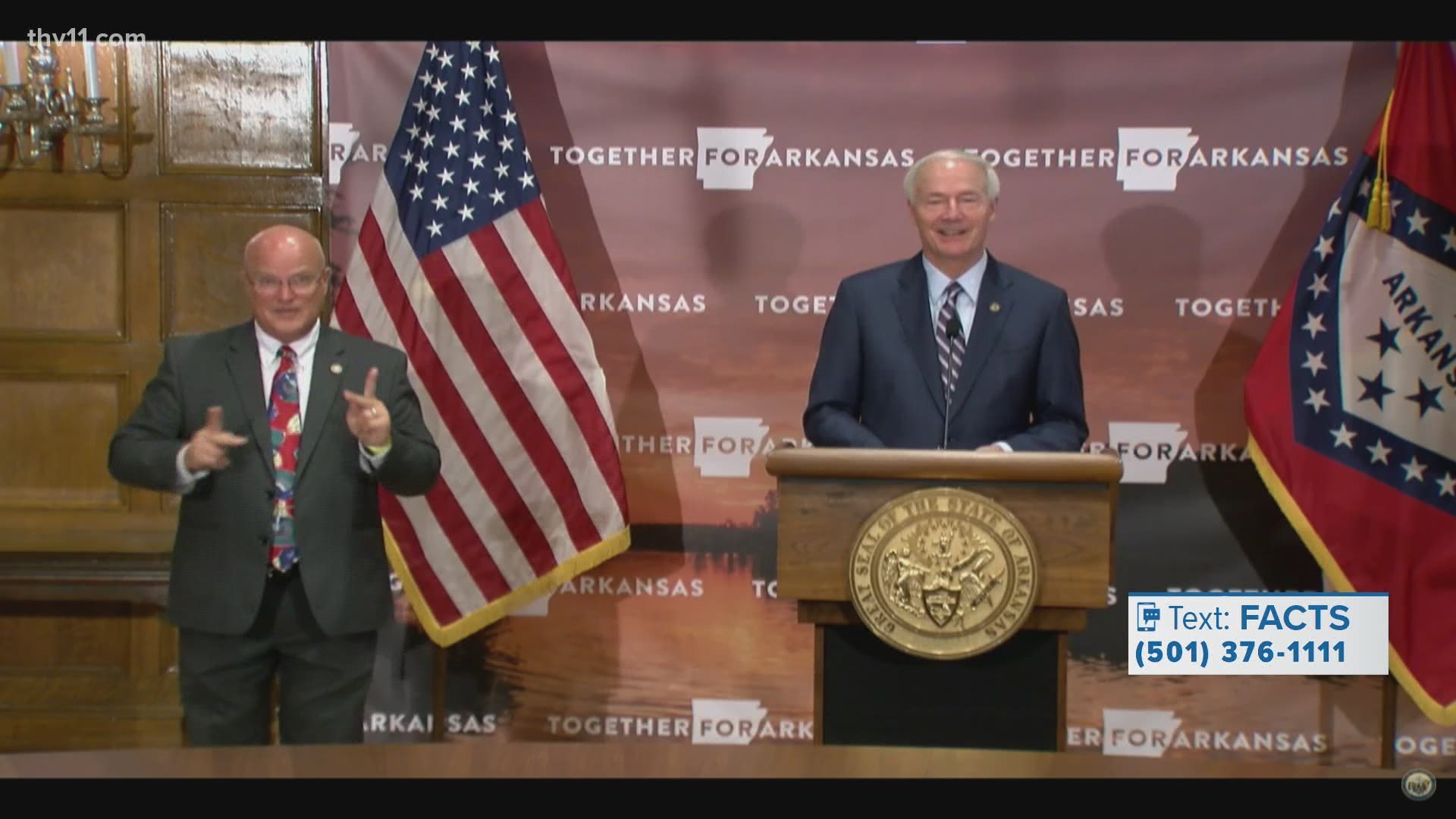 Hutchinson said he's already started to receive letters from young people asking him that he doesn't cancel the holiday.

"If you follow our guidelines then it'll ought to be a safe Halloween," he said.

Hutchinson said those guidelines include social distancing and wearing a mask, which he said shouldn't be hard during Halloween where the majority of people are already used to wearing masks.

The governor reiterated that he doesn't want gatherings during the holiday of 200 to 300 people in a gym or similar inside settings without a plan approved by the state's health department.

The CDC recently released its guidance on Halloween and other upcoming holidays.

In the guidance, the CDC is discouraging door-to-door trick-or-treating as well as attending crowded costume parties or haunted houses.