Here's what Phase 2 means as Arkansas continues to reopen economy 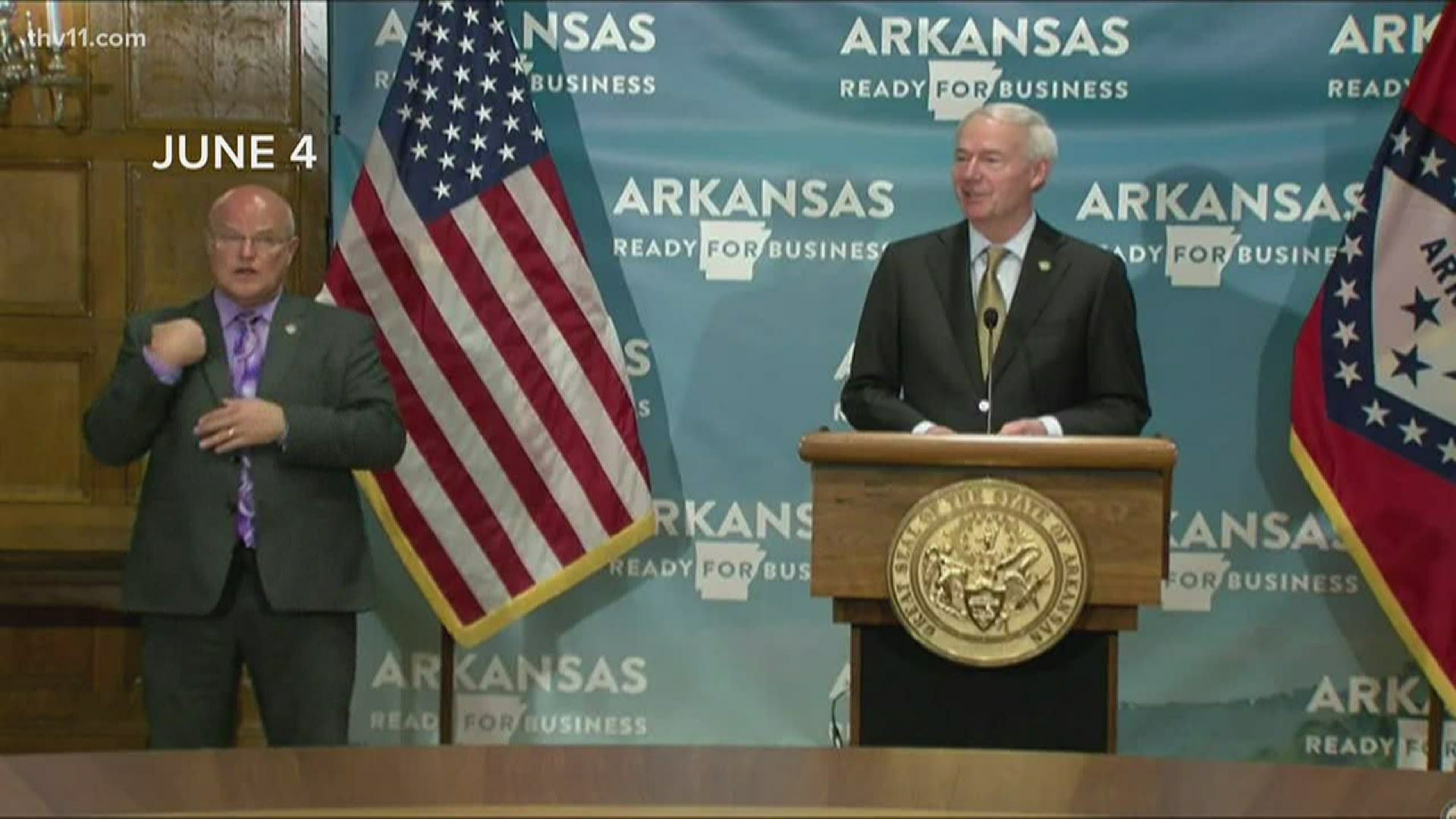 In April, the White House released three "phases" as guidelines for each state to use and translate how they see fit. The White House says Phase Two is "for states and regions with no evidence of a rebound."

More of what the White House laid out in Phase 2:

"ALL VULNERABLE INDIVIDUALS should continue to shelter in place. Members of households with vulnerable residents should be aware that by returning to work or other environments where distancing is not practical, they could carry the virus back home. Precautions should be taken to isolate from vulnerable residents.

All individuals, WHEN IN PUBLIC (e.g., parks, outdoor recreation areas, shopping areas), should maximize physical distance from others. Social settings of more than 50 people, where appropriate distancing may not be practical, should be avoided unless precautionary measures are observed.

What does Phase 2 mean for Arkansas?

Arkansas has technically been gradually introduced into Phase 2 over the past month or so. This included a line of reopenings in Arkansas—such as summer day camps, for example, which were announced to be reopened on May 18, nearly a month ago.

The governor said during the press conference on Wednesday that during Phase 2, Arkansans should continue social distancing and wearing a mask.

Beginning on Monday, June 15, restaurants and businesses will be allowed to fill up to two-thirds of their capacity, moving from the one-third capacity that was allowed during Phase 1.

What about the rise in cases?

Hutchinson said the number of COVID-19 cases, which have been steadily rising throughout the state, is not a result of the previously lifted restrictions from Phase 1, but instead, the increase in testing.

However, since Memorial Day weekend, hospitalizations have increased by 82 percent.

The criteria for a state or region to enter Phase 2, according to the White House, is when there is "no evidence of a rebound."

Hutchinson said this criterion isn't reasonable for Arkansas, along with many other states, because "there is no perfect decline" and our state's trend line has "hills."

The decision to enter Phase 2 was made based on the state of Arkansas as a whole. Areas with high numbers of positive cases, like Benton and Washington counties, will receive additional help during this time.