Administrators at two Arkansas hospitals say the surge is something they've been preparing to face for months. 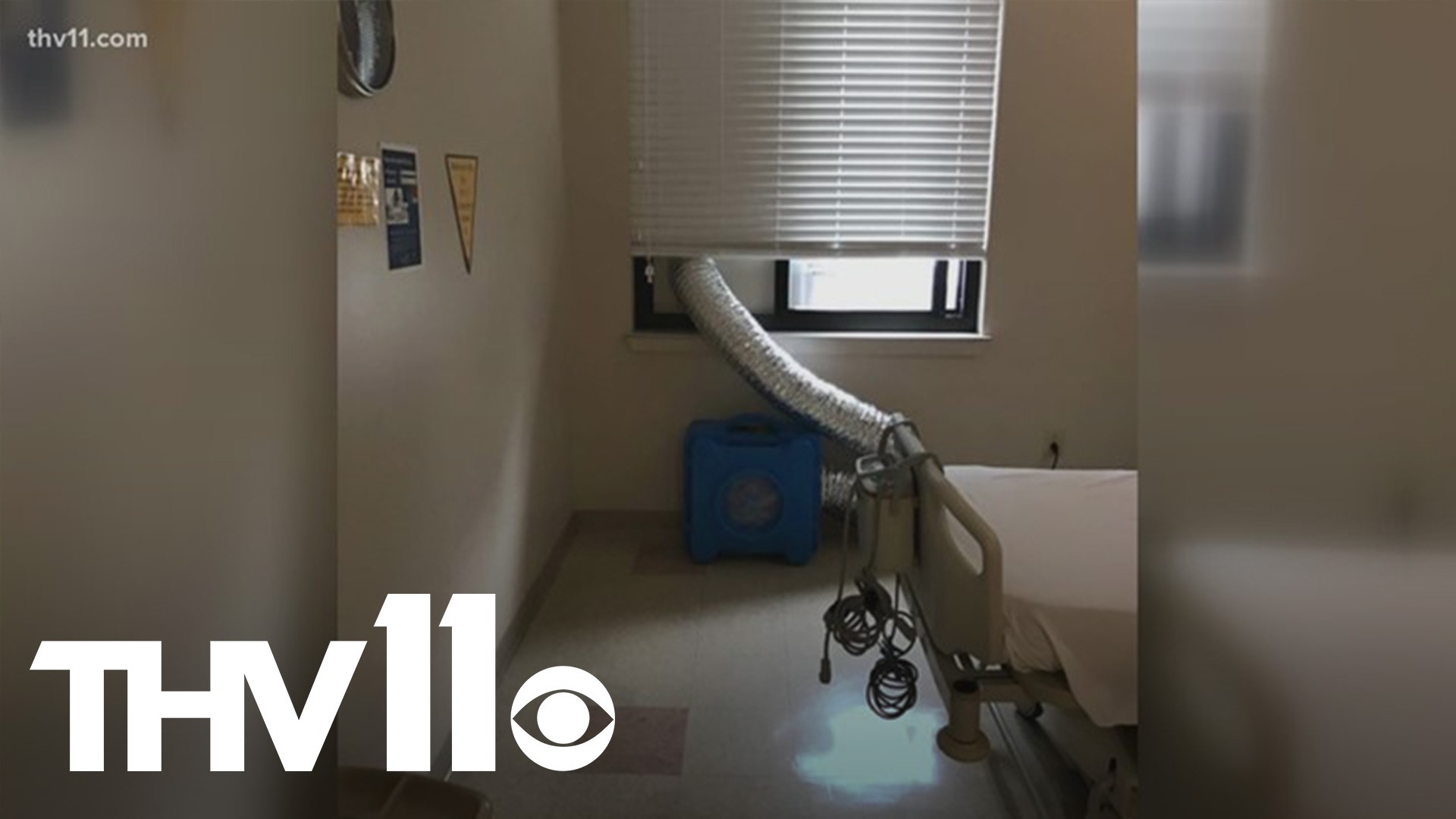 HOT SPRINGS, Ark. — As the number of patients hospitalized with COVID-19 reached a new high Wednesday, administrators in the state's southwest region say they are working through the wave of critical cases concentrated in that part of the state.

"Looking at those numbers it is somewhat chilling, but I think it's a part of the the tsunami that we've been expecting and preparing for knowing that the dark winter - as you've heard that phrase - is coming," said Peggy Abbott, president of Ouachita Medical Center in Camden.

Up until now, regional hospitals here have gone through trial runs in dealing with masses of patients. Numbers ticked up when outbreaks hit poultry plants and later after summer holidays.

This time, cases are rising everywhere, particularly in this part of the state. On Tuesday, Gov. Asa Hutchinson pointed to the area for the 57.26% of critical care beds occupied by COVID-19 patients.

"We've seen a significant increase of COVID patients in the hospital," said Dr. Douglas Ross, the president of CHI St. Vincent in Hot Springs. "In fact, this past week we did reach our maximum number ever since the beginning of the pandemic."

No patients have been turned away according to Dr. Ross, and adjustments in Camden have so far allowed that small facility to avoid transferring critical patients, but things are far from normal.

"On a normal day, we don't have six patients in intensive care or in our COVID unit who are that critically ill," said Abbott.

To meet the wave, Ouachita Medical Center created several ante-rooms to allow caregivers to isolate patients in their rooms without infecting hallways. Large sheets of plastic separate the spaces, and nurses and doctors undergo an arduous process of putting on protective gear before seeing each patient.

"It's a physically-wearing experience, as well as the emotional impact," said Abbott.

CHI St. Vincent in Hot Springs is the largest facility in the region with patients being treated, often from southwest counties that have no hospital serving them. That role as the regional provider is part of why Dr. Ross says the staff has withstood the wave so far.

"We prepare for these pandemics and we've been preparing for this for years," he said.

Both administrators are encouraged by recent progress on virus vaccines, but both are wary of what could happen if another surge piles in behind the current wave.

"Our strategy is looking forward to 12 months ahead of caring for the patient, hoping that in the summer we'll have that ebb, rather than the tide coming in," said Abbott.