Arkansas State Senator Jason Rapert brought in doctors who support the use of hydroxychloroquine despite both the FDA and CDC saying it has "no benefit." 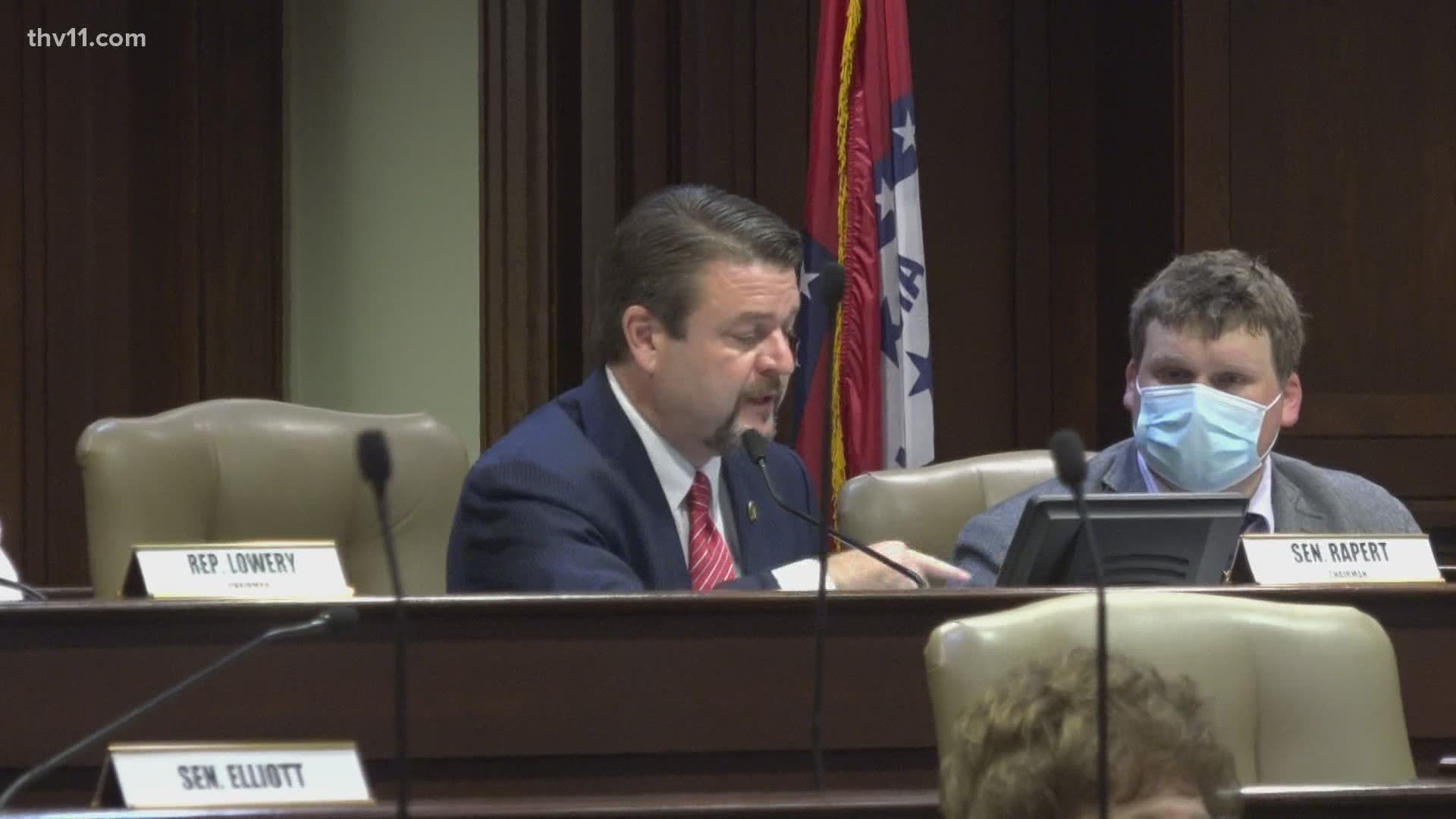 LITTLE ROCK, Ark. — Republican State Senator Jason Rapert used his position as chair of a key legislative committee to hear from doctors who support the use of hydroxychloroquine in the fight against COVID-19 and to grill the state health secretary over the department's guidance when it comes to prescribing the drug.

"I've got people in this state, in my own district, who were given Hydroxychloroquine and it turned them around," said Rapert of Conway, who co-chairs the Joint Insurance and Commerce committee.

Rapert recovered from COVID-19 this summer thanks in part to the drug Remdesivir, but he says using HCQ was ruled out after talking with his doctors.

He called experts from Texas and California to echo similar stories of doctors being told not to use the drug despite reports of success.

"There's a medication that works. It's FDA approved for 65 years. It's completely noncontroversial," said Dr. Simone Gold, an emergency medicine specialist who gained national attention for appearing in a pro-HCQ video that was praised by President Trump but labeled as misleading by Twitter and Facebook.

Dr. Gold and Dr. Robin Armstrong, a Texas ER physician, brought a stack of what they said were 53 reports testifying to HCQ's efficacy, but they faced skepticism from at least one lawmaker who pointed to "hundreds" of studies from the FDA and CDC that say it provides no benefit.

"I'm just telling you that opinions and anecdotal evidence is not sound science," said State Representative Deborah Ferguson (D - Parkin), who pointed to the current guidance from federal health officials getting blunted by what she called misleading from the panelists.

Ferguson's referral to family members in the medical profession and their concerns about patients getting mixed messages led to a heated exchange with Dr. Gold.

"You say your husband's a doctor. Your daughter's a doctor. This is irrelevant. Do not cast anything I've said or my colleague has said based on your own opinion," Dr. Gold said.

Rapert also called Dr. Sandra Young to speak after she said she quit her part-time job at the virus-stricken Conway Human Development Center when directives came down to quit giving out HCQ.

Rapert had an email from health secretary Dr. Jose Romero that seemed to say that and demanded an explanation.

"You may use it, but we are not in favor of its use nor will we recommend its use," said Dr. Romero, drawing a distinction between prohibiting it and recommending against it.

"I as a physician have never told another person not to use the drug if they're under the care of a physician. Medications can be used by physicians as they deem appropriate for their patients with a discussion and consent of the patient."

After the hearing, Rapert called Dr. Romero's answer untruthful and Dr. Young said she got a clear message in the email he sent her that she was not to prescribe the drug.

Rapert called for Gov. Hutchinson to question his health secretary on why he advises against the medicine, but at the daily COVID-19 media update, the Republican governor delivered a vote of confidence.

"I listen to everybody's guidance and information but it's Dr. Romero and the department of health team that I have confidence in," the governor said.