Arkansas lakes coming back to life despite coronavirus concerns 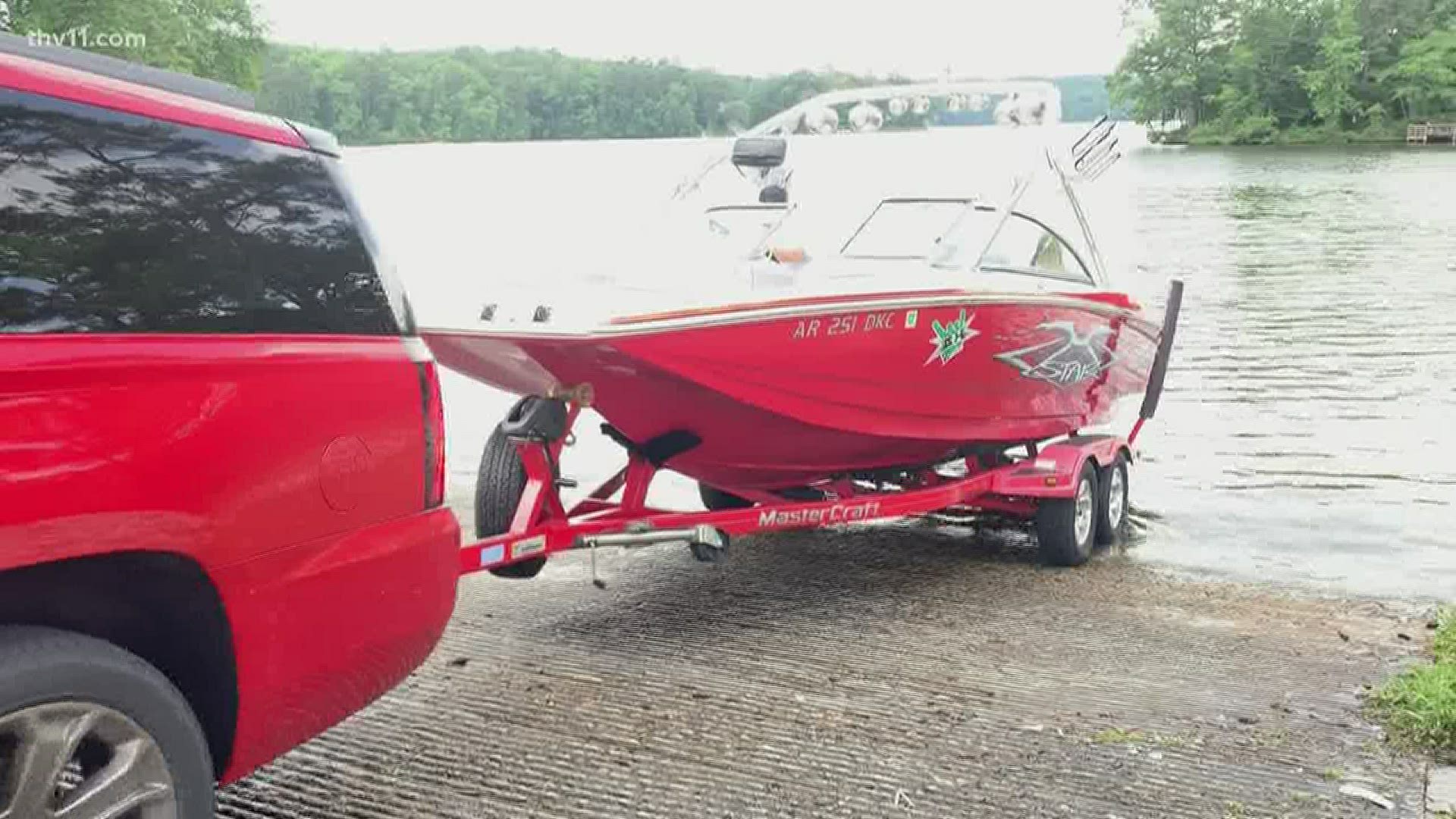 HOT SPRINGS, Ark. — A stormy weather forecast and general concerns about crowds in the middle of the coronavirus pandemic kept crowds down on Memorial Day on Lake Hamilton and other area boating destinations.

The holiday itself seemed quieter than the way the weekend began, when a group of boaters drew attention for gathering in one of the lake's shallow areas and didn't appear to be social distancing.

"It's to be expected, I believe," said Garland County Judge Darryl Mahoney. "People have been cooped up for some time now and they're just out, as my grandpa would say, feeling their oats."

That sentiment could be found among other beach and boat launch visitors, including some who traveled from out-of-state to spend the holiday in Arkansas.

"You know we've been locked up in Shreveport [Louisiana] for like 10 weeks, and people are like, hey we gotta get out and live life," said Ryan Amend, whose family came to Hill Wheatley beach with friends from Maumelle. "We spent yesterday on Lake Ouachita and it was just us nine on the boat. We didn't get around anybody else. We just tube and kinda hung out and get away from people."

The photo of the crowd of mostly young people appeared to have been taken in an area where the Ouachita meets Lake Hamilton.

It drew condemnation from some on social media and circulated with similar videos and pictures from Lake of the Ozarks in Missouri, where large crowds gathered in pools as that resort area opened for the high summer season.

By Monday, at least one typically busy boat launch by Carpenter Dam was quiet enough to be a fishing hole.

Another shallow area south of Lookout Point had a handful of watercraft anchored or slowly drifting.

That restraint served as a sign to the county judge that, for the most part, visitors and residents seemed to know what they have to do to stay safe from the virus.

"We have a personal responsibility," judge Mahoney said. "I encourage everyone to continue to use best hygiene, wash your hands as often as possible and practice safe distancing."

The judge is less worried about what the weekend crowd might say about the area while taking comfort in current stats that show the virus staying manageable in the county. He is focused on getting business back open and tourists back safely among those crowds.