After the first presumptive case of coronavirus has been confirmed in the state, schools throughout Arkansas are making plans to prevent further spread of the virus. 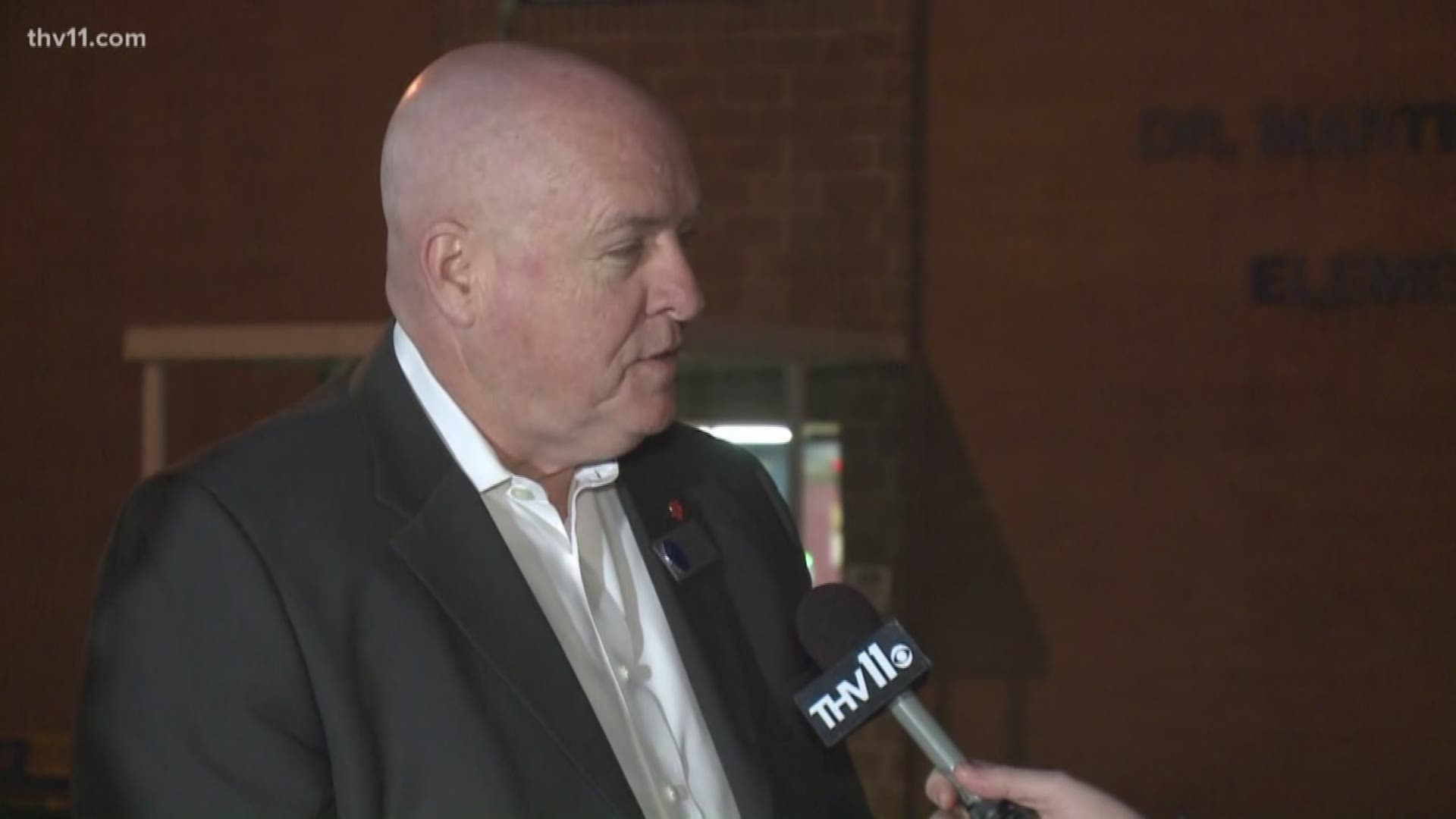 ARKANSAS, USA — In Governor Asa Hutchinson's press conference Thursday afternoon, March 12, he advised all schools in Saline, Jefferson, Pulaski, and Grant counties will close their campuses to prevent the spread of coronavirus and the illness it causes, COVID-19, throughout the state.

The schools will be closed beginning on Friday, March 13 and will reopen on Monday, March 30. Governor Hutchinson also said future school closures will come on a case-by-case basis.

The City of Little Rock is also working with several agencies on a plan to feed students after their classes were canceled over concerns of the coronavirus.

Below are the cities with schools that have announced a plan of action surrounding the virus.

The Henderson State University campus will shift to remote instruction beginning Friday, March 13, which will allow students to continue classes from home if preferred.

While the Henderson campus has no suspected or confirmed cases of COVID-19 at this time, they were notified that seven Henderson nursing students and one faculty member participated in clinicals at Arkansas Children’s Hospital where an employee tested presumptive positive for the virus.

Face to face classes will not resume before April 13th.

Conway Public School District said this morning they learned about one student in the district being quarantined by the Arkansas Department of Health (ADH). The student has not been confirmed to have coronavirus.

The student's sibling recently traveled home from another country where they were quarantined and showed no symptoms. Neither has shown any symptoms of the virus and it is just a precaution the student be quarantined.

The University of Central Arkansas

UCA has had a student quarantined since March 9 following possible exposure during out-of-state travel. The student has been tested for the novel coronavirus (COVID-19) and the results are still pending.

The student, roommates, and eight others who claim to have had close contact with the student were immediately quarantined.

Professors have been instructed to begin preparing their courses to move online if or when it becomes necessary.

Hendrix President W. Ellis Arnold sent an email to students and staff announcing the transition on March 13. Arnold said that there are currently no cases of COVID-19 at Hendrix, but this decision comes as a preventative.

At this time, there is no return date set for students.

The University of Arkansas announced that classes would shift online or be delivered through an alternate method for the remainder of the semester beginning Monday, March 16.

“While no members of the university community have been diagnosed with COVID-19, we continue to prepare for that potential while working to complete the current academic semester,” UA Chancellor Joe Steinmetz wrote in a message sent to the campus community. “With this in mind, we are suspending in-person classes effective immediately.”

Campus will not be closed and that university operations will continue.

A second-grade student that attends Pulaski Academy was in contact with the presumptive positive coronavirus case out of Pine Bluff. The student and their family will be entering self-quarantine for the next 14 days.

Pulaski Academy said the school will be closed for the rest of the week as a precaution. Many parents picked up their children early from school on Monday.

School activities, on or off-campus, have also been suspended.

Canceling classes and programs across all colleges and sending students home from all sites. (AC and UAMS)

University of Arkansas at Little Rock

The University of Arkansas at Pulaski Technical College campuses will be closed at the end of the day Wednesday, March 11 until at least Monday, March 30.

All courses that are face-to-face will be canceled during that time, while hybrid classes (classes usually both in-person and online) will be fully online until March 30 as well.

“Many UA-PTC face-to-face classes are hands-on and are not supported by the online learning environment, so we have elected to postpone classes until we believe it is safe for us to meet normally,” said UA-PTC Chancellor Margaret Ellibee.

UA-PTC said they are potentially dealing with one presumptive COVID-19 case related to the presumptive positive patient identified in Pine Bluff after a medical professional with a relationship to a UA-PTC employee returned home after having treated the presumptively positive Pine Bluff patient.

Though the employee has shown no symptoms, the employee has been advised to self-quarantine at home for 14 days. A second potential case concerns a respiratory therapy student who treated a patient who is currently being tested for COVID-19.

"All scheduled campus activities, including student programs, outside events, and CHARTS events are canceled until at least Monday, March 30."

All Central Arkansas Christian schools will be closed Thursday and Friday (March 12 and 13) this week after President Carter Lambert was contacted by a parent who had gone on a business trip and interacted with someone who has tested positive for COVID-19.

The person is a parent of a secondary campus student. The interaction on the business trip took place 12 days ago, and after 14 days of not showing symptoms of the virus, individuals are assumed to not have been infected.

The parent has not yet become ill, however, as a precaution, all campuses will be closed for the next two days.

All Shorter College faculty and staff will report to work like normal, but students will begin using AMI days starting March 13 until March 30. Students will be required to complete assignments and coordinate with professors through email.

The University of Arkansas at Pine Bluff has announced that the college will move to online courses until Monday, March 30 but administrative offices are open.

The college stated that there have been no confirmed cases of COVID-19 identified among any campus faculty, students, or staff.

"Eleven nursing students participating in clinicals, two faculty members, and several are believed to have had indirect contact with the patient who tested positive," UAPB said.

ADH officials have said that risk to the university's staff and students is low.

All scheduled campus activities, including student programs, and athletic events are canceled until Monday, March 30.

All university-related travel by employees or students is also suspended.

Southeast Arkansas College will close for cleaning after the school announced that three of their students were exposed to the patient that has tested presumptively positive for the coronavirus while they were working a clinical rotation at the Jefferson County Medical Center.

The students will be self-quarantined for 14 days, which is until March 30.

"Unfortunately, these three students were unaware of their exposure and attended classes in the McGeorge Building on campus Wednesday, March 11, 2020."

The University of Arkansas at Monticello campuses in Crossett and McGehee has moved all of their classes to a "virtual setting beginning March 12 until at least Monday, March 30."

No confirmed cases of COVID-19 have been identified among any campus faculty, students, or staff.

The governor said it is important to not panic; these closures are being made as a precaution.