The mayor said the city feels like "a rock concert everywhere." 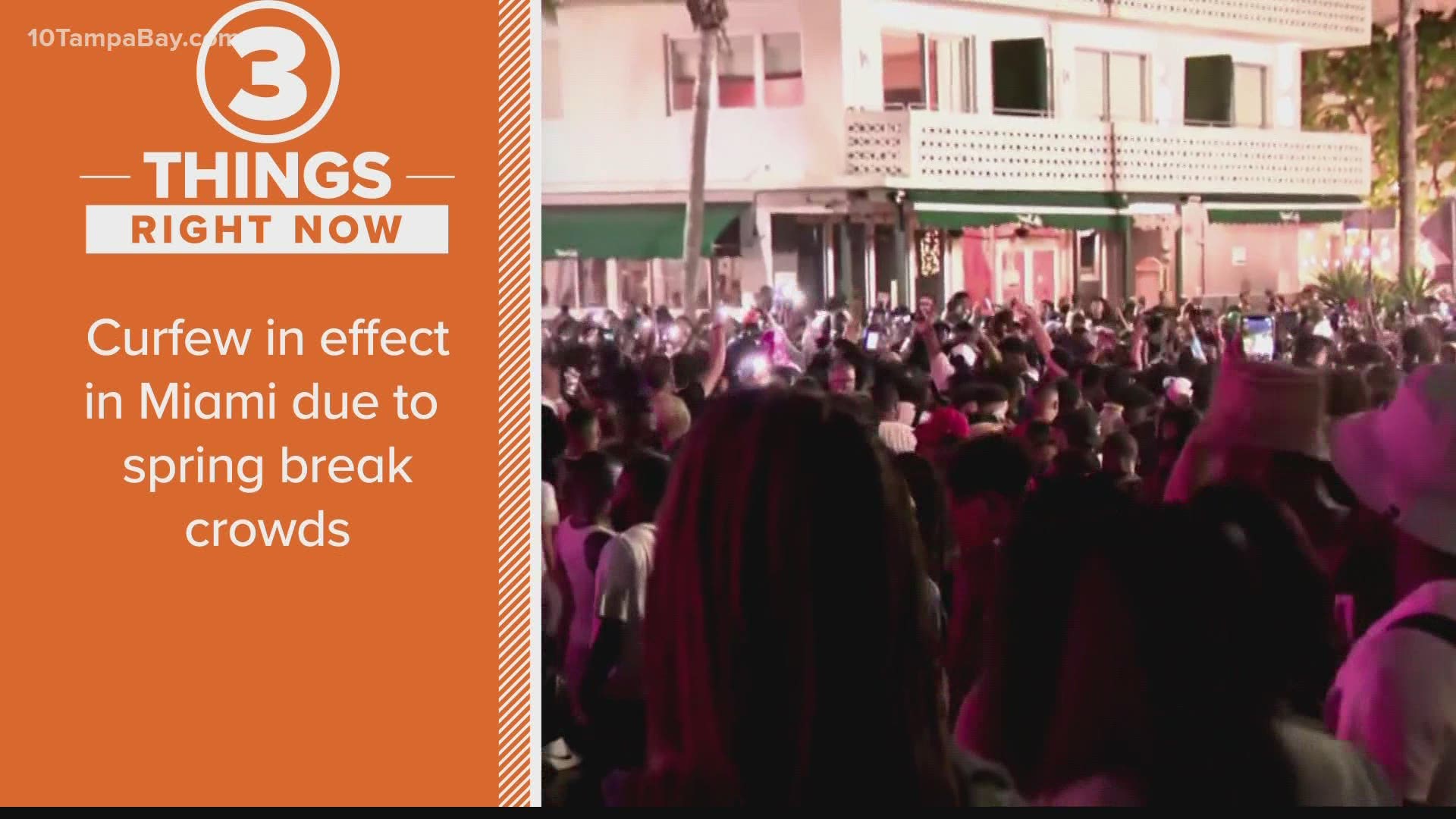 Starting at 8 p.m. Saturday, the city's entertainment district will be under a curfew, Mayor Gelber said. Additionally, Julia Tuttle and Venetian causeways eastbound as well as Macarthur Causeway eastbound will also be closing starting Saturday night from 9 p.m. to 5 a.m. Both measures will be in place for at least 72 hours, the mayor said. On Sunday, officials declared the emergency curfew would be in place for at least another week.

Tourists and hotel guests are being told to stay indoors during the curfew hours.

The measures are being put into place as an effort to control large crowds that have gathered during spring break, according to WPLG.

"This was not an easy decision to make," City Manager Raul J. Aguila said as he outlined all the measures. "But you saw the photos from last night. It was quite simply overwhelming. It looked like a rock concert: you couldn't see pavement and you couldn't see grass."

Miami Beach Police Chief Rick Clements said the need for the curfew and closures is because of the large crowds that gathered Thursday and Friday.

“We’ve done everything we can to try and mitigate the behavior that we are seeing, but quite frankly I am concerned that the behavior is getting more for us to be able to handle,” said Clements. “The department has been doing what they can.”

According to NBC 6, on Thursday police shot pepper balls to disperse a large crowd gathered at a restaurant where a fight had started. Multiple people were arrested as a result.

Credit: Al Diaz/Miami Herald via AP
Despite the coronavirus, spring breakers return to South Beach and walk along Ocean Drive that is closed to traffic on Thursday, March 12, 2021. Miami Beach officials are imposing an emergency 8 p.m.-6 a.m. curfew effective immediately, saying large, out-of-control spring break crowds crammed the beaches, trashed some restaurant properties and brawled in the streets. Tourists and hotel guests are being told to stay indoors during the curfew hours. (Al Diaz/Miami Herald via AP)