As Arkansas gradually opens up, there is a group of people who never sheltered at home. They didn't have any shelter at all. 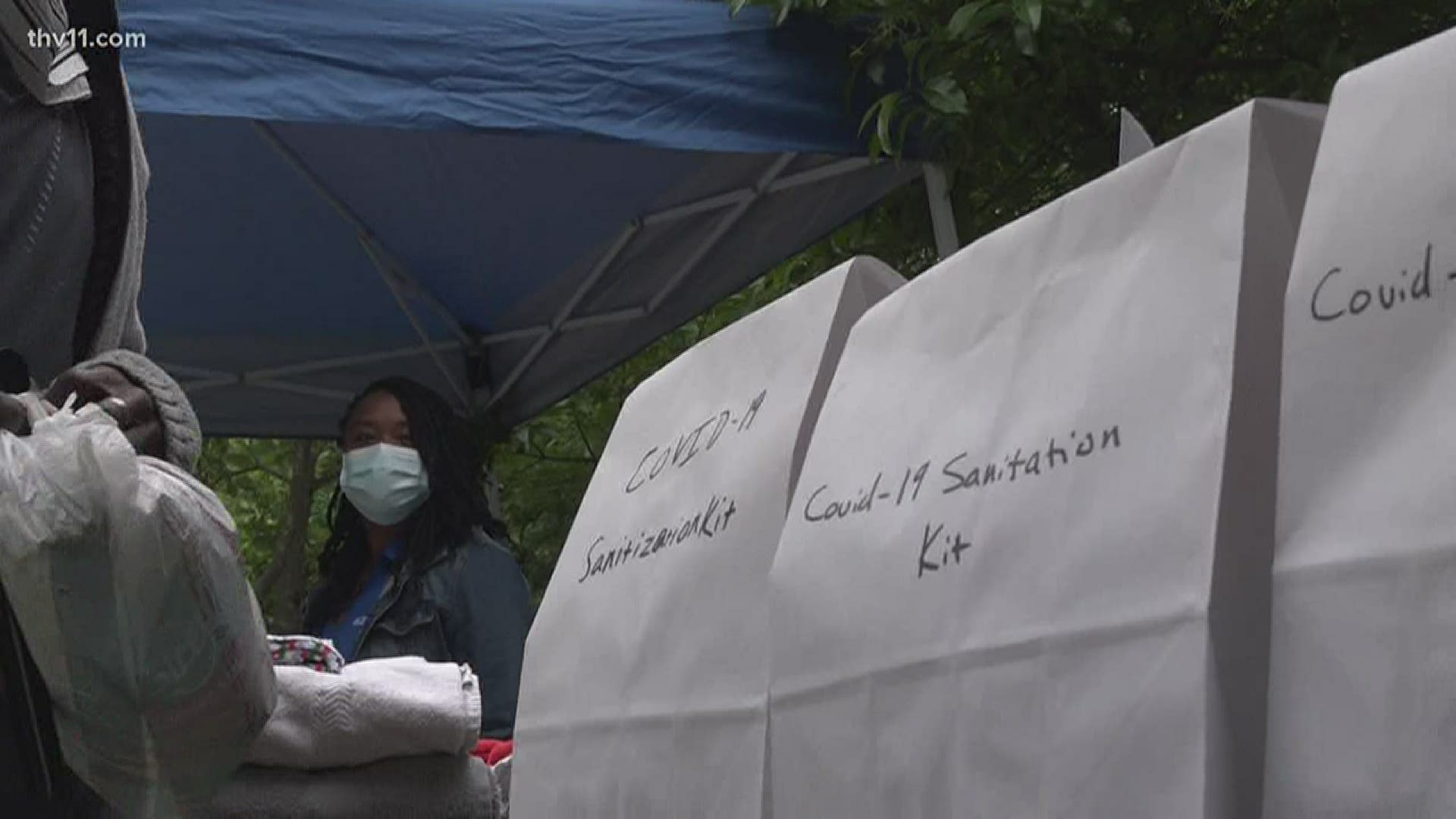 HOT SPRINGS, Ark. — As Arkansas gradually opens up, there is a group of people who never sheltered at home. They didn't have any shelter at all. Since the virus arrived, we have gone with almost no idea how many homeless people may have the virus.

The UAMS Mobile Testing Unit teamed with local community advocates to expand testing and get an answer to that question Monday in Hot Springs.

"In the homeless communities, there is a risk because people are living in close quarters and they're not necessarily able to social distance," said Dr. Jennifer Hunt, the chair of the pathology department and chief of the triage unit overseeing the Monday effort.

Hot Springs has a large homeless population relative to its size. While concerns over a testing shortage have subsided, some may criticize the thought of wasting resources on those without shelter. But organizers point to an important public health reason for testing them.

"So our folks are in camps all over the city, all over the county and there are many of us that try to help them as much as possible," said Sally Carder, the community coordinator for the event.

"If one of our homeless guys tests positive, or is a carrier, then it goes through those camps like wildfire," she said.

The event was open to anyone who wanted to be screened, but special outreach efforts drew dozens of men and women familiar to local volunteers. It was a novel idea for Dr. Hunt's team.

"This is the first one where there's really been an organized focus from the community to make it available to the homeless communities," she said. The unit has been all over the state, usually focusing on rural areas far removed from the UAMS flagship hospital in Little Rock.

The event also offered charity, including tents, blankets, a shower, and sanitary supplies, but determining a specific tent registered a steady stream of people over four hours.

Volunteers have been sidelined by the virus for weeks with non-profit groups short on cash or bodies able to help. But they got to join the frontlines again, and those like Dr. Hunt who have been fighting this whole time are grateful for the help.

"I've met people that I never would have met in the hospital and worked side-by-side, shoulder-to-shoulder with them...six feet apart of course," she said.