"I am frustrated by the fact that the issue of masks has become politicized. It doesn't have to be," said Dr. Jose Romero. 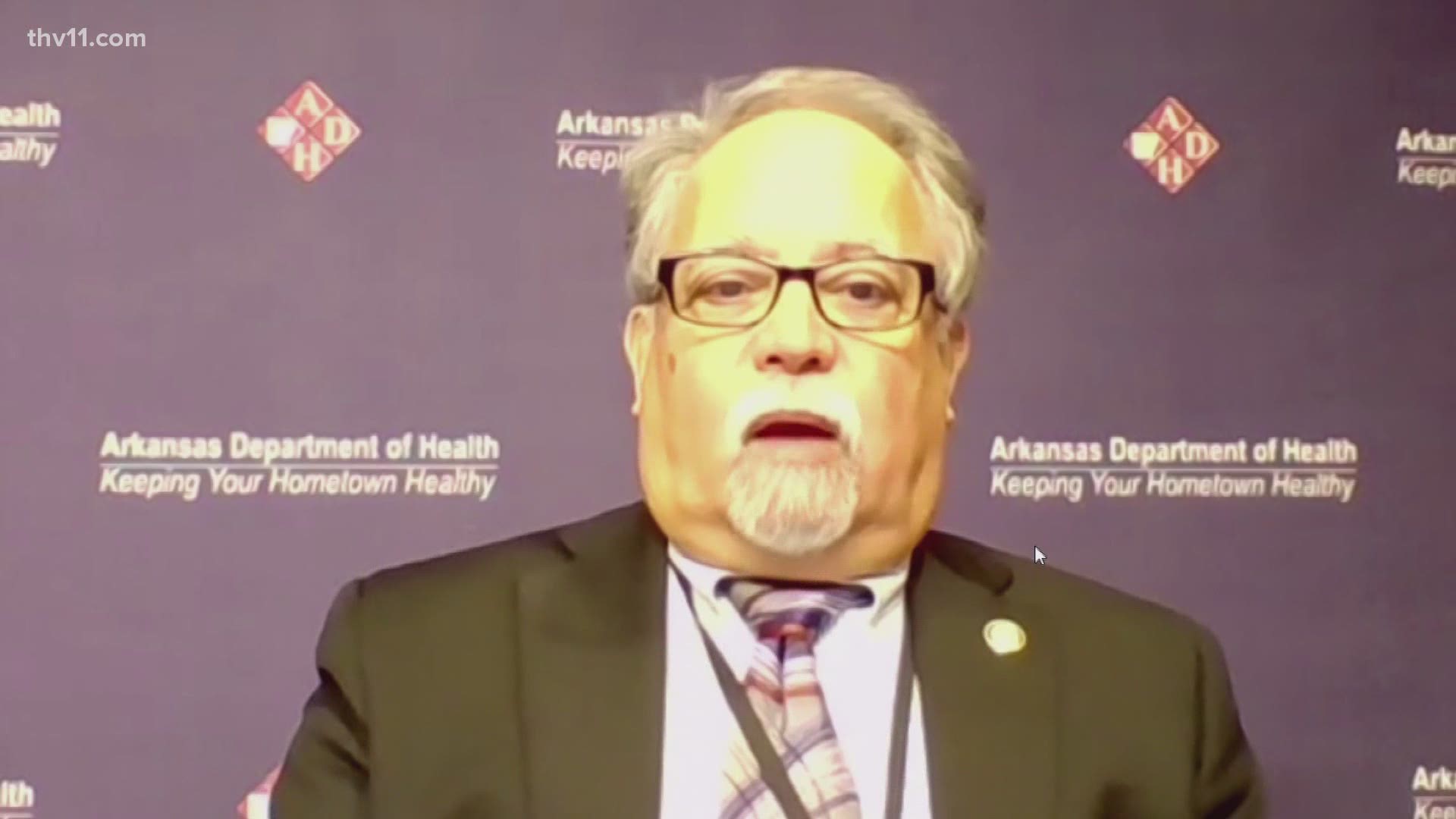 The interim state secretary of health took over from Dr. Nate Smith on Monday, taking on a role with the Centers for Disease Control.

RELATED: What you need to know about Arkansas’s mask mandate

Dr. Romero says he never set out to work in public health 40 years ago, but the specialist in pediatric infectious disease sees the opportunity with the ADH as an amplification of what he has always wanted to do: help a lot of people get better.

In a lengthy sit-down interview via video conference, Dr. Romero also says he wants to see politics pushed aside in the current pandemic fight.

"I am frustrated by the fact that the issue of masks has become politicized," he said. "It doesn't have to be."

The governor and Dr. Smith held off issuing a statewide mandate to wear face coverings despite surging cases throughout July. Dr. Romero says it was a coincidence that the governor finally announced one on the last day on the job for Dr. Smith. Both doctors and the governor agreed the case count had grown too high and the move was not political.

Dr. Romero sees our current battles on a broader scale than partisan bickering.

"In World War II, we all pulled together to get through that terrible crisis," he said. "The president has called this a war. And if you wish to use that analogy, it is."

Now that he is the general in this state's war, he can draw on experience convincing people reluctant to vaccinate their kids. He says he had some wins and some losses over the years after he presented parents with data, but now he is strident about the main tool we have in this struggle.

As a pediatrician, Dr. Romero is also advising the governor on plans to reopen schools. He addresses the science that has "turned upside down" when it comes to the way coronavirus doesn't appear to be spread readily by young children.

In the interview, Dr. Romero also touches on the role he will play reaching the Latino community that has been hard hit by the virus, particularly in northwest Arkansas.

The Arkansas Education Association and the Arkansas Chapter of the American Academy of Pediatrics are partnering for a virtual townhall Monday, July 27 at 5:30 p.m. to discuss what it will take to create safe learning environments for Arkansas’s students and educators. You can watch the event's live stream here.